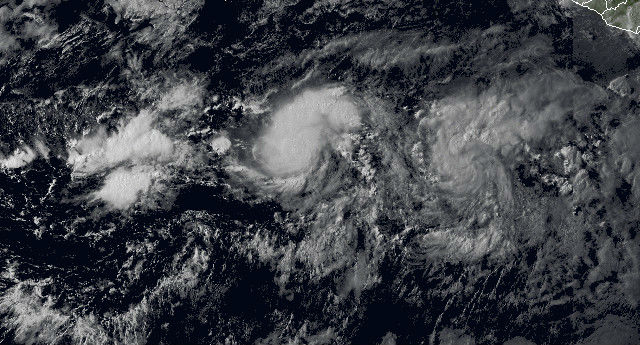 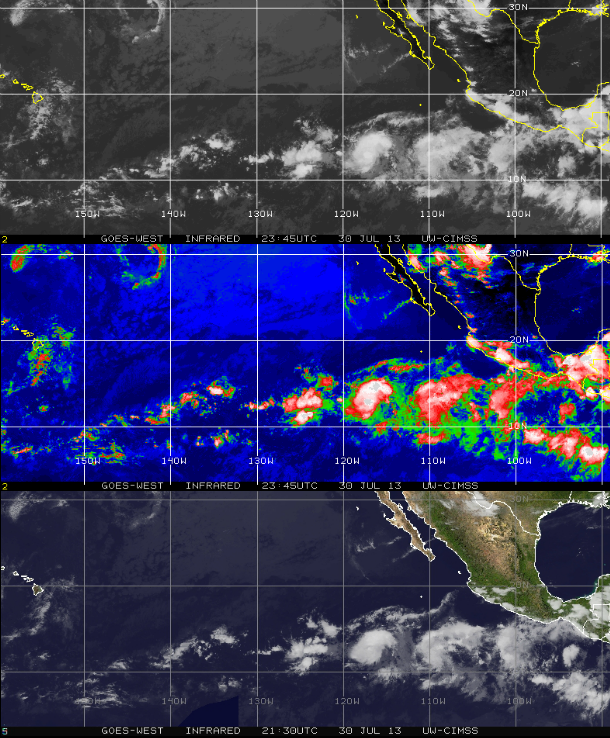 Tropical Depression 7E developed into Tropical Storm Gil late on July 30, 2013 and is now located 454 nm SW of Socorro Islands. It is moving west-northwestward at speed of 13 knots. Maximum sustained winds are 45 knots with higher gusts. Tropical-storm-force winds extend outward up to 35 miles (55 km) from the center. 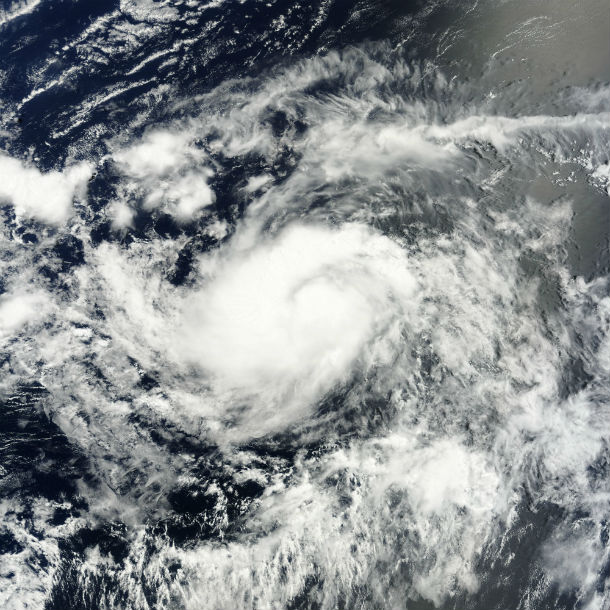 System's minimum central pressure is 1005 Mb (29.68 inches). The US National Hurricane Center (NHC) noted that it could later become a hurricane. TS Gil is located in the Inter-tropical Convergence Zone or ITCZ, but has plenty of moisture and is over warm sea surface temperatures that will help it strengthen over the next couple of days. 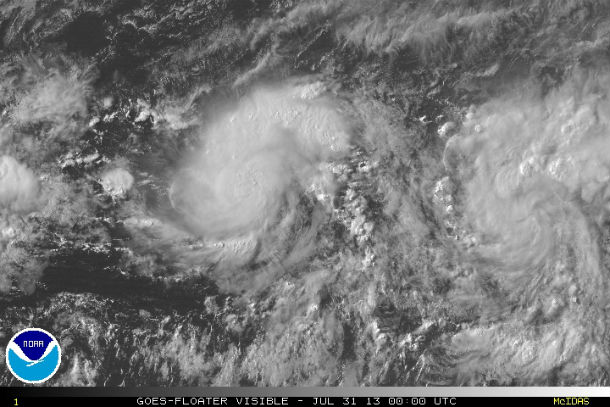 Another low pressure system located about 750 miles south of the southern tip of Baja California peninsula continues to become better organized as well. It is expected to become a tropical depression in the coming hours. NHC forecasters estimate a high 60% chance of becoming a tropical cyclone during the next 48 hours as it moves westward at speed of 10-15 mph. When the system reach tropical storm force winds it will be named Henriette. 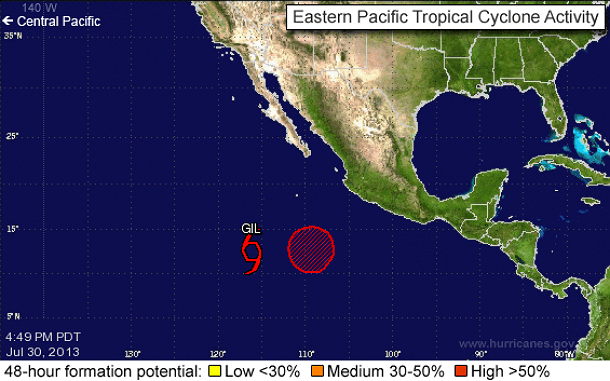