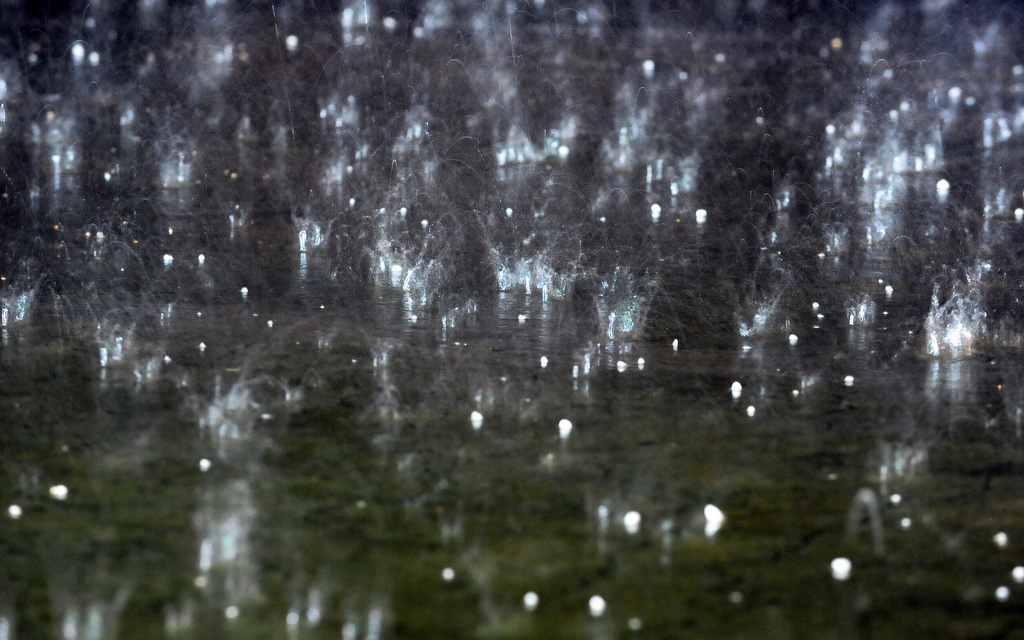 While most of Germany endures exceptional heatwave, eyewitnesses from village of Wassel in Sehnte reported hailstones the size of tennis balls on Saturday, July 27, 2013. AP brings video with images of damaged houses and vehicles:

While we may argue on the size of the hail on video, hailstorms during heatwaves aren't really strange. South London experienced something similar last week and Dr. Pete Inness, teaching fellow in meteorology at the University of Reading, explained the phenomenon to The Guardian:

The hail sits in the cloud, biding its time, getting bigger and bigger. "Eventually, it gets big enough to fall out," says Inness. "It is melting on the way down, but if it formed in a cloud that is cold enough, it will be frozen still when it hits the ground."

It takes a hailstone around a minute and a half to reach land and it just can't melt on the way down.