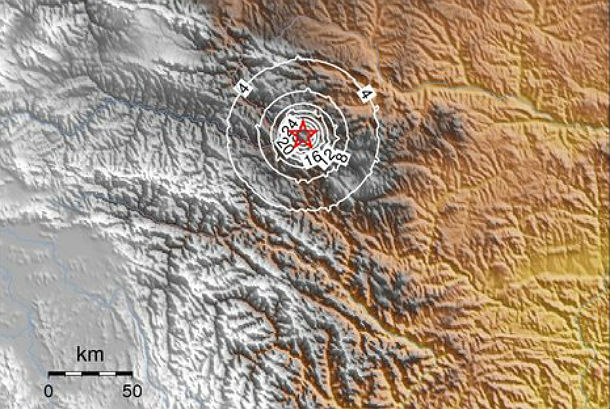 The epicenter was located 13 km east of Chabu, at the junction of the Minxian County and Zhangxian County, at coordinates 34.499°N 104.243°E.

The earthquake occurred as people were working in the fields and starting their work day. A strong aftershock measuring M 5.6, at about the same depth, hit about 90 minutes later.

Search and rescue efforts are now managed by Central Disaster Management team. Premier Li Keqying will overview personally every effort going on for rescue and relief. Earthquakes in China are divided into different categories. Some do only need local county response, others Province and the very big ones are managed by the Central Government.

An earthquake which is managed by the central government has all possible power to engage whatever means possible. Army, police even temporarily allocation of civilian aircraft lies in their power (ER). 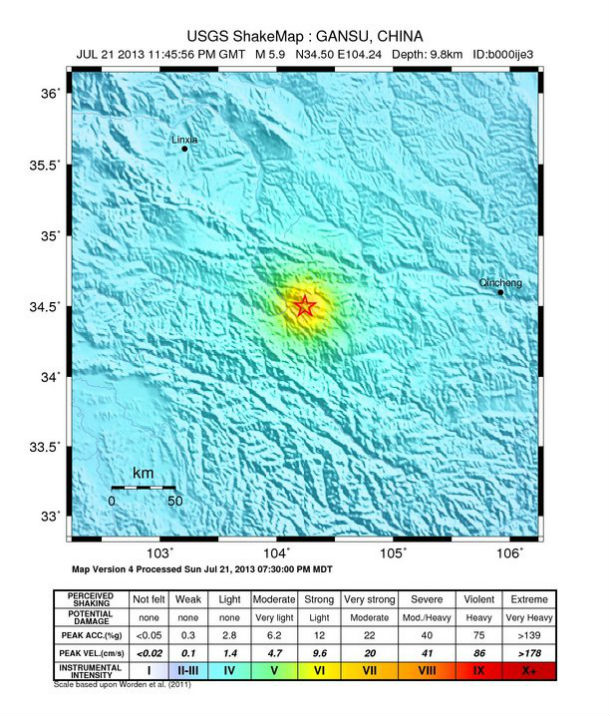 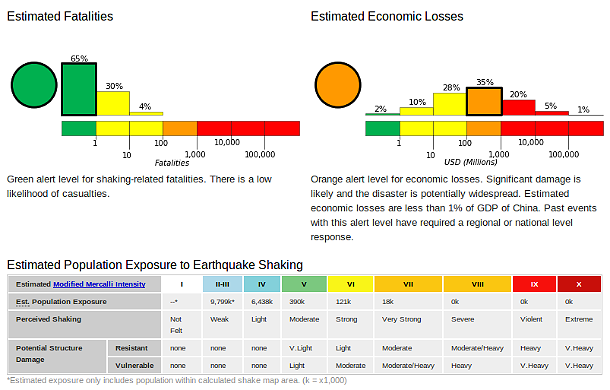 According to GDACS, about 3 300,000 people live within 100 km radius from the epicenter. USGS PAGER issued Orange alert level for economic losses.