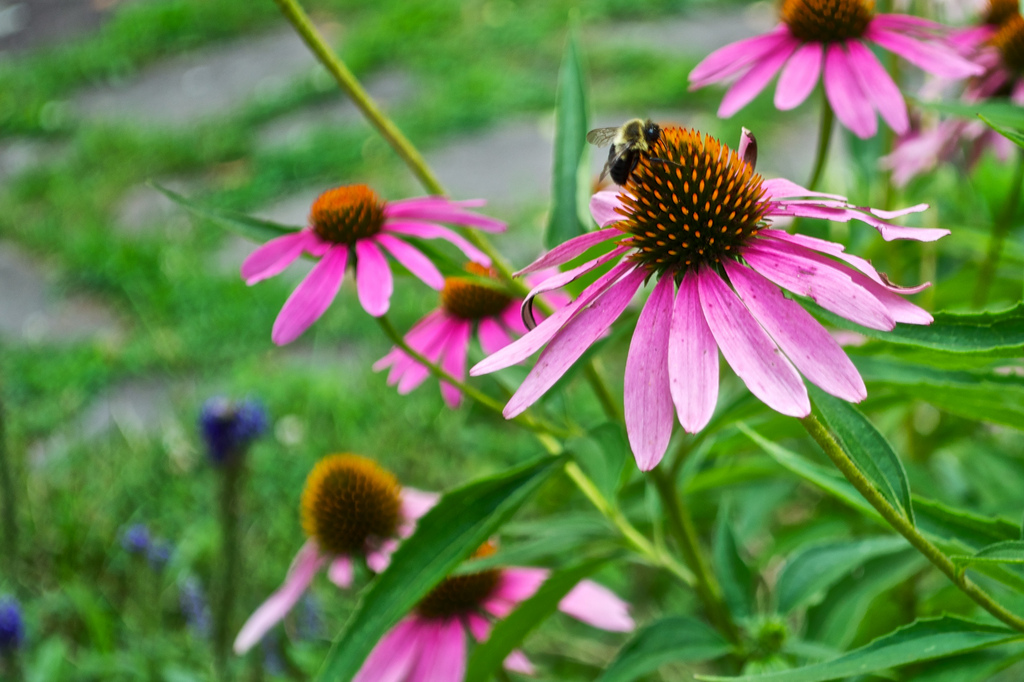 They are an amazing and highly beneficial insect species that quite literally underpins the sustenance of life as we know it on planet earth. But honeybees are increasingly threatened by an onslaught of harmful influences, not the least of which includes the perpetuation of industrial agriculture and its excessive use of toxic, bee-killing crop chemicals, both of which have contributed to the massive bee die-off phenomenon known as Colony Collapse Disorder, or CCD.

In a recent interview with Russell Scott, host of the radio show West Coast Truth, bee expert Dr. Reese Halter explains the importance of bees for pollinating crops, producing beneficial honey and other medicinal food substances, and most importantly for sustaining the world's natural life cycle. A conservation biologist who has traveled the globe studying bees, Dr. Reese offers unique insights into where bees originally came from, how they function, and how certain human interventions are disrupting their normal activity and even killing them off.

"To begin to tantalize the wonderment of this critter … the next time any one of us takes a hearty teaspoon of honey, would you believe that that's 6,000 miles, 10,000 kilometers, that a dozen bees have spent their entire foraging lives – three weeks, seven days a week working – to make that one teaspoon," says Dr. Reese.

The author of nine books, including the highly informative The Incomparable Honeybee and the Economics of Pollination, and host of the famous PBS nature series Dr. Reese's Planet, Dr. Reese has spent decades studying planetary life, and particularly the lives of bees. There are as many as 40,000 different bee species in existence, according to Dr. Reese, only 20,000 of which have been discovered. And their primary purpose, he says, at least as far as honeybees are concerned, is to collect pollen as a source of protein and energy for their young.

As part of their pollen-collecting duties, bees also pollinate at least 80 percent of the food crops we rely on for sustenance. Without bees, many of these crops would not produce fruit, which means no more food for humans. This is why it is crucial for bees to not only survive, but also to thrive, as life depends on their efficient foraging activities, which also produce important medicinal foods like honey, bee pollen, propolis, and the ultimate superfood, royal jelly.

"The main role of the bee, of course, is to pollinate," says Dr. Reese. "Currently, there are at least 235,000 different flowering plants on earth, and bees are responsible for at least 80 percent of cross-pollinating those plants."

You can listen to the full interview here: http://youtu.be/UIKnLqK8g_4

But bees are under attack. No, not by an invasive species per se, unless of course human beings fall into this destructive category. As it turns out, modern agriculture techniques that involve spraying crops with untold tons of toxic chemicals are also killing the world's soils, which in turn are killing off the bees that feed on the plants that grow in these soils. It is a highly destructive cycle of death that could one day make it virtually impossible to grow enough food to sustain life.

"The bees are trying to tell us something very clearly," adds Dr. Reese. "The way we are operating … isn't working. We've lost a quarter of a trillion honeybees, which have died prematurely in the last four years. We call this Colony Collapse Disorder, and it's the combination of a number of factors," including the use of neonicotinoid pesticides.

Be sure to listen to the complete interview with Dr. Reese to get the full story on honeybees and their importance in sustaining life: http://youtu.be/UIKnLqK8g_4