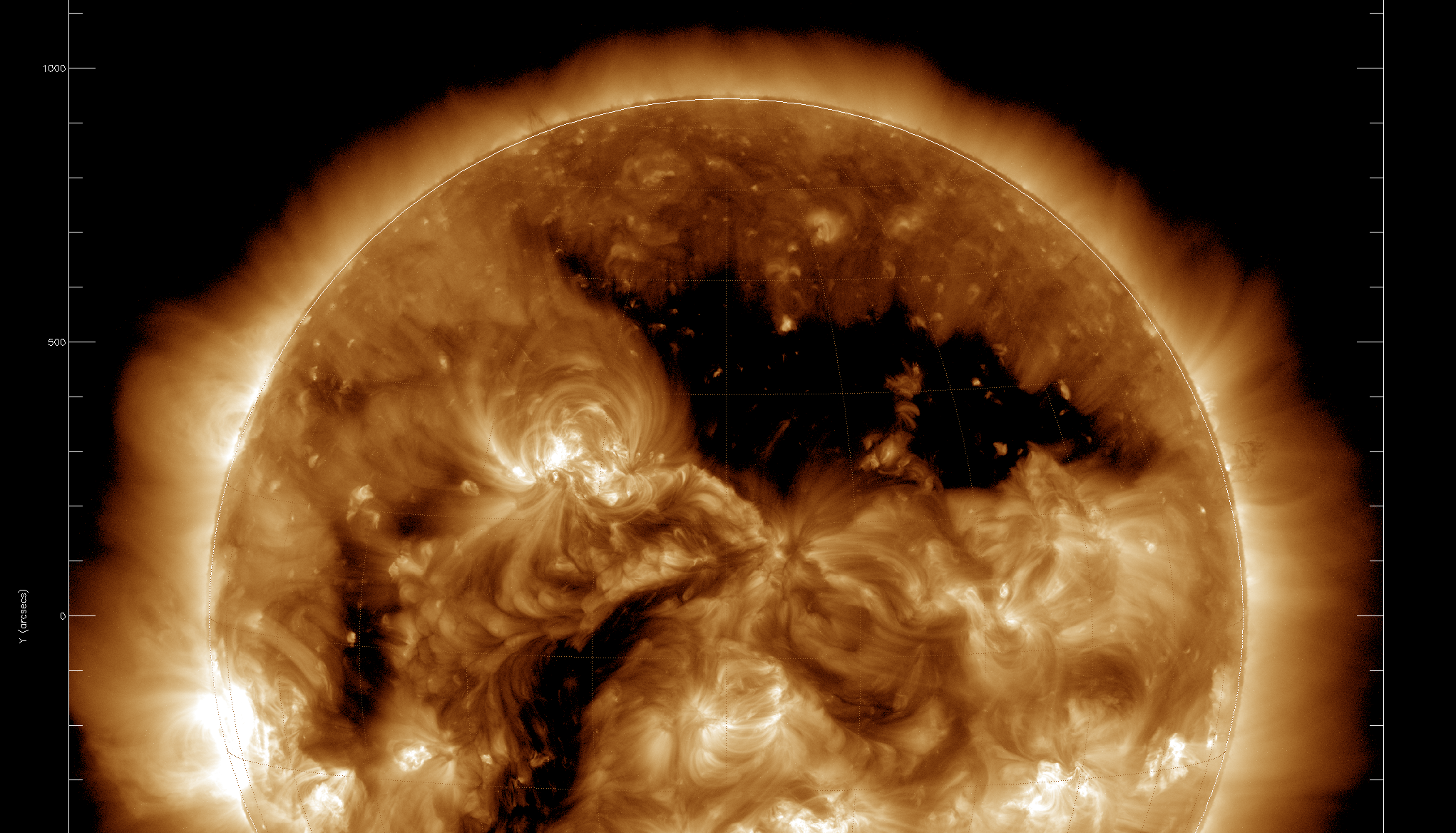 A vast coronal hole stretching more than a million kilometers across the sun's northern hemisphere is facing Earth. A stream of solar wind flowing from this coronal hole (NOAA CH 575) should reach Earth on July 19-20, 2013 so increased geomagnetic activity levels will be possible under the influence of the high speed coronal hole stream.

The Earth is still inside the fast speed stream due to the low-latitude coronal hole in the northern hemisphere. At the moment the solar wind speed is about 600 km/s and the interplanetary magnetic field (IMF) is rather stable with the magnitude of about 6 nT, blowing southward. 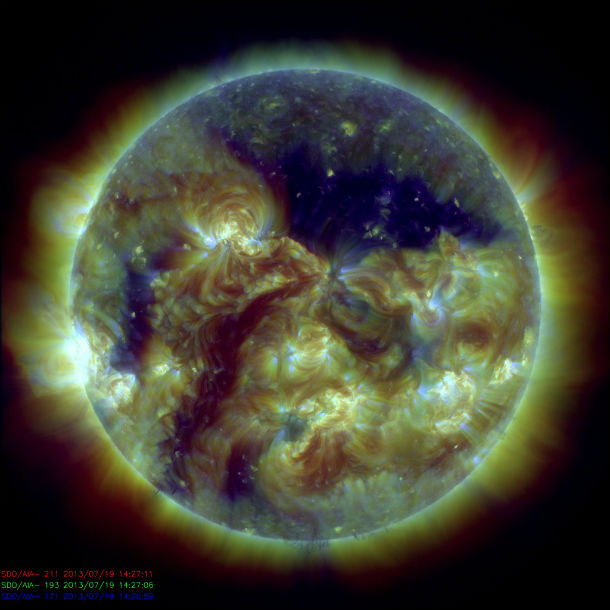 The combined impact of the CME and the incoming solar wind stream could cause some geomagnetic disturbance around Earth in the days ahead. NOAA forecasters estimate a 65% chance of polar geomagnetic storms on July 19-20, 2013. 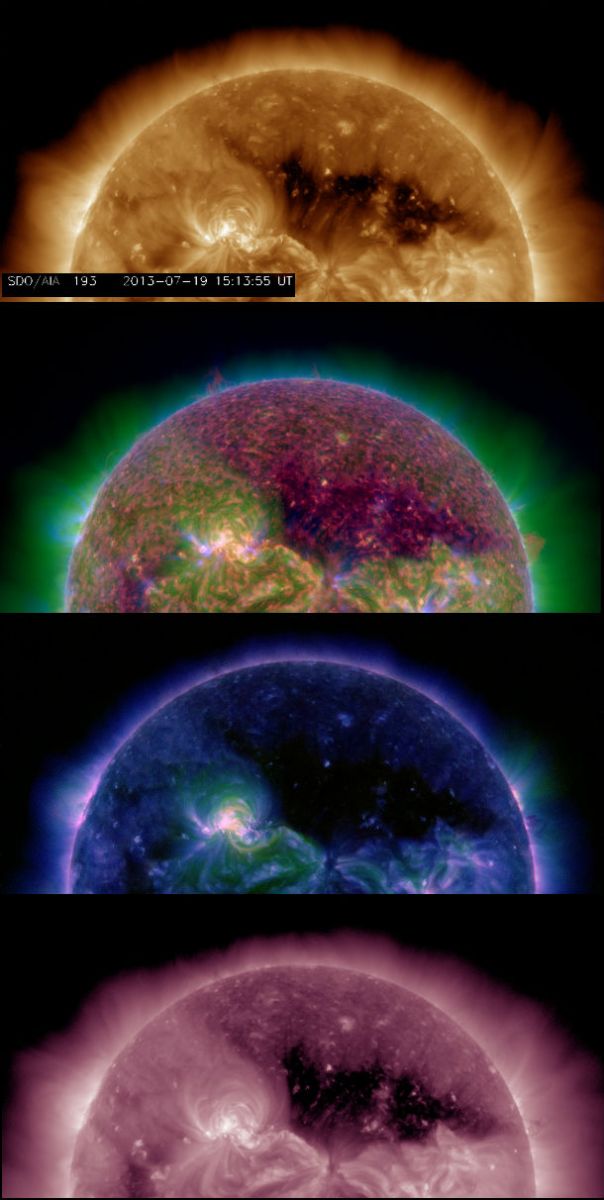 Coronal holes are places in the sun's upper atmosphere where the magnetic field opens up and allows solar wind to escape. A broad stream of solar wind flowing from this particular coronal hole should reach Earth in the next 24 hours. 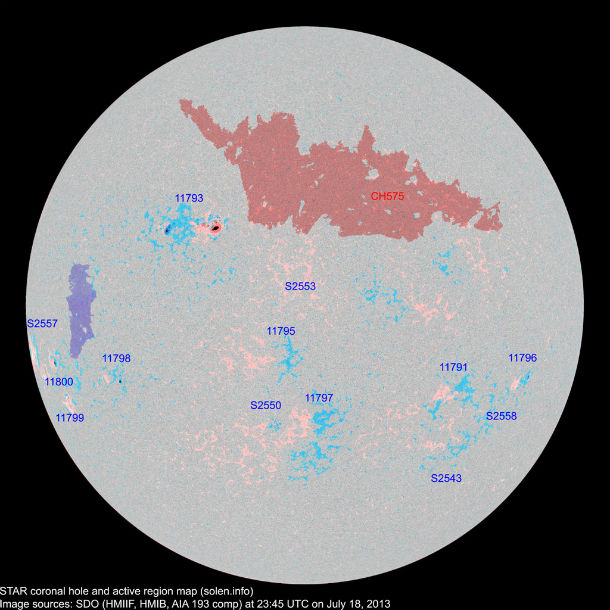 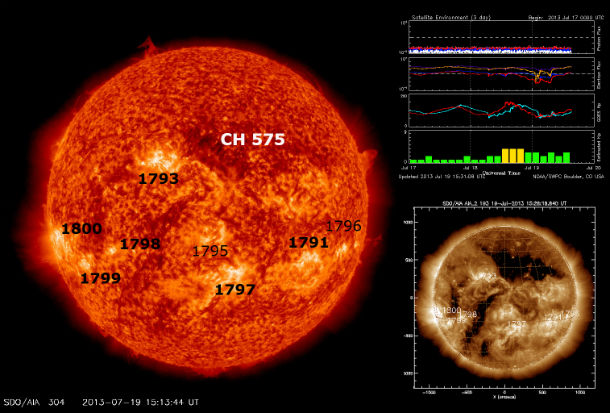 The solar activity is at low levels. The prominence eruption on the east solar limb at about 17:59 UT on July 18, 2013 was associated with the CME first seen in the SOHO/LASCO C2 field of view at 18:24 UTC. That CME might be Earth directed.

There are currently 7 numbered sunspots on the visible solar disk. Sunspot 1793 still has beta-gamma magnetic and is capable of producing M-class flares. NOAA/SWPC forecasters estimate 15% chance of M-class solar flare eruption in the next 24 hours.