Solar activity remained at low levels for the past 24 hours. However, there were two large prominence eruptions on January 23, 2013. First large prominence erupted from the southern limb in early hours, producing south-directed  CME cloud, away from Earth. It was followed by filament channel eruption in the northeast quadrant, producing another CME cloud, also, away from Earth.

NASA’s Solar Dynamics Observatory recorded the eruption that hurled the Mercury-directed CME (Credit: SDO) CLICK ON THE IMAGE TO START THE ANIMATION
The CME was first observed in the SOHO/LASCO C2 field of view at about 14:00 UTC, had angular width of about 240 degrees and projected speed around 500 km/s. It was associated with a prominence eruption and EIT wave, situated at the moment of eruption on the North-East of the Sun. It seems that the CME was directed somewhat northward of the Sun-Earth line. Therefore, we expect the arrival of only a CME-driven shock at the Earth, probably late on January 26 or early on January 27. It might result in active geomagnetic conditions. 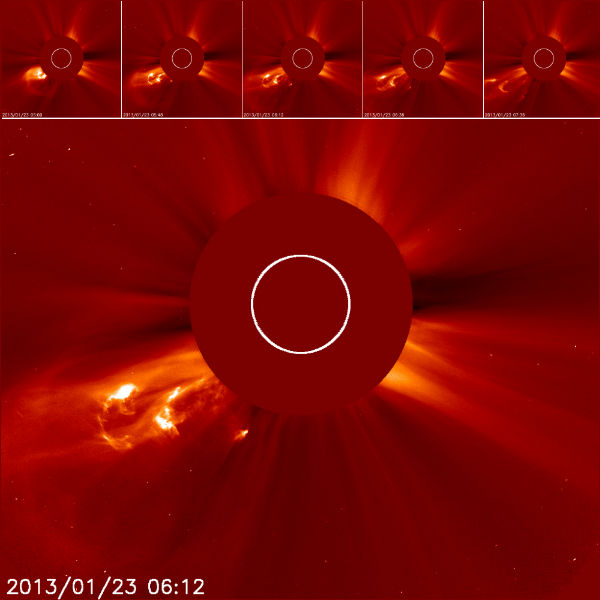 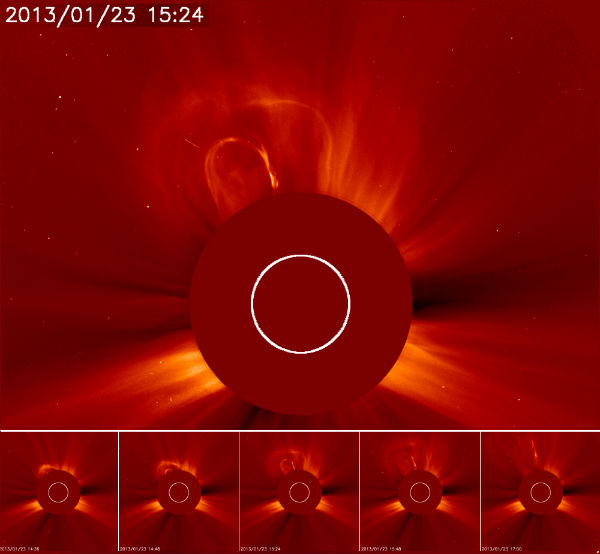 Currently, there are four sunspots visible on the Earthside of the Sun. None of them is actively flaring. Three new sunspots will be visible in the coming days. NOAA/SWPC  forecasters estimates M-class solar flare today at no more than 10%.

Geomagnetic field remained at quiet levels for the past 24 hours. Electrons greater than 2 MeV at geosynchronous orbit reached a peak level of 367 pfu.Quiet to unsettled levels are expected for the next 48 hours due to the anticipated onset of a coronal hole high-speed stream. NOAA/SWPC forecasters estimate a 20% to 25% chance of polar geomagnetic storms in the next 48 hours. 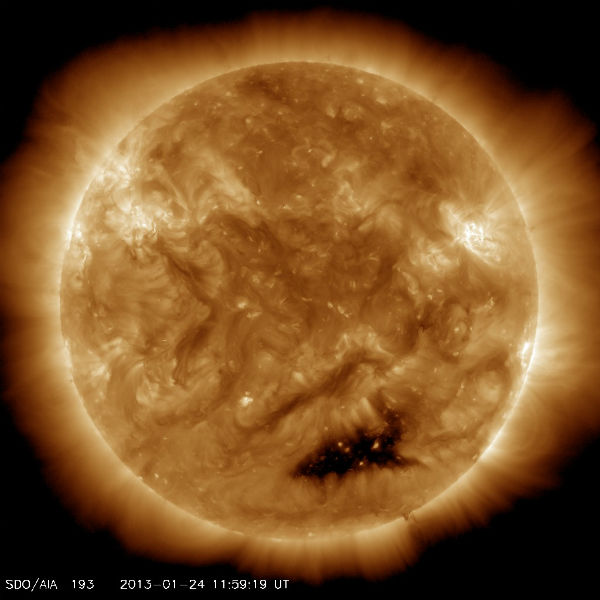