New sunspot AR1295 is emerging over the sun's northeastern limb and crackling with solar flares. The strongest so far, a C9.9-category blast, did something remarkable. Click on the arrow to watch an extreme ultraviolet movie from NASA's Solar Dynamics Observatory: 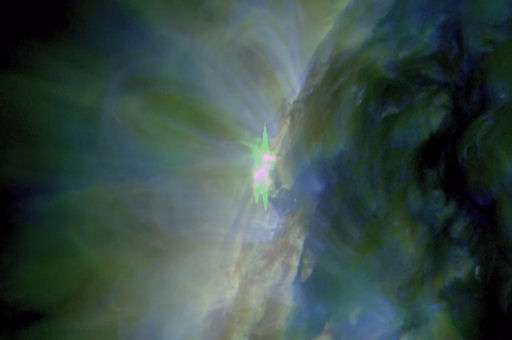 In the movie, the underlying explosion (marked by the flash of extreme UV radiation) hurls material upward. The ejecta crashes into a loop of magnetism above the sunspot, stretching the loop until the material breaks free. Coronagraph images from the STEREO-A spacecraft confirm that a cloud of plasma (a CME) left the scene.

This sunspot will not turn toward Earth for several days. Until then, CMEs leaving AR1295 should continue to miss our planet.

A solar flare approaching M-Class status (C9.9) took place at 20:54 UTC Monday. The source is a new group of Sunspots and magnetism numbered 1295 which is currently rotating into view on the Northeast limb.

Sunspot 1283 which was the source of all the flare activity and the cause of the Geomagnetic Storm on Friday is now located on the western limb and out of direct earth view. 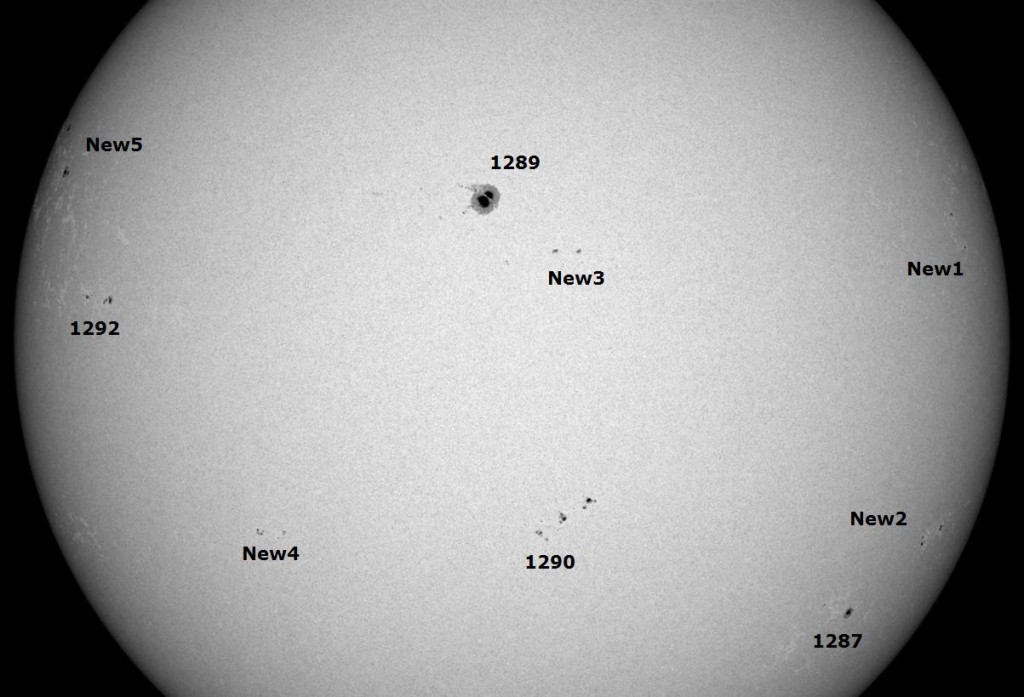 Many new regions are popping up all over the visible solar disk, including newly numbered regions 1293, 1294 and 1295. Currently Sunspot 1289 remains the largest of all visible sunspots. There will be a chance for C-Class flares and perhaps a risk of an M-Class event should any of these Sunspots continue to develop.

The Coronal Hole Solar Wind stream is currently over 600 km/s and this is helping to stir up minor geomagnetic activity at high latitudes. This may persist over the next couple of days. Be on the lookout for Aurora if you are very high in latitude. (SolarHam) 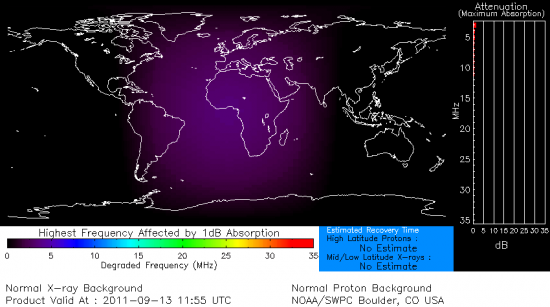 Geophysical Activity Summary 11/2100Z to 12/2100Z:
The geomagnetic field has been unsettled to active during the past 24 hours due to effects from a favorably positioned coronal hole high speed stream (CH HSS). The greater than 2 MeV electron flux at
geosynchronous orbit reached high levels during the period.

Geophysical Activity Forecast:
The geomagnetic field is expected to be quiet to unsettled with isolated active periods for days one and two (13-14 September) due to effects from a CH HSS. Mostly quiet conditions are expected on day three (15 September) as CH HSS effects subside.