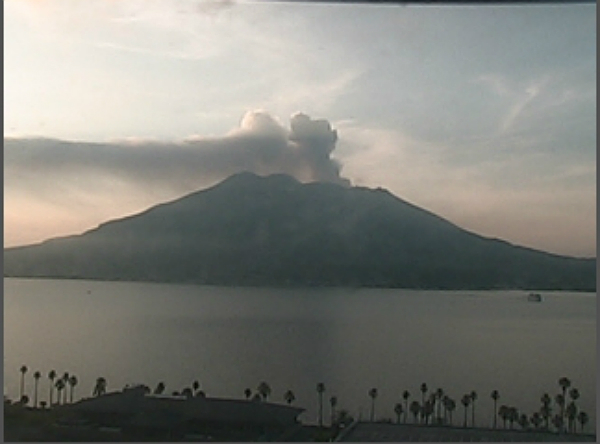 On July 19, 2013 at 03:08 UTC Sakurajima volcano in Japan produced one of the strongest explosions in over a year, emitting a huge ash cloud that reached around 6 km (20 000 ft). Japan Meteorological Agency didn`t change the Volcanic Alert Level for Sakurajima volcano, so it stays at Level 3 (Do not approach the volcano). 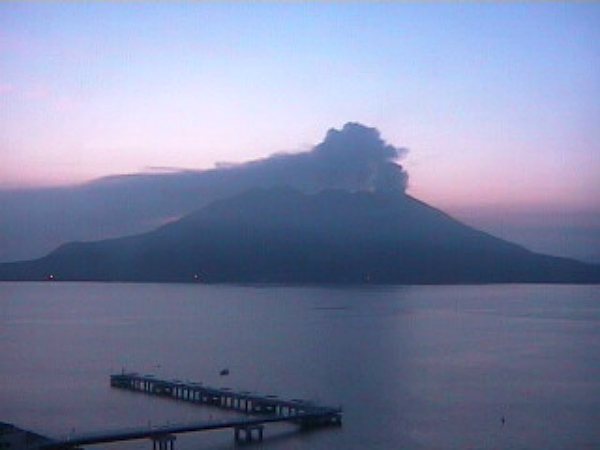 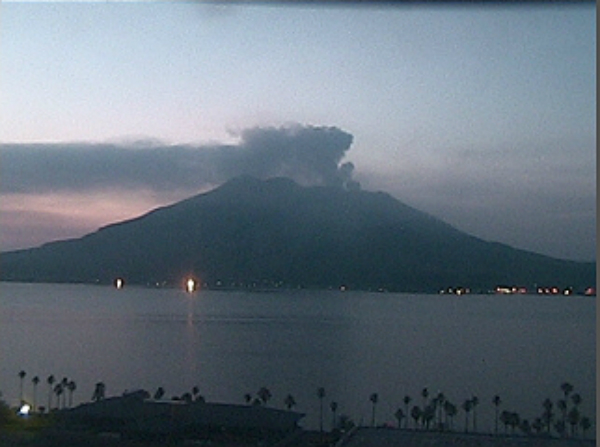 Recent strong volcanic activity at Sakurajima started on July 7, 2013. Explosions during 10-11 July generated ash plumes that rose 3-3.4 km above the crater. Since the night of July 15, 2013 explosions and ash emissions have been occurring nearly with no pause. 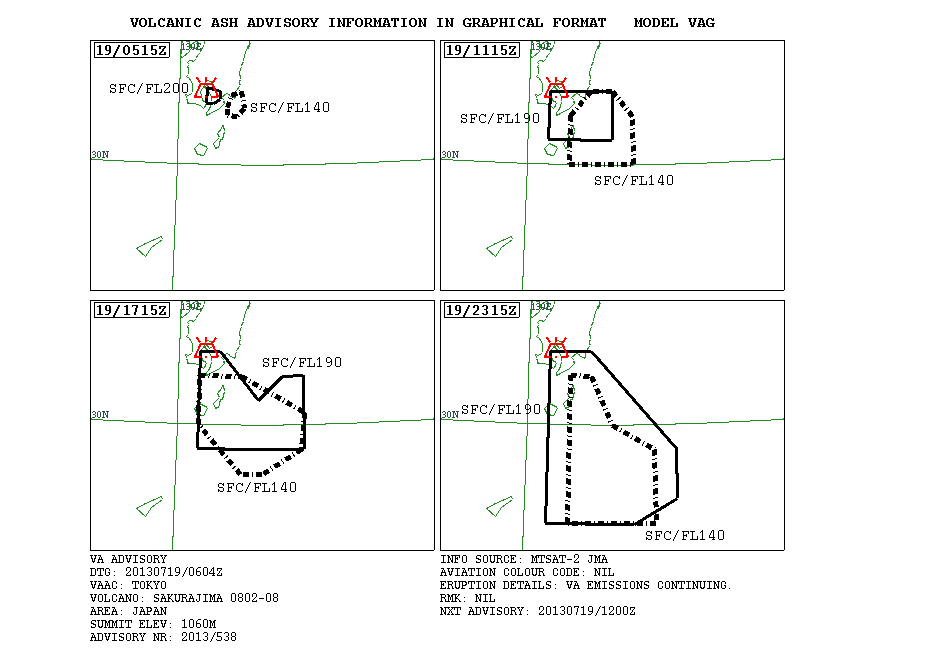 Sakurajima is one of Japan's most active volcanoes. Sakurajima is a post-caldera cone of the Aira caldera at the northern half of Kagoshima Bay. Eruption of the voluminous Ito pyroclastic flow accompanied formation of the 17 x 23 km wide Aira caldera about 22,000 years ago. The smaller Wakamiko caldera was formed during the early Holocene in the NE corner of the Aira caldera, along with several post-caldera cones. The construction of Sakurajima began about 13,000 years ago on the southern rim of Aira caldera and built an island that was finally joined to the Osumi Peninsula during the major explosive and effusive eruption of 1914.

Activity at the Kita-dake summit cone ended about 4850 years ago, after which eruptions took place at Minami-dake. Frequent historical eruptions, recorded since the 8th century, have deposited ash on Kagoshima, one of Kyushu's largest cities, located across Kagoshima Bay only 8 km from the summit. The largest historical eruption took place during 1471-76. (GVP)