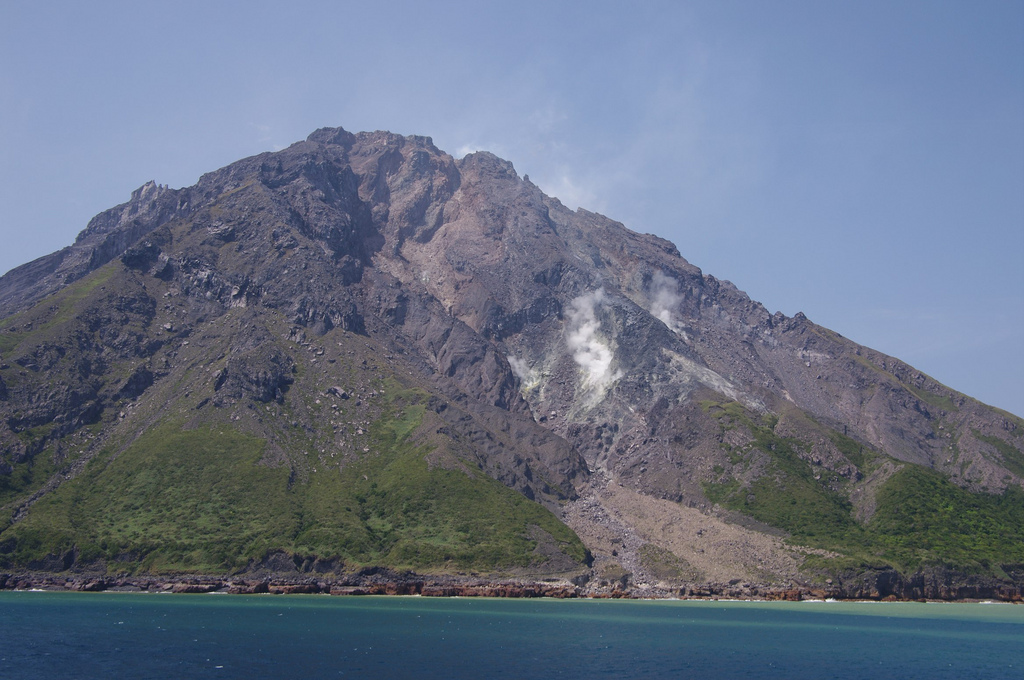 A low level eruption is taking place at Satsuma-Iojima volcano, constructed on the NW margin of Kikai caldera, off the southern coast of Kyushu in Japan. Tokyo VAAC reported a thin plume reaching 8 km (27,000 ft) and extending west, on June 4, 2013. JMA (The Japanese Meteorological Agency) raised the alert status at Satsuma-Iojima to Level 2 (Do not approach the crater).

A thermal anomaly at the volcano was also recently spotted by MODIS satellite on May 23, 2013.

The red spot represents a thermal anomaly detected by MODIS satellite at Satsuma-Iwo-Jima on May 23, 2013 (Credit: NASA/LANCE/MODIS) 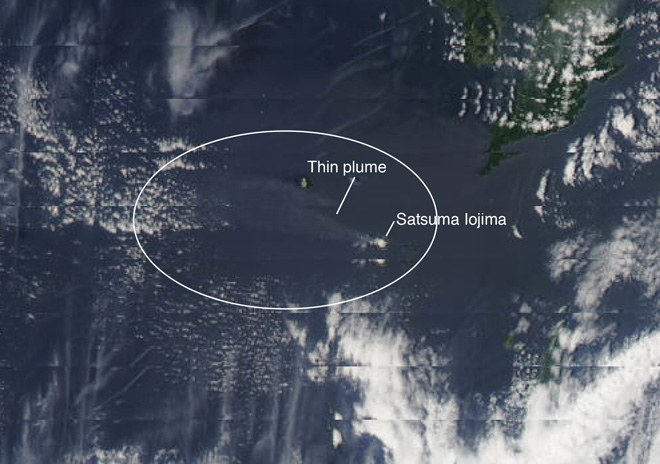 Kikai is a mostly submerged, 19-km-wide caldera near the northern end of the Ryukyu Islands south of Kyushu. Kikai was the source of one of the world's largest Holocene eruptions about 6,300 years ago. Pyroclastic flows traveled across the sea for a total distance of 100 km to southern Kyushu, and ashfall reached the northernmost Japanese island of Hokkaido. The eruption devastated southern and central Kyushu, which remained uninhabited for several centuries. Historical eruptions have occurred in the 20th century at or near Tokara-Iojima (also known as Satsuma-Iojima), a small 3 x 6 km island forming part of the NW caldera rim. Showa-Iojima (also known as Iojima-Shinto), a small island 2 km E of Tokara-Iojima, was formed during submarine eruptions in 1934 and 1935. Explosive eruptions have occurred during the past few decades from Iwo-dake, a rhyolitic lava dome at the eastern end of Tokara-Iwo-jima. 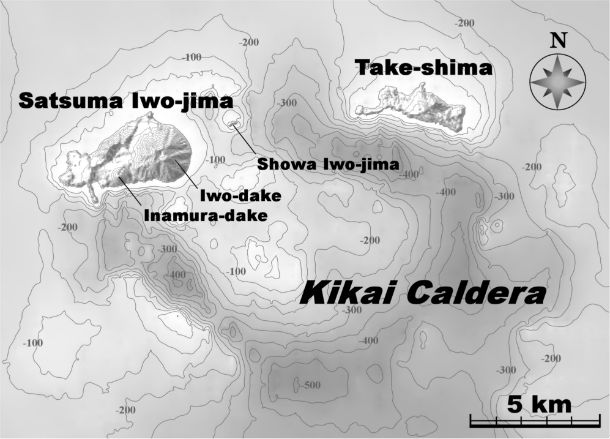 Currently, Shinmoedake and Sakurajima volcanoes are on Alert Level 3 (Do not approach the volcano) while Satsuma-Iojima, Miyakejima and Suwanosejima remains at Alert Level 2. Warnings araound the crater are advised for Ioto and warnings around the sea around Fukutoku-Oka-no-Ba volcano.