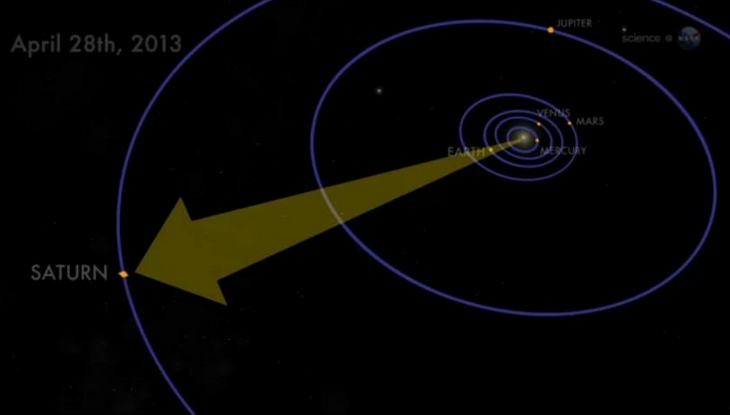 If you have any interest in astronomy you have probably seen dozens if not hundreds of breathtaking images of the universe and our Solar System. Those images are usually acquired by some of Earth’s best spacecrafts, like Hubble, Cassini, Messenger and others who beam back gigabytes of jaw dropping images every year.

After seeing many of these amazing photos some people start to feel a bit indifferent.

Well, at the end of this April Saturn will put on a display that might just bring their enthusiasm back.

And no space probe is required to see it, just set up a telescope in your backyard. Even the one you bought at your local department store might do.

You have to point your optics towards the constellation Virgo, Saturn is there, not far from the bright star Spica. 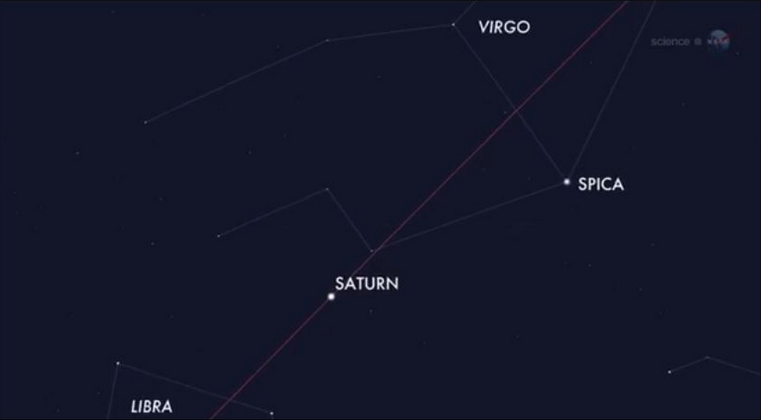 Saturn will make its closest approach to Earth on April 28, 2013, and at that time it will appear bigger and brighter than at any other time in 2013.

This event is called ˝the opposition˝, because Saturn will be opposite of Sun in the skies of Earth. The rings brighten for a few days around opposition due to the Seeliger effect: the solid particles of the rings preferentially reflect sunlight back in the direction it came from, more than Saturn’s cloud tops do.

Image showing the opposition of Saturn on April 28, 2013

The ringed planet rises at sunset, soars almost overhead at midnight, and stays up throughout the night.

To the naked eye Saturn at opposition is as bright as a 1st magnitude star, which makes it relatively easy to spot.

Saturn is the most distant of the five planets easily visible to the naked eye, the other four being Mercury, Venus, Mars and Jupiter (Uranus and occasionally 4 Vesta are visible to the naked eye in very dark skies). Saturn appears to the naked eye in the night sky as a bright, yellowish point of light whose apparent magnitude is usually between +1 and 0. It takes approximately 29½ years to make a complete circuit of the ecliptic against the background constellations of the zodiac. Most people will require optical aid (large binoculars or a telescope) magnifying at least 20× to clearly resolve Saturn’s rings.

While it is a rewarding target for observation for most of the time it is visible in the sky, Saturn and its rings are best seen when the planet is at or near opposition (the configuration of a planet when it is at an elongation of 180° and thus appears opposite the Sun in the sky). During the opposition of December 17, 2002, Saturn appeared at its brightest due to a favorable orientation of its rings relative to the Earth, even though Saturn was closer to the Earth and Sun in late 2003.

Meanwhile, NASA’s Cassini spacecraft is circling Saturn, exploring the planet and its environment at point-blank range.  Since it reached the Saturn system in 2004, Cassini has found a moon with “tiger stripes” spewing geysers of salty water; an electrical storm big enough to swallow Earth; methane lakes and rain on Titan; braids, spokes and other strange ripples in Saturn’s rings; a hexagonal cloud system surrounding Saturn’s north pole; a satellite that looks like a sponge, and much more.