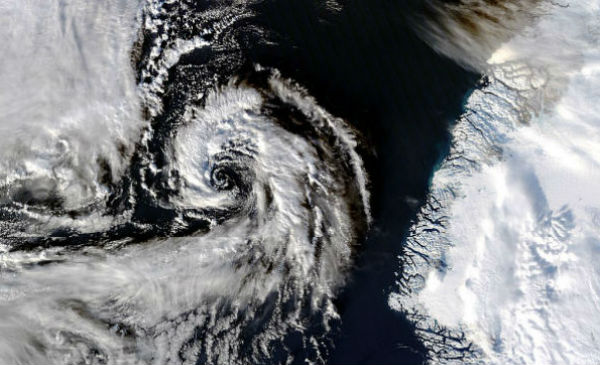 Ten  days after a severe storm underwent a process of rapid intensification over the North Pacific Ocean, pummeling the western Aleutian Islands of Alaska with hurricane force winds and high waves, another serious storm system is taking place right now in the open North Atlantic waters. 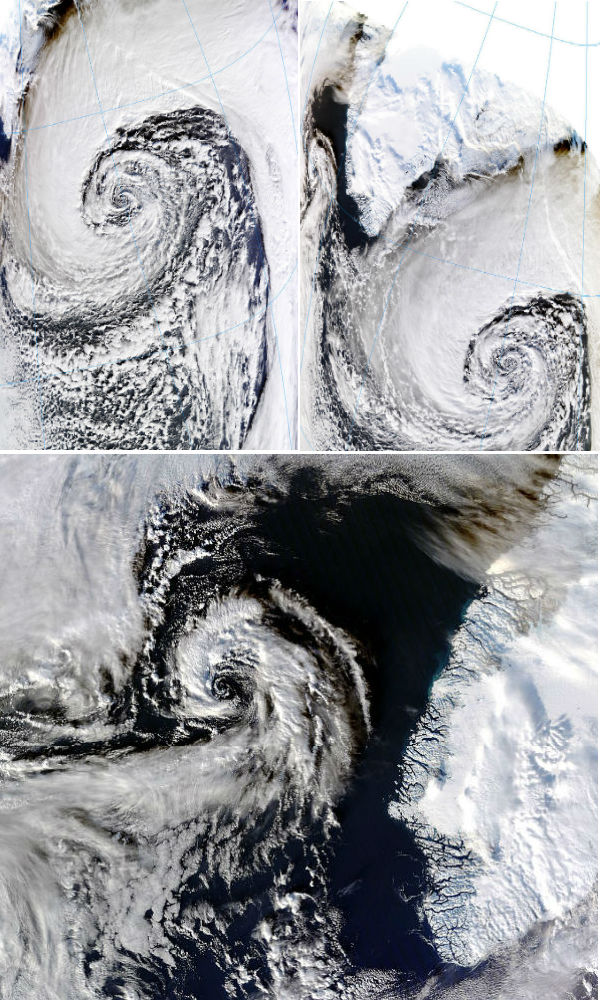 For the past few days, the meteorologists at the Ocean Prediction Center (OPC) have been highlighting the likelihood of an “exploding” storm event that is happening now, south of Iceland. The storm has intensified enough to become stronger than Hurricane Sandy was, as measured by the minimum central air pressure. The lowest pressure recorded during Sandy’s development was 940 mb and the current storm intensified to 933 mb, based on information from the OPC on January 26, 2013. Fortunately, its worst impacts will stay offshore of Iceland, Ireland and Scotland. The strongest extratropical storm on record in the North Atlantic occurred in 1993, when a minimum central pressure of 913 mb was recorded near Scotland’s Shetland Islands, according to Weather Underground. 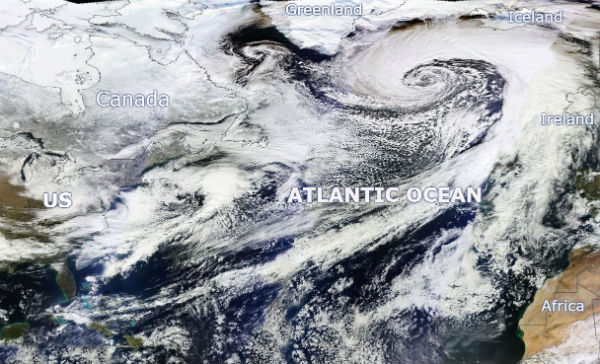 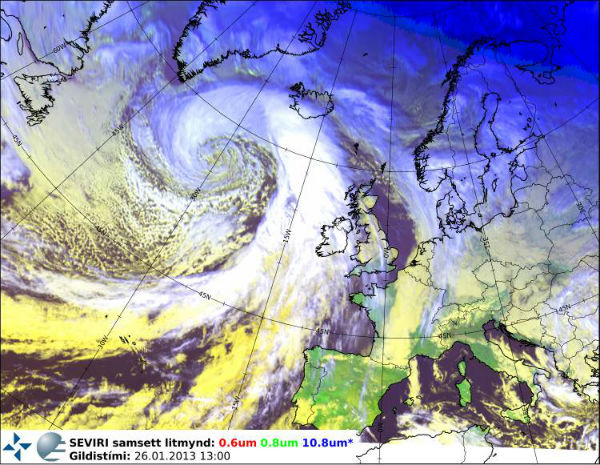 The storm is expected to undergo “incredible, explosive cyclogenesis” (bombogenesis) during the next 24 hours, with the central pressure plummeting from 988 mb down to 927 mb by late January 27, 2013. The Atlantic storm system of this intensity is capable of producing wind speed of 150 km/h (90 mph) and waves of greater than 15 meters (50 feet).

The storm is expected to weaken considerably before it interacts with northwestern Europe, but it could still produce strong winds in Ireland and parts of the U.K. 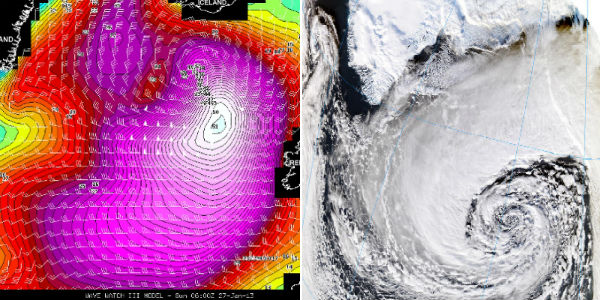 Climate studies have shown that extratropical storms in the Northern Hemisphere are shifting their paths northward as the climate warms, and there has been a trend toward stronger Arctic storms in recent years. 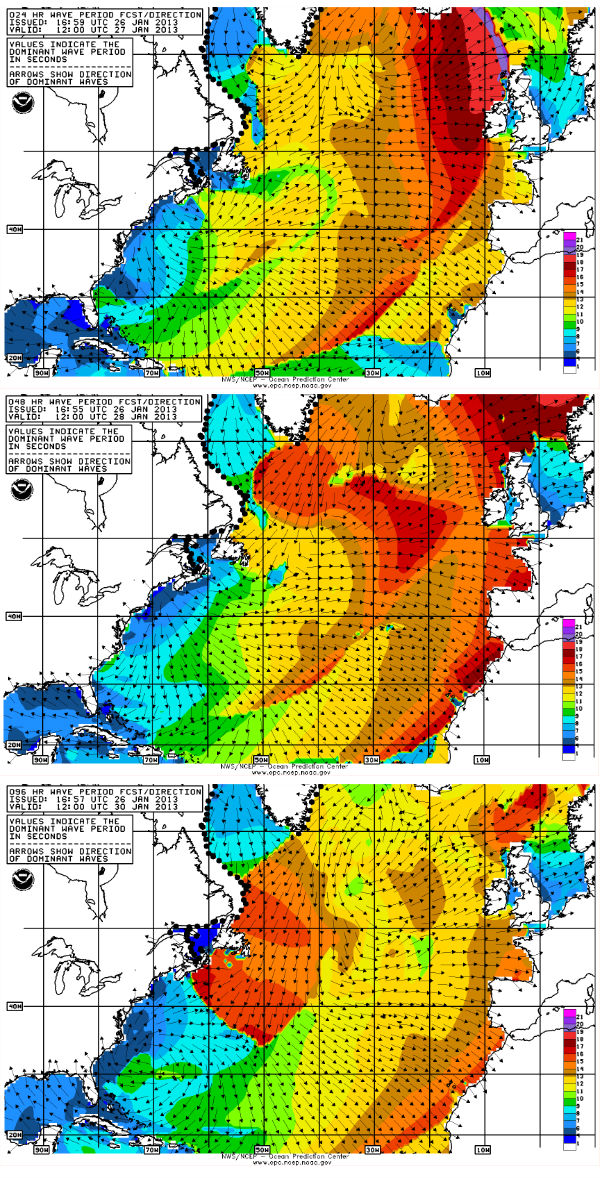 When a low pressure system or mid-latitude cyclone moves off of the East Coast of the United States during the colder months of the year, there is a tendency for many of them to intensify rapidly due to the warmer waters of the Gulf Stream and the positioning of the low between two very different air masses. The air mass to the storm’s north and west is usually very cold and dry while the air mass to the storm’s south and east is very warm and moist. The storm’s rapid intensification is known as ‘bombogenesis”.

The heat given off by the ocean is like fuel for the storm. Barometric pressure can drop rapidly causing the winds to increase rapidly. This is the reason nor’easter grow very strong and wreak havoc on the east coast. The warm moist air is extremely plentiful off the southeast coast. This energy feeds into the developing storm via the warm sector of the low. The warm air then rises as it encounters cooler air to the north. This rising motion causes condensation (clouds) to occur which then leads to precipitation. The condensation process actually creates heat (latent heat) and this process further adds fuel to the storms energy. Upper level winds and conditions also add to the intensification process. If you look at a surface analysis map with the isobars, which are lines that connect equal barometric pressure, you will see that the lines are packed closely together in a storm that is bombing out. This indicates that the pressure gradient is steep and that the winds are strong. These storms sometimes produce hurricane force winds and they cover a large piece of real estate, extending farther than even the largest hurricanes. (WeatherDudes)