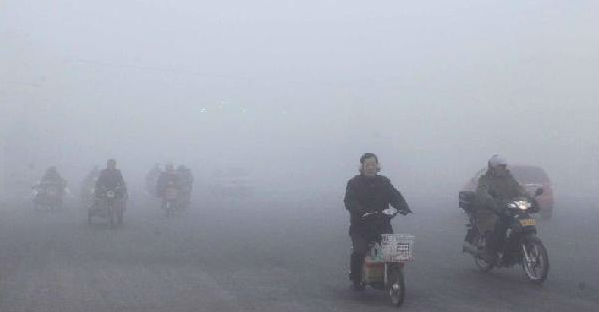 Air pollution readings in Beijing, China were at dangerously high levels for the second straight day on January 12, 2013 with hazy skies blocking visibility and authorities urging people to stay indoors. Severe pollution in Beijing is the worst since the local government began collecting data a year ago. Several other cities, including Tianjin on the coast east of Beijing and southern China’s Wuhan city, also reported severe pollution over the last several days.

The Beijing Municipal Environmental Monitoring Center said on its website that the density of PM2.5 particulates had reached 700 micrograms per cubic meter in many parts of the city, a level considered extremely hazardous. The index runs from zero to 500 and accounts for the level of airborne PM 2.5 particulates – tiny particles considered the most harmful to health. Generally, the air quality is considered good when the index is at 50 or below, and hazardous with an index between 301 and 500, when people are warned to avoid outdoor physical activities.

Monitors at the US Embassy in Beijing recorded an off-the-chart air-quality reading of 755 on January 12 and the PM2.5 density had reached 886 micrograms per cubic meter. 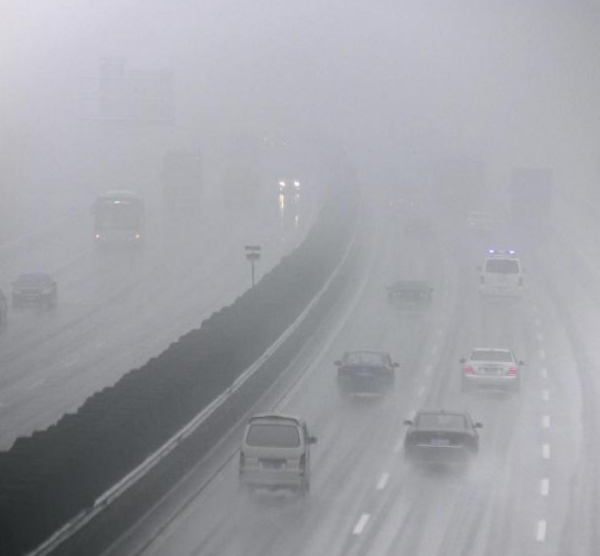 Country’s rapid pace of industrialization, coal power, explosive growth in car ownership and disregard to environmental laws are the main causes for hazardous air pollution in China. It typically gets worse in the winter because of heating needs.

In Beijing, authorities have blamed foggy conditions and a lack of wind for the high concentration of air pollutants. China’s meteorological authority issued a yellow alert for fog that continued to shroud the country’s central and eastern regions. The heavy fog has affected flights at airports in Beijing, Hebei, Hunan, Yunnan, Guizhou, Zhejiang, Jiangsu, Jilin, Heilongjiang and Sichuan, with visibility reduced to around 100 meters at some airports.