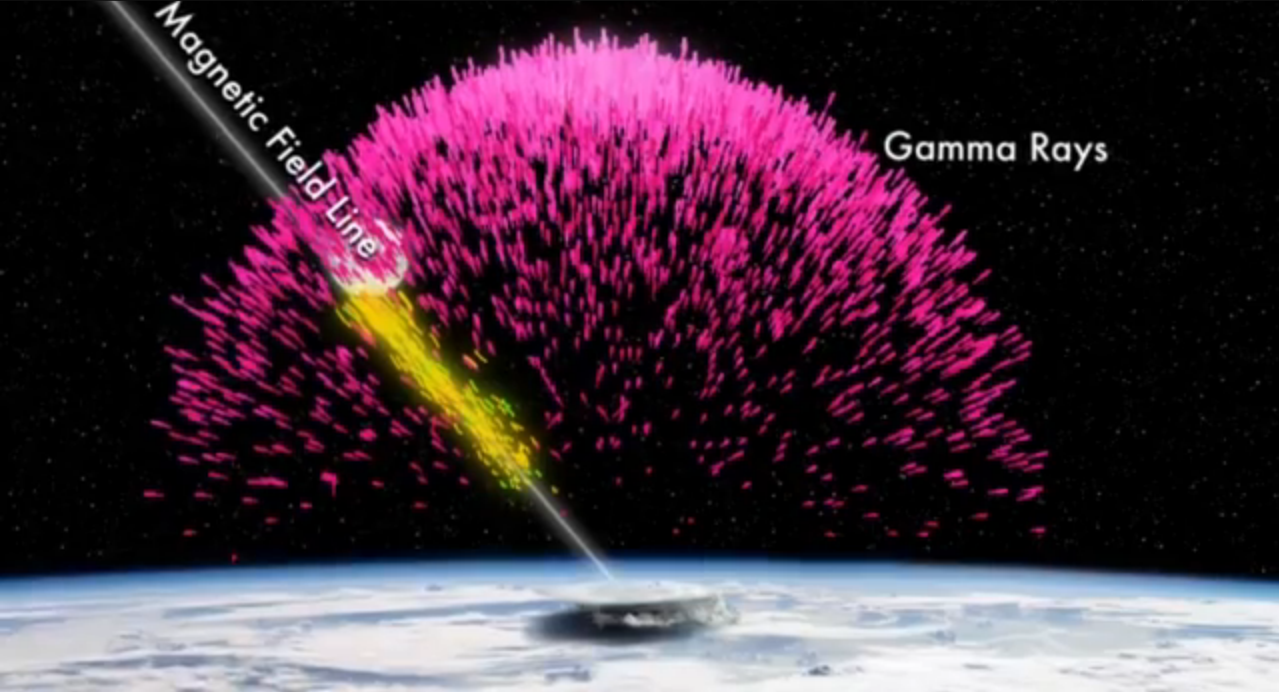 This video talks about terrestrial gamma-ray flashes phenomenon (TGFs) observed by scientists using Fermi Gamma-ray Space Telescope. Thanks to improved data analysis techniques and a new operating mode, the Gamma-ray Burst Monitor (GBM) aboard the telescope is now 10 times better at catching the brief outbursts of high-energy light mysteriously produced above thunderstorms. Lightning in the clouds is directly linked to TGFs, events that produce some of the highest-energy light naturally made on Earth. The enhanced GBM discovery rate helped scientists show most TGFs also generate a strong burst of radio waves, a finding that will change how scientists study this poorly understood phenomenon.

“In mid-2010, we began testing a mode where the GBM directly downloads full-resolution gamma-ray data even when there is no on-board trigger, and this allowed us to locate many faint TGFs we had been missing,” said lead researcher Valerie Connaughton, a member of the GBM team at the University of Alabama in Huntsville (UAH). She presented the findings Wednesday in an invited talk at the American Geophysical Union meeting in San Francisco. A paper detailing the results is accepted for publication in the Journal of Geophysical Research: Space Physics.

The results were so spectacular that on Nov. 26 the team uploaded new flight software to operate the GBM in this mode continuously, rather than in selected parts of Fermi’s orbit.

Connaughton’s team gathered GBM data for 601 TGFs from August 2008 to August 2011, with most of the events, 409 in all, discovered through the new techniques. The scientists then compared the gamma-ray data to radio emissions over the same period.

Lightning emits a broad range of very low frequency (VLF) radio waves, often heard as pop-and-crackle static when listening to AM radio. The World Wide Lightning Location Network (WWLLN), a research collaboration operated by the University of Washington in Seattle, routinely detects these radio signals and uses them to pinpoint the location of lightning discharges anywhere on the globe to within about 12 miles (20 km).

Scientists have known for a long time TGFs were linked to strong VLF bursts, but they interpreted these signals as originating from lightning strokes somehow associated with the gamma-ray emission.

“Instead, we’ve found when a strong radio burst occurs almost simultaneously with a TGF, the radio emission is coming from the TGF itself,” said co-author Michael Briggs, a member of the GBM team.

Scientists suspect TGFs arise from the strong electric fields near the tops of thunderstorms. Under certain conditions, the field becomes strong enough that it drives a high-speed upward avalanche of electrons, which give off gamma rays when they are deflected by air molecules.

“What’s new here is that the same electron avalanche likely responsible for the gamma-ray emission also produces the VLF radio bursts, and this gives us a new window into understanding this phenomenon,” said Joseph Dwyer, a physics professor at the Florida Institute of Technology in Melbourne, Fla., and a member of the study team.