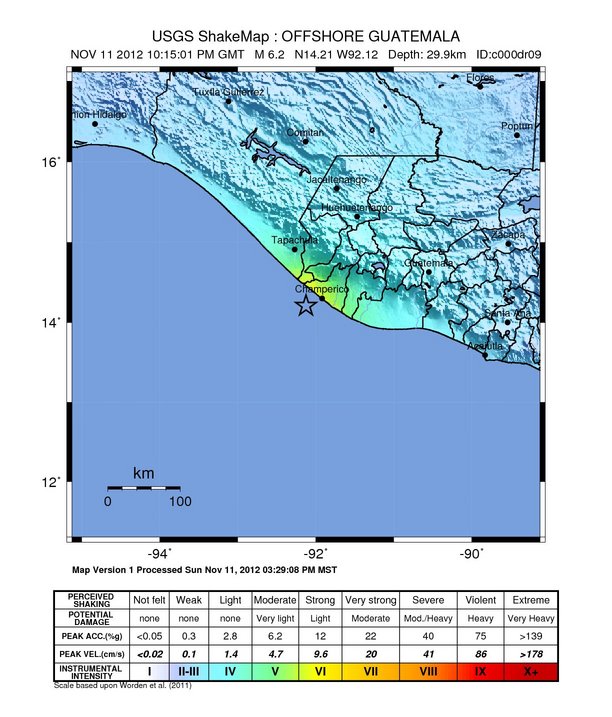 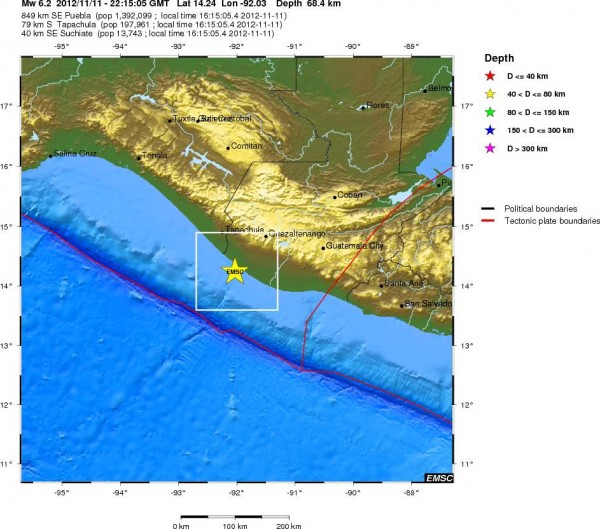 EMSC recorded the same magnitude but with deeper epicenter, at 68 km (2 miles) and PTWC initialy  registered M 6.6 at depth of  30 km (19 miles) but was revised to M 6.2 shortly after.

There were no tsunami warnings or watches issued at the moment. 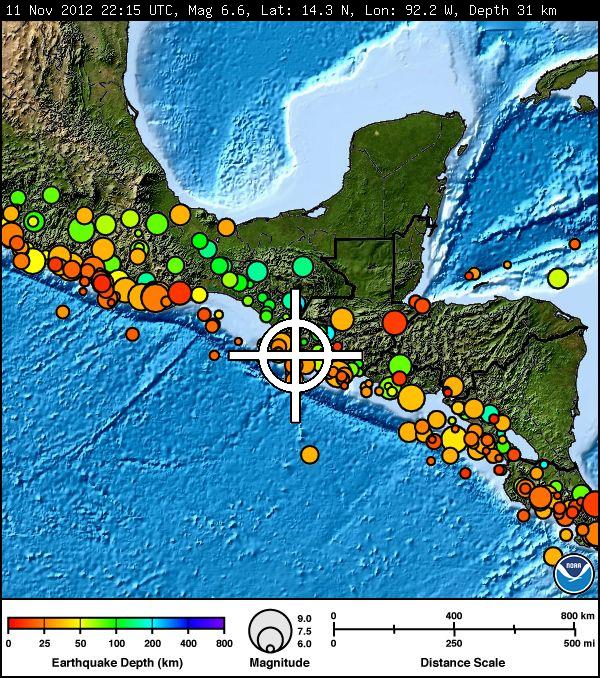 This earthquake is the aftershock of massive M 7.4 earthquake that struck the same area few days ago, on November 7. Already damaged infrastructure and unstable buildings probably experienced some additional damage. USGS has calculated the intensities - 5000 people will have felt a very strong MMI VII shaking - 434000 people a  strong MMIVI shaking and  more than 2 million a moderate shaking. At least 15 million people felt the earthquake in Mexico, Nicaragua and Guatemala.