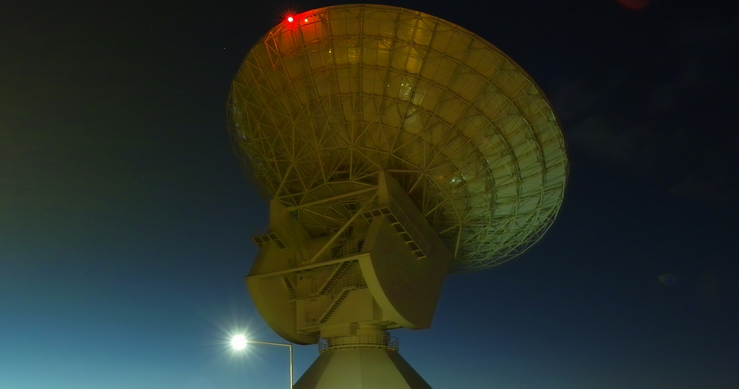 This is one of the world’s most sophisticated satellite tracking station. It will send commands, receive data and perform radiometric measurements with missions such as Mars Express, Venus Express, Rosetta, Herschel, Planck, Gaia, BepiColombo, ExoMars, Solar Orbiter and Juice.

“Our initial in-service testing with the Malargüe station shows excellent results,” says Roberto Maddè, ESA’s project manager for DSA 3 construction. “We have been able to quickly and accurately acquire signals from ESA and NASA spacecraft, and our station is performing better than specified.”

Maddè says part of the reason for the excellent performance is the improved ultra-low-temperature amplifiers installed at the station, and also the fact that it’s located at 1500m altitude in the clear Argentinian desert air.

Malargüe is equipped with a giant 35 m-diameter dish antenna and super-sophisticated cryogenically cooled low-noise amplifiers to detect faint signals and operate at various power levels – up to 20 kW – to transmit commands.

The tracking capability of all three ESA deep space stations also provides support to partner agencies such as NASA and Japan’s JAXA, who likewise make their tracking networks available to ESA missions, helping to boost science data return for all.

The three are also equipped for radio science, which studies how matter, such as planetary atmospheres, affects the radio waves as they pass through. This can provide important information on the composition for the atmospheres around Mars, Venus or the Sun, for example.

“The commissioning of this station into ESA´s deep-space network allows us to serve the most demanding scientific missions of ESA and provide the required communication capacity for transferring large volumes of scientific data from the sophisticated instruments onboard ESA spacecraft,” says Manfred Lugert, ESA’s Head of Ground Facilities Operations.