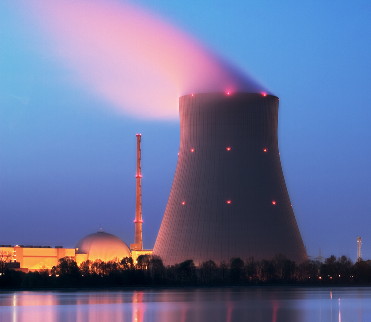 European activists are joining their voices and worries after European Commision released this week their “stress tests” report of nuclear power plants (NPP) in Europe. By the report there are currently 145 nuclear reactors in 15 European states, EC states that safety record is such that although incidents have occurred and continue to occur, no major accidents have ever taken place. Activists said the report dodges the real issues.

The results don’t say that any nuclear reactor in Europe is too unsafe to operate. But they identify concerns across Europe, including a lack of seismic measuring instruments, insufficient safety and rescue equipment, and inadequate emergency plans. The largest number of concerns was found in France, the leader in number of nuclear reactors in EU.

In introduction to released “stress tests” EC states that the challenges which nuclear safety and its governance face were highlighted in the accident at the Fukushima reactors in Japan following the earthquake and the tsunami in March 2011. This event demonstrated that nuclear reactors must be protected even against accidents which have been assessed as highly improbable.  Events at Fukushima revealed well-known and recurring issues: faulty design, insufficient backup systems, human error, inadequate contingency plans, and poor communications. The EU must learn the lessons of Fukushima to further reduce the  risk of nuclear incidents in Europe.

The Fukushima accident resulted in unprecedented efforts to review the safety of nuclear installations in Europe and worldwide. Initiatives were taken at national, regional and international level. In the EU, the European Council, in March 2011 concluded that “the safety of all EU nuclear plants should be reviewed, on the basis of a comprehensive and transparent risk and safety assessment (“stress tests”).

The European Nuclear Safety Regulatory Group (ENSREG) and the Commission were invited in March 2011 to develop the scope and modalities of these tests in a coordinated framework. The “stress tests” results were published on Thursday, October 4, 2012. You can find them here. Full reports, Union wide, can be found in a document here.

In addition to recommending numerous of plant specific technical improvements, the stress tests have shown that International standards and practices have not been applied everywhere. In addition, lessons from Fukushima need to be drawn. In particular, these include:

Greenpeace spokesperson Mark Breddy said: “It’s not surprising that the tests, though limited, have uncovered major concerns. Nuclear power is inherently risky and failures, accidents and close calls happen all the time. But there are serious safety issues that the stress tests haven’t looked into. EU governments must act fast by shutting down the oldest and most risky plants and by ordering more thorough testing on the remaining plants.”

In an article published on Greenpeace website Greenpeace stated that they hired independent consultants to analyse the results of ‘stress tests’ carried out on nuclear plants in Europe. They came to some alarming conclusions, summarised in briefing Nuclear Stress Tests – flaws, blind spots and complacency.

For a copy of the full consultancy report, click here.

According to a new report from environment organization Greenpeace security risks at Sweden’s nuclear power plants are so high that the facilities should all be taken out of operation.

“We are killing off the myth that Swedish nuclear power is safe. Swedish power plants are old, have great security risks, there is a lack of both personnel and skills and a large number of incidents are occurring,” said Rolf Lindahl, who has worked on the report, to daily Svenska Dagbladet (SvD). “With old reactors one should put all efforts into guaranteeing safety, but it would seem as if the primary goal is the financial gains and that they are taking chances when it comes to security,” said Lindahl to SvD.

Power plant Ringhals has previously been slammed for not having enough protection against earthquakes and floods. The new report reveals that Sweden’s other two wouldn’t be able to withstand natural disasters. Forsmark, north of Uppsala on the eastern coast, could only take a rise in water levels of 2.5 metres before its diesel generators would be put out of commission. Oskarshamn, in southern Sweden, would be in serious trouble in a situation where electricity and the ability to control the temperature is wiped out. The protection against terrorist attacks is also bad, concludes the report (www.thelocal.se).

Nuclear power plants in Europe, in operation and under construction, as of July 2012 according to European Nuclear Society.

The stress test results claim that all participating countries have begun to take operational steps to improve the safety of their plants. These measures include additional mobile equipment to prevent or mitigate severe accidents, the installation of hardened fixed equipment, and the improvement of severe accident management, together with appropriate staff training measures. The costs of additional safety improvements are estimated to be in the range of €30 million to €200 million per reactor unit. Thus, the total costs for the 132 reactors operating in the EU could be in the order of €10–25 billion for all NPP units in the EU over the coming years. These figures are based on the estimates published by the French nuclear safety authority (covering more than one-third of the reactors in the EU) and are subject to confirmation in the national actions plans.
EU heads of state and government are expected to discuss the Commission assessment at a meeting in Brussels on 18 and 19 October. Greenpeace believes nuclear power should be rapidly phased out in favour of renewables and energy efficiency. The European Commission predicts renewables will become the major power source for the EU in its recent 2050 energy roadmap.

The biggest explainable “pro” for nuclear energy is that they are cost-effective and produce quite a lot of energy. EU nuclear plant operators should invest about 10 – 25 billion Euros, in total, to bring the safety of all EU NPP’s to the standards recommended by the stress results. But, let’s go a bit further and try to asses what’s really at stake here and how much would it cost to clean up the damage from Fukushima like accident in EU should it occur. By some figures, projected at the beginning of 2012, the clean up of damage from Fukushima disaster would cost about 197 billion Euros. Those figures did not include the money needed to actually clean the area from radiation and they surely did not include the money that would cost to properly relocate population, pay the families for the damage, the real cost on nation’s health, economy, surrounding countries etc. The real cost of any such accident, should it occur, simply can’t be quantified and this is the real “contra” for nuclear energy. All those in favour of nuclear energy should get real and accept the actual dangers NPP’s pose to all life on Earth. Money does not talk here.

“In the end, there always  remains a degree of risk
that you can reduce through retrofitting and investments.
But you can never  completely eliminate it.”