Elevated solar radiation storm levels are generated by an extra-large filament eruption observed late on August 31 on southeastern quadrant, source was sunspot group 1562. Filament eruption generated a bright Coronal Mass Ejection (CME) that appears to be partially Earth-directed. The CACTus software determined the event as a halo CME - Earth directed - with a speed of 520 km/s. It will probably produced glancing blow and wonderful auroras around September 2/3. 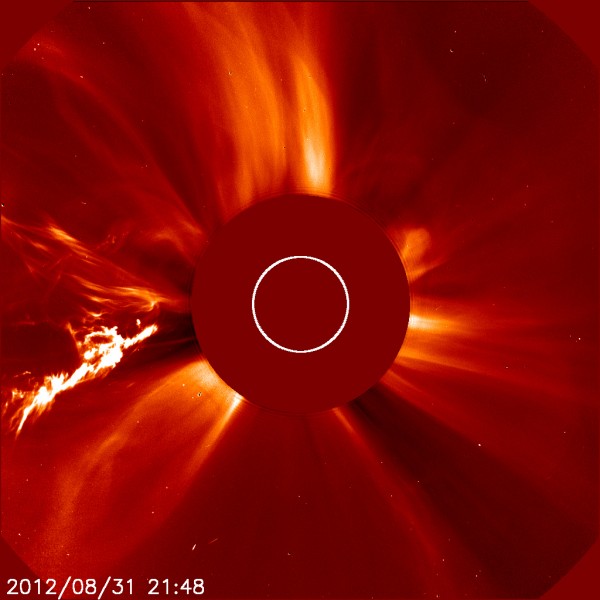 Geomagnetic Storm levels are forecast to reach the G1 (Minor) level with a chance for G2 (Moderate) level activity on September 3rd, with arrival of the coronal mass ejection expected early that day. High latitudes have a chance of reaching severe storm levels on September 3. On September 4, activity is expected to decrease to mostly unsettled conditions as CME effects wane. 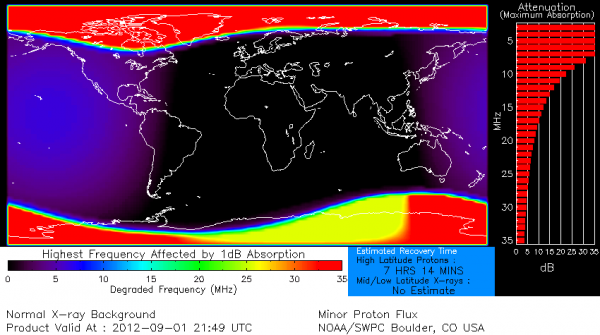 Growing sunspot 1560 poses a threat for Earth-directed M-flares. Sunspot AR1560 has more than quadrupled in size since August 30th, and now the fast growing active region is directly facing our planet.  NOAA forecasters estimate a 40% chance of M-class solar fares during the next 48 hours.

There are no large coronal holes on the Earthside of the sun.