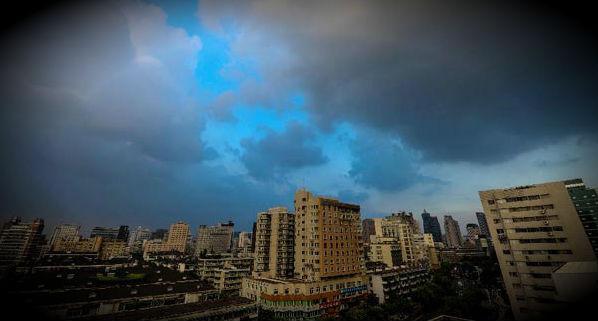 Few days after Damrey and Saola made landfall in eastern China, another severe storm headed for the same coast. Typhoon Haikui, the 11th tropical storm of the year, is approaching Zhejiang Province and expected to land from Zhejiang’s mid-north coast on Tuesday night and Wednesday morning. The local meteorological authority has issued a yellow alert against the typhoon early Monday.Typhoon Haikui is intensifying in the warm waters of the East China Sea. It is forecasted to continue to gain strength. After moving on shore the storm will likely stall out further heavy rainfall across the region. Taiwan is experiencing new rainfall after Saola already made troubles there. 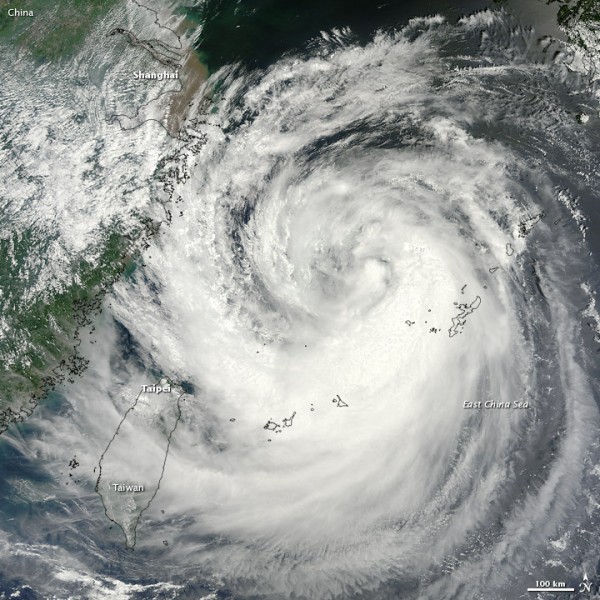 Haikui started as a tropical depression over the western Pacific Ocean on August 2, 2012. It strengthened to a tropical storm on August 4, and further strengthened to a typhoon on August 6. Xinhua reported that Haikui had already brought high winds and heavy rains to some coastal regions of Zhejiang Province.Government officials called fishing boats back to port and urged residents to prepare for another storm.


Shanghai issued a blue alert against the typhoon on Monday and relocated over 200,000 people to avoid risks.Minister of Water Resources Chen Lei on Monday announced at a video conference that an emergency response system will be launched to cope with the effects of the typhoon, which is expected to dump up to 700 millimeters of rain along coastal areas. Heavy rains will hit many areas in south and east China from Sunday to Tuesday as Haikui approaches the mainland, while stormy weather caused by typhoons Saola and Damrey will continue to affect China’s coastal regions, according to the NMC.

Meanwhile, at least nine people have been confirmed dead and four others remain missing after Typhoon Damrey tore through northeast China’s Liaoning Province over the weekend, provincial flood control authorities said Monday morning. The typhoon also temporarily disrupted rail services in the province on Saturday, affecting more than 2 million people. In the city of Xiuyan City, where six of the deaths occurred, the typhoon has cut off electricity, paralyzed road traffic and damaged drinking water facilities. More than 110,000 people have been left homeless. 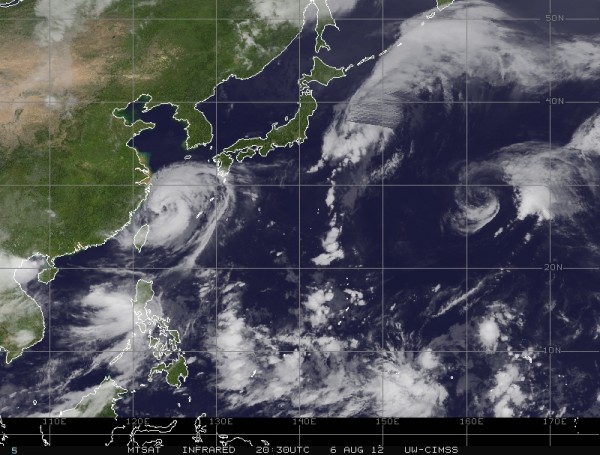 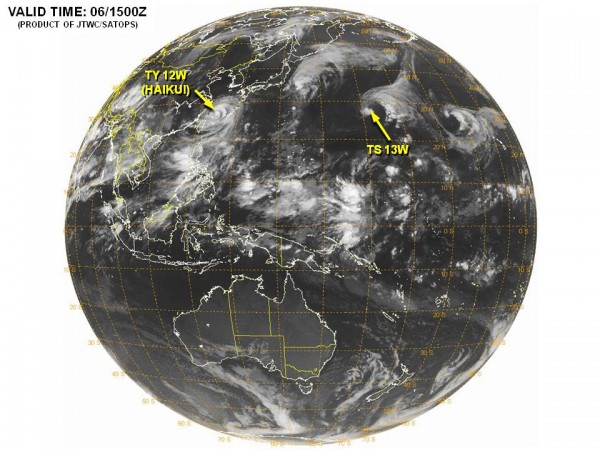 Featured image credit: Clouds gather over the city as a warning of the coming typhoon in Hangzhou, capital of east China’s Zhejiang Province, Aug. 6, 2012.  (Xinhua/Han Chuanhao)