The Kandilli Observatory seismology center reported a magnitude 5.5 earthquake and depth of only 5.4 kilometers (3.3 miles).

At least 18 people have been injured by jumping out of windows and general panic in Silopi. Part of a minaret has also collapsed.

The 18 people wounded in various parts by the panic caused by the earthquake have been discharged from hospital. Aftershocks continue to occur and people are waiting outside. People have been warned not to go back into their homes. The Silopi State Hospital patients due to the earthquake were administered aid in tents.

An initial damage assessment will be undertaken with some slight damage to houses. 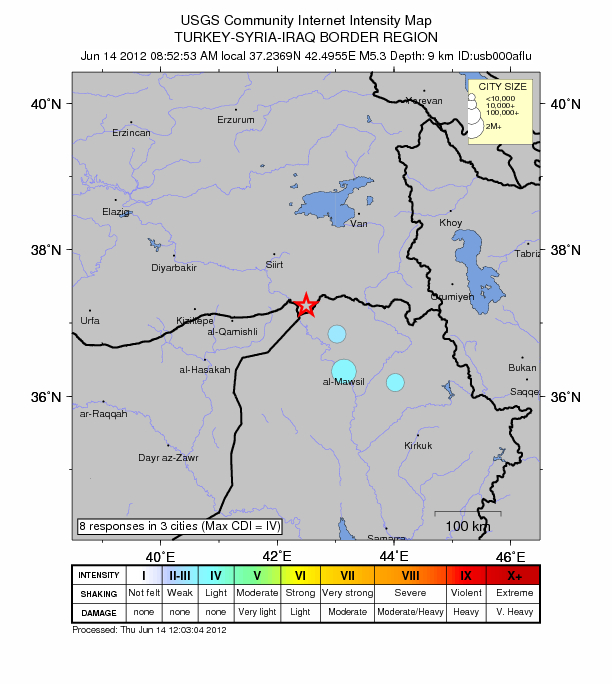 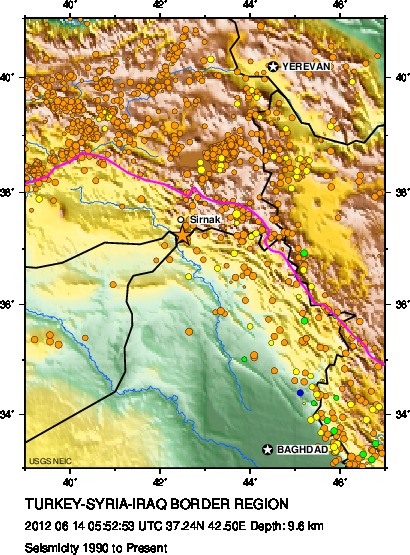