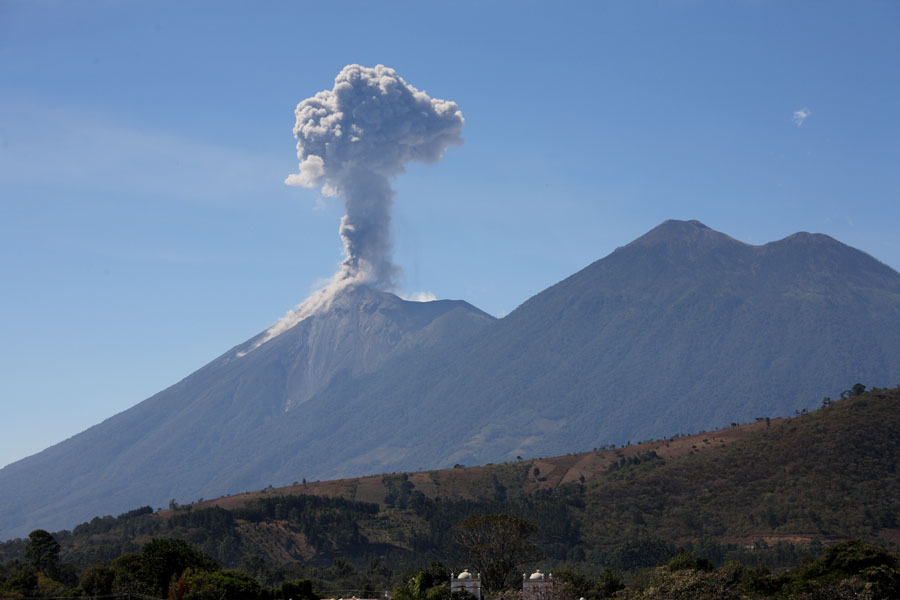 Guatemalan stratovolcano Fuego erupted again on Sunday, June 10, 2012 and spewed a column of ash up to a kilometer (about 3,300 feet) high.

The National Vulcanology Institute said in a communique that the volcano, which rises 3,763 meters (12,230 feet) above sea level, on Sunday erupted effusively, according to seismic recordings and the images received from a camera at the observatory at Panimache. 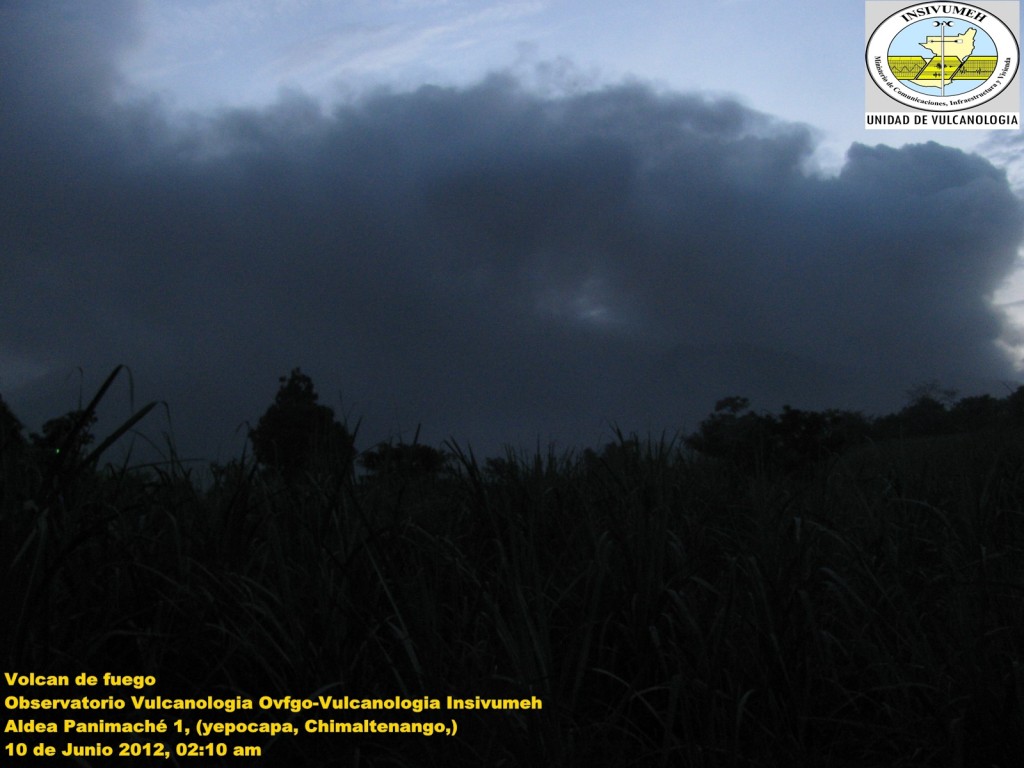 The vulcanology institute warned that although the eruption presently consists of an effusion of lava, the possibility exists that in the coming hours the volcano’s activity will increase to a pyroclastic flow of the kind experienced on May 19 and May 25.

A pyroclastic flow is a fast-moving current of superheated gas, which can reach temperatures of about 1,000 C (1,830 F), and rock, which reaches speeds moving away from a volcano of up to 700 km/h (450 mph). The flow normally hugs the ground and travels downhill, or spreads laterally under gravity, and is quite devastating to virtually anything in its path.

Civilian air traffic is being warned to take precautions because the ash cloud extends up to 10 kilometers (6.2 miles) from the volcano.

Fuego is one of Central America’s most active volcanoes, and is one of three large stratovolcanoes overlooking Guatemala’s former capital, Antigua.