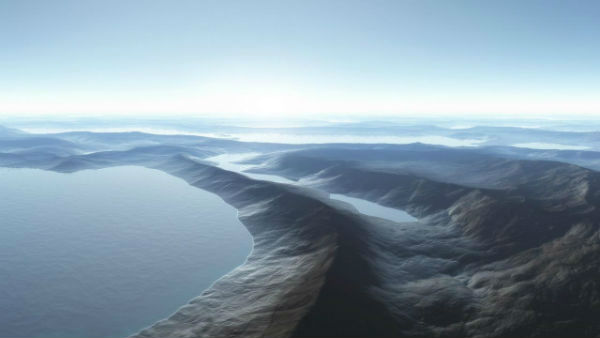 It was followed by strong earthquakes worldwide – 4.9 at Molucca Sea, 5.7 near the north coast of Papua, Indonesia, 5.2 near the south coast of Honshu, Japan, 4.8 off the coast of Pakistan. 5.4 magnitude earthquake hit Southern Xinjiang, China with depth of 10km. 482 km deep magnitude 5.2 earthquake was recorded in Fiji region… the list goes on and it doesn’t seem it will stop any time soon. 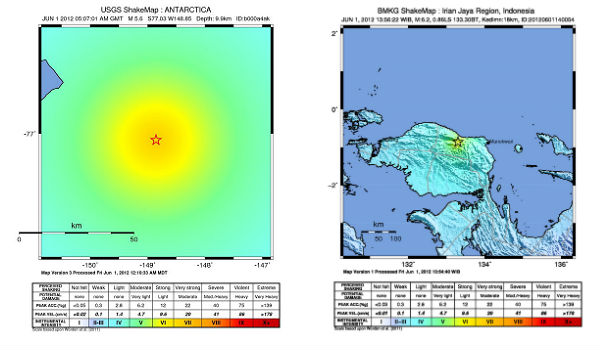 Historical seismicity map is showing that there were no earthquakes recorded in that part of antartica for the at least 112 years. We can call this earthquake unusual and a rare event considering the location. 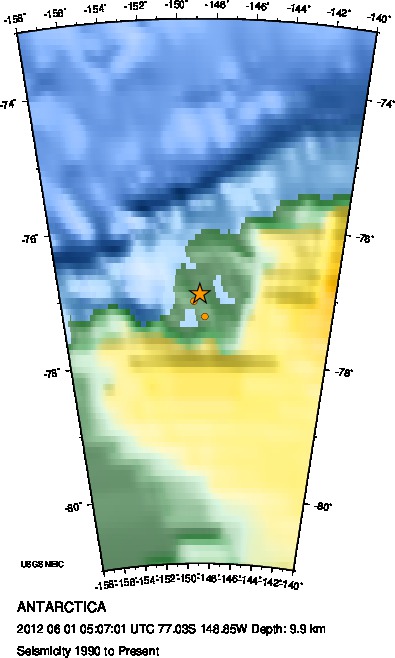 Do earthquakes occur in Antarctic?

There is also another reason why there are fewer recorded quakes located in Antarctica than within other plates such as Australia or North America. It is because smaller quakes are much more likely to go undetected in Antarctica because there are very few seismograph stations. There are only about 20 operating seismograph stations in all of the continent of Antarctica, and only one of them, at the Amundsen-Scott South Pole Station, is in the interior of the continent.

The interior of Antarctica has icequakes which, although they are much smaller, are perhaps more frequent than earthquakes. The icequakes are similar to earthquakes, but occur within the ice sheet itself instead of the land underneath the ice.

In the ocean surrounding Antarctica, the seismic activity in 120°-60°W sector is three times lager than the other oceanic areas. This is probably due to stress concentration towards the Easter Island Triple Junction among Antarctic Plate, Pacific Plate and Nazuca micro-Plate. Three volcanic areas, namely the Deception Island, Mt. Erebus and Mt. Melbourn, are seismically active.

Mount Sidley (77.06°S, 126.06°W) is the highest volcano in Antarctica, a member of the Volcanic Seven Summits, with a summit elevation of 4,181–4,285 metres (13,717–14,058 ft). It is a massive, mainly snow-covered shield volcano which is the highest and most imposing of the five volcanic mountains that comprise the Executive Committee Range of Marie Byrd Land. The feature is marked by a spectacular 5 km wide caldera on the southern side and stands NE of Mount Waesche in the southern part of the range.

Mount Erebus (77.32°S, 167.17°W) is currently the most active volcano in Antarctica and is the current eruptive zone of the Erebus hotspot. The summit contains a persistent convecting phonolitic lava lake, one of five long-lasting lava lakes on Earth. The volcano is scientifically remarkable in that its relatively low-level and unusually persistent eruptive activity enables long-term volcanological study of a Strombolian eruptive system very close (hundreds of metres) to the active vents, a characteristic shared with only a few volcanos planetarily, such as Stromboli in Italy. Scientific study of the volcano is also facilitated by their proximity to McMurdo Station (U.S.) and Scott Base (N.Z.), both sited on Ross Island approximately 35 kilometres away.

Antarctica occupies a unique tectonic setting for a major plate is almost completely surrounded by divergent or conservative margins (Hayes 1991). Active intraplate deformatiun and volcanism both occur in West Antarctica and may be present in the subglacial mountains and basins of East Antarctic a. In addition to tectonic sonrces of stress indicated above, the plate is subject to stress induced by glacial loading and unloading (James & Ivins 1998). The  World Stress Project (Zoback 1992), which aimed to summarise lithospheric stress worldwide, could not inc lude any constraints on Antarctic neotectonics because insufhcient data were available at the time. Earthquakes are caused by the inelastic response of rock to strain, so the proportion of seismic and aseismic deformation indicates lithospheric dynamics. Following improvements to the Globa l Seismic (GSN) in 1995, a low, but increased, level ofintraplate earthquakes has been recorded.

The pattern of seismicity across the continent is now emerging and beginning to provide information on the neotectonics of Antarctica (read more here).