An international team of scientists, led by British Antarctic Survey (BAS), has produced a new map showing how much heat from the Earth’s interior is reaching the base of the Antarctic Ice Sheet. The map was published Monday, November 13, 2017, in the journal Geophysical Research Letters.

The team has produced the most up to date, accurate and high-resolution map of the so-called ‘geothermal heat flux’ at the base of the Antarctic Ice Sheet. Of the basic information that shapes and controls ice flow, the most poorly known about is this heat. 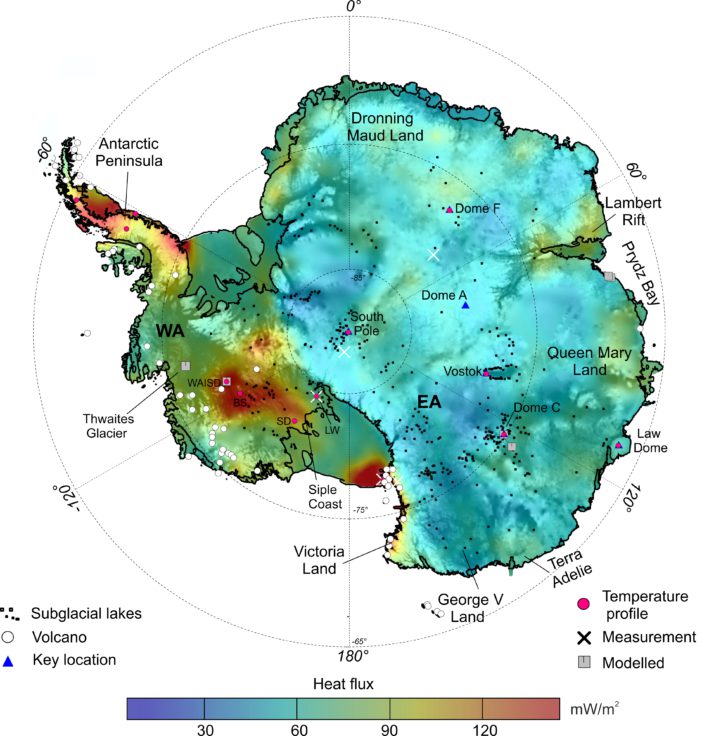 The most high-resolution map of the geothermal heat beneath the Antarctic Ice Sheet. Credit: British Antartic Survey

The data used come from magnetic measurements mainly collected by aircraft flying over the continent and the results reveal the ‘hot spots’ under West Antarctica and on the Antarctic Peninsula, the most rapidly changing areas of the Antarctic Ice Sheet.

"This new map of heat escaping from inside the Earth will help advance our understanding of the conditions at the base of the ice sheet, improving our ability to understand the past and to project future changes of the Antarctic Ice Sheet and its impact on global sea level," said lead author, geophysicist Dr. Yasmina Martos who completed the work at BAS.

"It is incredibly difficult to take direct measurements of heat from the Earth’s interior beneath 3 – 4 km (1.8 – 2.5 miles) of ice in extremely cold and hostile conditions. That’s why we have used magnetic data to infer the heat and we’re pleased that what we have is 30-50% more accurate than previous studies," said co-author BAS geophysicist Dr. Tom Jordan.

The Antarctic Ice Sheet contains the largest reservoirs of fresh water on our planet – around 70% of the world’s freshwater – and is currently losing ice, which contributes to rising sea levels. 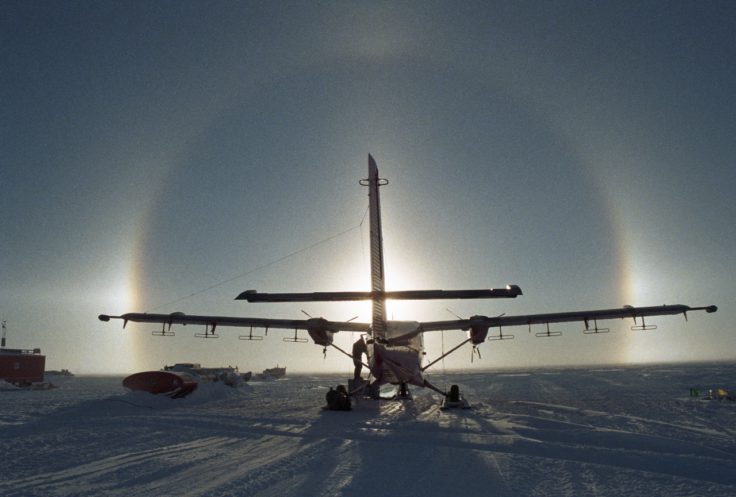 "If we are to predict with any certainty the future response of Antarctica in a warming world, scientists need to understand the role that heat from the Earth plays," BAS Science Director and glaciologist Professor David Vaughan says.

"What we know is that over time, the heat flow into the ice is quite constant and so the ice sheet adjusts to it.  The ice loss we’ve seen in recent decades is actually the result of changes in air and ocean temperatures. How the ice sheet will respond to these recent changes is influenced by the pattern of geothermal heat, and that’s why this new map is so important."

Featured image: The most high-resolution map of the geothermal heat beneath the Antarctic Ice Sheet. Credit: British Antartic Survey