First significant snowfall of the season and hurricane-force Bura winds are causing traffic chaos on roads and highways in parts of Slovenia and Croatia on Monday, November 13, 2017. Wind gusts up to 150 km/h (93 mph) were measured today and up to 210 km/h (130 mph) are in the forecast for tomorrow.

Drivers were caught unprepared for wintry conditions on the roads of Slovenia and Croatia Monday morning as the first significant snowfall of the season descended on the region.

Several trucks slipped off the road, forcing Slovenian authorities to close the coastal highway between the Razdrto and Senožeče in both directions from 07:00 to 12:00 CET. Several houses were flooded in the country's coastal region while the traffic was blocked by the strong Bora winds.

The situation was not much different in mountainous Croatia where highways are still closed for heavy trucks in both directions. While this happens every winter, effectively cutting off coastal Croatia from the country's central regions, heavy snow arrived a bit earlier this year and caught drivers by surprise. National forecasters estimate snow accumulations up to 50 cm (19.7 inches) or more by the end of the day.

Heavy snow is also falling on mountains above capital Zagreb today, with daily temperatures reaching -1 °C (30.2 °F). By the end of the day, snow is expected to start falling in central and eastern Croatia, too.

In Pula, western Croatia, hurricane-force winds literally flung a large building platform at Uljanik shipyard which then crashed into a docked ship and the adjacent mole, causing the ship to sink and seriously damaging the platform.

"The force of nature was just too strong," shipyard's authorities said.

There are no reports of injuries but the Croatian Ministry of Maritime Affairs, Transport and Infrastructure said the platform has about 14 tons of fuel in it and there is a risk of sea pollution.

"There is currently no apparent leak, but a floating oil stain has been observed around the vessel," authorities said. 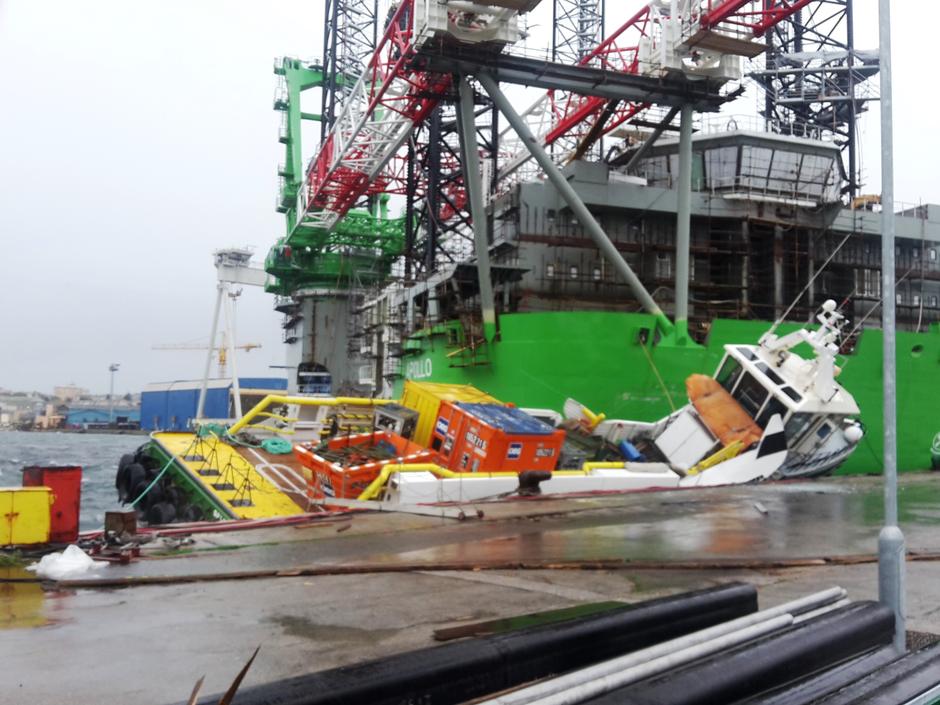 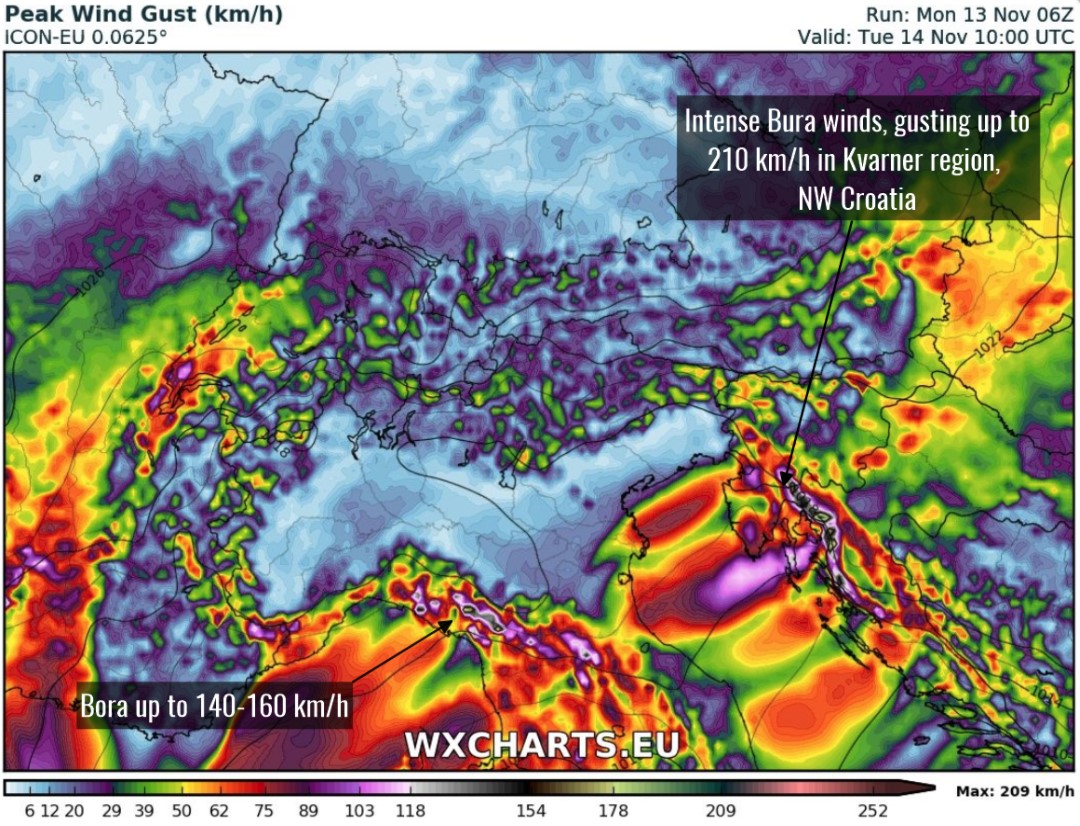 "The event will develop across the classic 'Bora areas' ie. from Apennine mountains into the Ligurian sea and from W Slovenia across the Kvarner area and Dalmatia in Croatia. Based on the latest high-resolution models, wind gusts could reach hurricane force strength and locally exceed 200 km/h (124 mph) – especially in the Kvarner area around the island of Pag and along the steep slopes east of Kvarner bay."

Snow is expected to continue falling over the next few days.