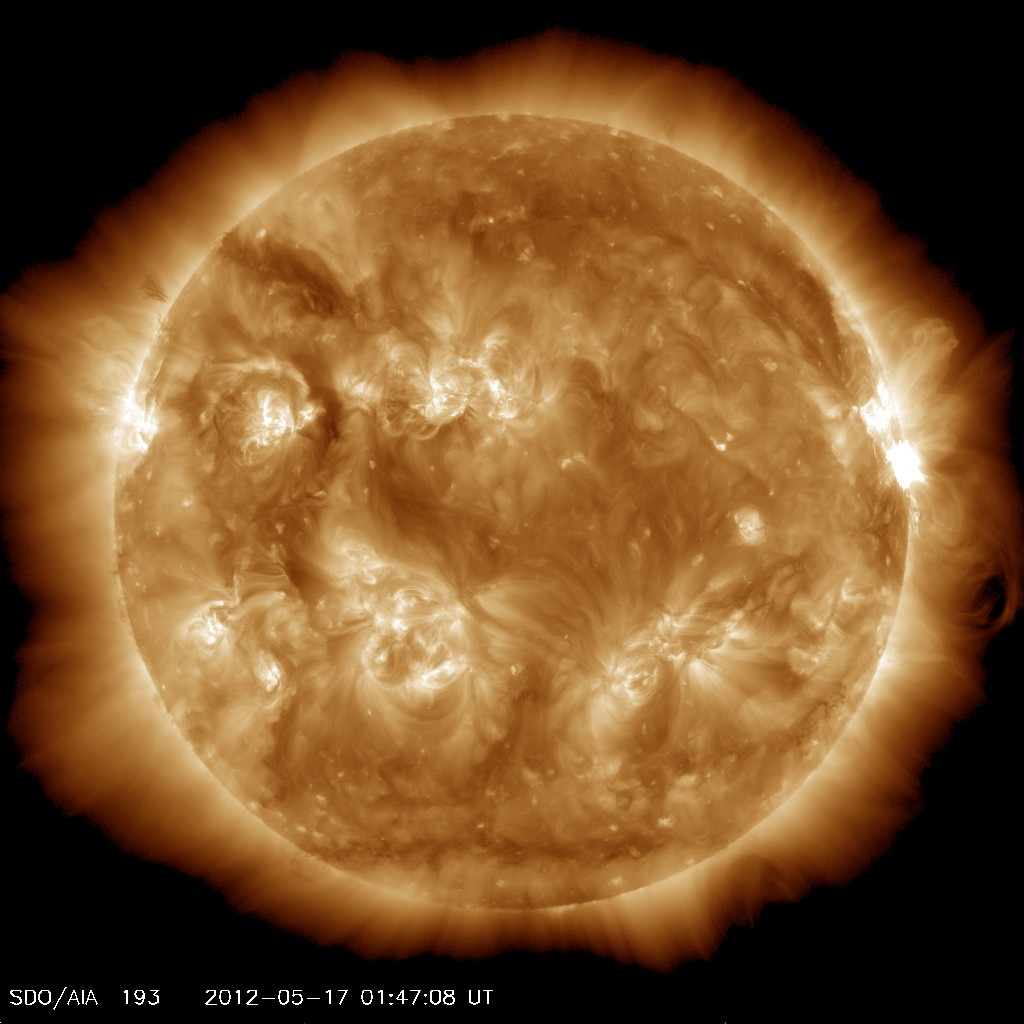 Solar activity ranged from very low to moderate levels. Region 1476 (N09, L=180, class/area Fkc/1050 on 09 May) continued to be the major contributor of x-ray flare activity throughout the week. It produced 13 C-class flares and an M-flare. 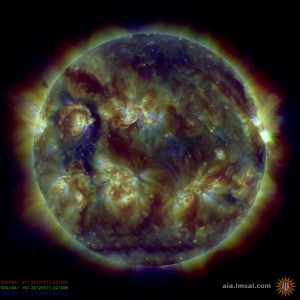 Region 1476 began the week as an Fko type group with a beta-gamma configuration. As it rotated off the west limb on 17 May, the region produced an M5/1f flare on May 17th at 01:47 UTC. This event was accompanied by a 22 minute 10cm Radio Burst (600 sfu) at 17/01:42 UTC, Type II (645 km/s) and Type IV radio sweeps, and a partial halo CME. The CME was first observed by the SOHO/LASCO C3 spacecraft beginning at 17/02:06 UTC with an estimated plane-of-sky speed of approximately 1200 km/s. The majority of the ejecta was directed off the west limb. Region 1476 continued to produce C-class flares as it rotated off the visible disk on 18 May. A filament eruption produced a CME that was observed in STEREO A COR 2 imagery (plane-of-sky speed approximately 482 km/s) beginning at 18/07:09 UTC on 18 May. The ejecta was slightly north of the ecliptic plane, however a glancing blow is possible from that event.

The greater than 2 MeV electron flux at geosynchronous orbit was at moderate to high levels from 14 through 16 May. Moderate levels were observed from 17 through 20 May.

At approximately 20/01:36 UTC, the ACE satellite observed an interplanetary shock passage with a corresponding weak sudden impulse observed in the Boulder magnetometer (15 nT) at 20/02:15 UTC. The shock passage was likely associated with the 17 May CME. The geomagnetic field responded with an isolated active period during the 20/03:00 – 06:00 UTC period.