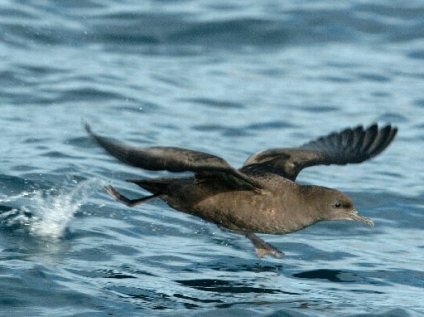 Scientists in New Zealand are voicing concerns after monitoring the muttonbird population as it travels back from spending the northern summer in Japan.  In 2005, scientists attached tracking devices to a portion of the bird population.  The New Zealand “muttonbirders” have been concerned ever since the Fukushima plant started leaking radiation last March.

The birds return to New Zealand every November to mate, but Department of Conservation researcher Graeme Taylor says the birds that did return were in a poor condition.

“We won’t know if they’ve died up there in the north Pacific until another year goes by, because sometimes these birds skip a breeding season- where if they are in a poor condition they don’t attempt to breed, and so they may turn up again and breed.

“But if the birds never turn up again then you have to start to wonder what’s gone on with the population.”

Taylor said the research exhibited such a significant drop in numbers, he admitted it was the “most unusual event” in 20 years of studies of the birds’ numbers, adding the condition of muttonbirds suggested they did not get the food in the north Pacific they usually do.

He said many of the birds which arrived back had old feathers on their tails, wings and body.

“I’ve never seen birds in that poor of a condition come back to New Zealand.”

US researchers have requested samples of dead muttonbirds which were found off the coast of New Zealand, so they can be analyzed, with the expectation that some of them will have absorbed some levels of Cesium.