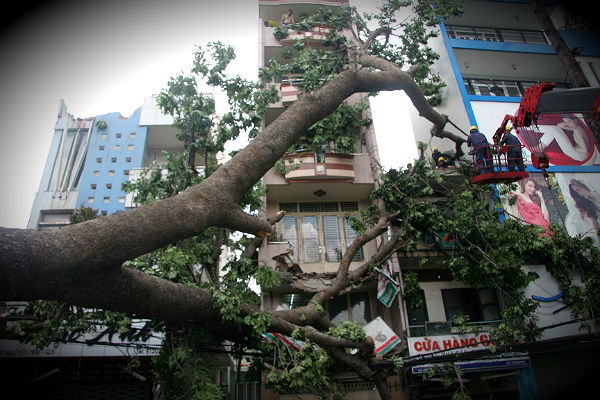 The first typhoon of the northern hemisphere 2012 typhoon season, Tropical cyclone Pakhar weakened to a tropical storm before making landfall in southern Vietnam on Sunday on the coast near Vung Tau and Ham Tan, less than 100 km (60 miles) east of Ho Chi Minh City. At the time of landfall, highest sustained winds were only about 40 mph, or those of a minimal tropical storm. There were no immediate reports of serious damage or injury after Pakhar unleashed strong winds and torrential rain. Storm Pakhar developed from a tropical pressure system last Thursday and has been characterised as an “abnormal” storm, the first to appear before April in 40 years

Torrential rains accompanied by strong winds brought down many big trees, flooded major roads, and caused a power outage for several hours in Ho Chi Minh City. More than 2,000 local residents living in flood-prone areas of Can Gio district had moved to cultural houses and schools before the storm made landfall. Watch the HerDailyDigest for some damage images from Phu My Hung on April 2nd. As Pakhar made landfall it affected seven provinces including Ho Chi Minh City, with heavy rains and gusty winds. Two deaths and 10 injuries were reported. The province of Dong Nai, Bien Hoa City reported more than 700 damaged homes. Flooded streets, damaged structures and downed trees were reported throughout.

However, heavy rain in southern Tien Giang Province helped reduce the risk of forest fire, which is at an alarming level in U Minh Thuong, Hon Dat, Kien Luong and Phu Quoc districts. It also provided fresh water to combat the instrusion of salt water to rice fields in the districts of Chau Thanh and Giong Rieng.

According to the National Centre for Hydro-meteorological Forecasting, the tropical low pressure is moving west and west-northwest with speed of about 15km per hour and will soon turn into a low pressure. It is expected to be in Cambodia until 3pm today, with the strongest winds at its centre under 39km per hour. The tropical low pressure caused strong winds ranging from Level 6 (13 metres per second) to Level 9 (21 metres per second) in areas surrounding Phan Thiet, La Gi and Vung Tau cities. Heavy rain was reported in Tuy Hoa (153mm), Phan Rang (135mm), Nha Trang (134mm) and Phu Quy Island (205mm).

The Joint Typhoon Warning Center downgraded Pakhar to a tropical storm early Saturday. Last Friday, Pakhar held typhoon status over open waters of the South China Sea last Friday, but then weakened sooner than official forecasts had indicated. Heavy rains related to the same system doused parts of the Philippines, triggering flooding and landslides last week. Two people died and another two were missing in the Philippines, according to Philippines government authorities. 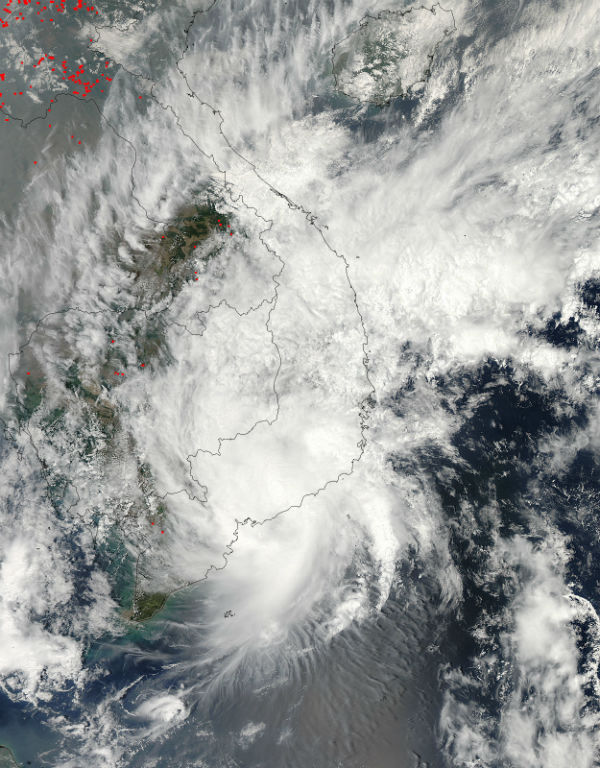 A NASA satellite captured two infrared images of the clouds and thunderstorms that Pakhar brought when it made landfall. The two images were captured from the Atmospheric Infrared Sounder (AIRS) instrument on NASA’s Aqua satellite on April 1 and April 2, after Typhoon Pakhar made landfall in southeastern Vietnam. The coldest cloud top temperatures were as cold as -63F (~-52C) and indicated the strongest thunderstorms with the heaviest rainfall. The images were from April 1 at 1823 UTC (2:23 p.m. EDT) when Pakhar had moved into Cambodia and April 2 at 0647 UTC (2:47 a.m. EDT) when the remnants moved into the Gulf of Thailand. 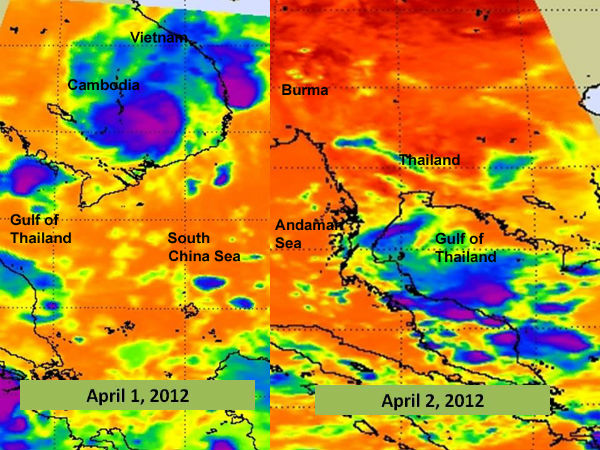 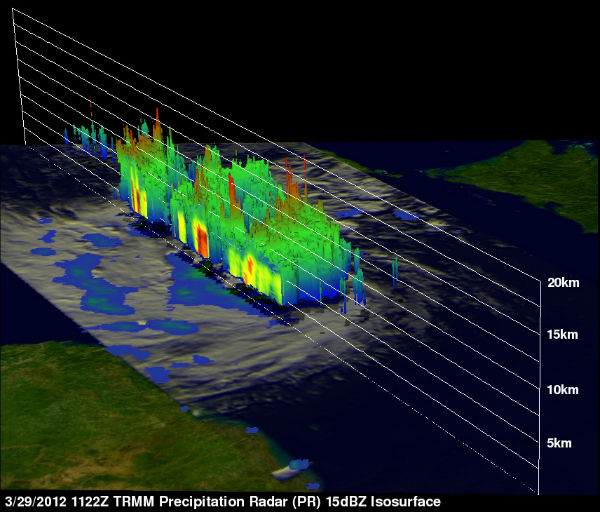