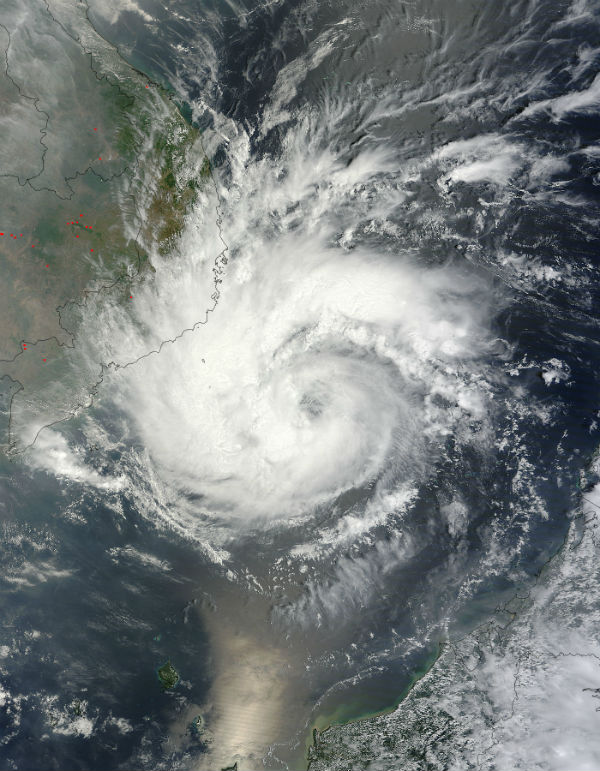 An unusual late-March tropical cyclone will send torrential rain and strong winds ashore in Vietnam. The first Typhoon of the northern hemisphere in the 2012 season is predicted to make landfall today, on April 1 just north of Ho Chi Minh City, affecting approximately 33 million people with strong winds, heavy rains and potential flooding as it passes across Vietnam and Cambodia.

Tropical Storm Pakhar, which took shape over the southern South China Sea on Thursday, will make landfall in southern Vietnam by Sunday night. Excessive rain and flooding is possible over a wide area along and north of Pakhar’s direct path. Damaging winds will be possible as well. Flooding rainfall to at least 12 inches, or 30 cm, will be possible near the storm’s track, but also northward along the coast to Nha Trang or even Qui Nhon. 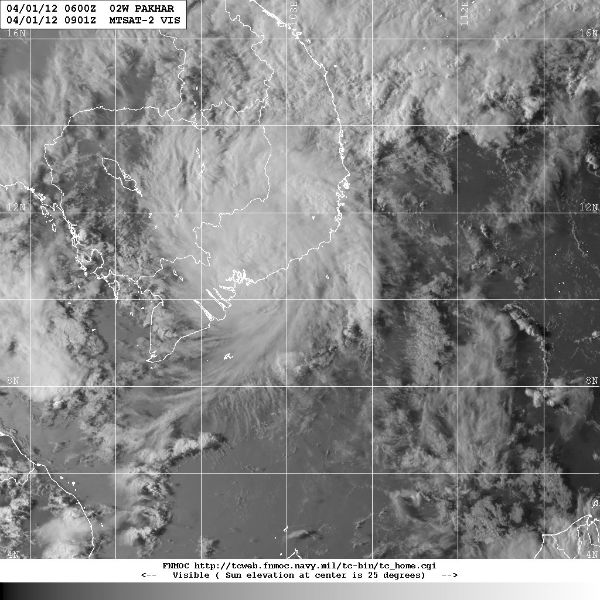 On Saturday morning, highest sustained winds were 70 mph, or 112 km/h, with storm movement towards the west at about 2 mph. The storm has good vertical outflow, will be affected by only light vertical wind shear and will pass over waters with warm sea surface temperatures, so it is predicted to maintain current intensity as it approaches the coast. Although Pakhar is predicted to come ashore at Category 1 strength, it should dissipate rapidly as it interacts with the land.

Any widespread heavy falls of rain would be unusual, as March into April marks the latter part of the yearly dry season in southern Vietnam. For instance, normal monthly rainfall in March is less than 2 inches, or 50 mm. April is also normally a rather dry month along the coast, but can bring increasing rainfall inland.

The western North Pacific Ocean tropical basin is the most prolific in terms of number of named storms each year. However, March and April are within the seasonal lull in tropical cyclones. On average, a named storm happens about once every three years in March. April storm frequency is about two-fold that of March.

On March 30, 2011 Typhoon Pakhar (02W) was spinning in the South China Sea, moving slowly westwards on a track towards Vietnam as it could be seen on this satellite image above.