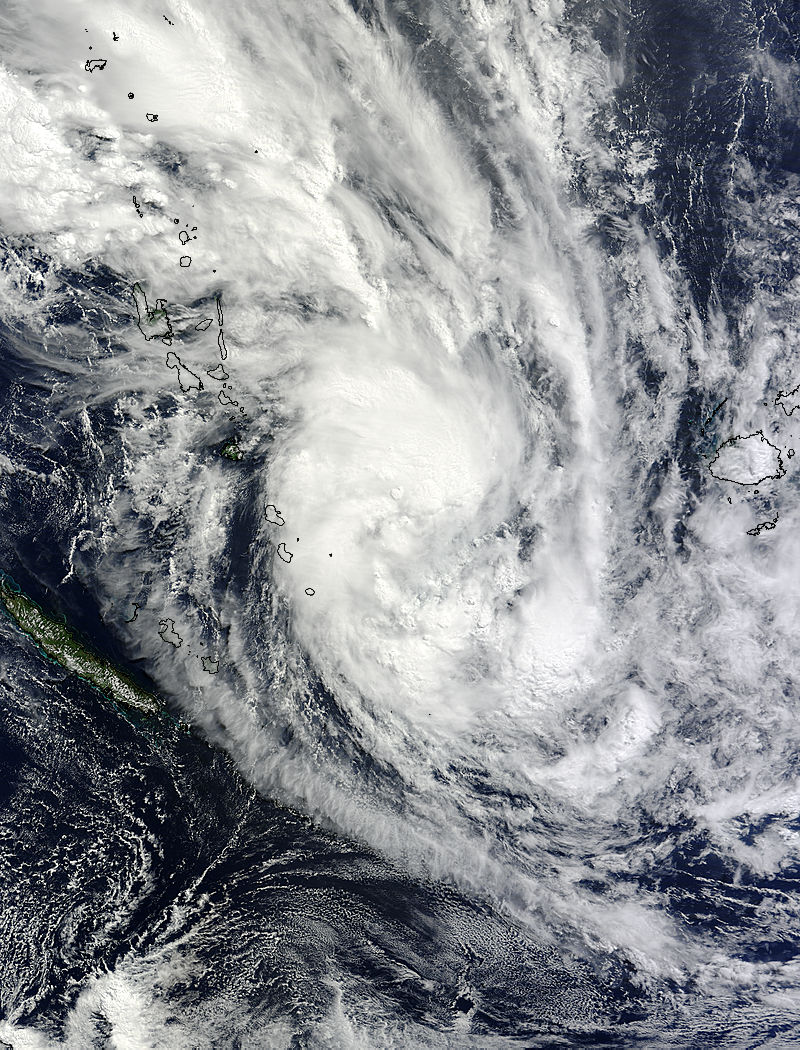 Flood-ravaged Fiji declared a state of emergency on Sunday and warned tourists to stay away for the time being, as heavy rain and high winds continued to pound the South Pacific nation.

Officials said they could not guarantee visitors’ safety in the wake of flash floods that have killed at least two people and forced more than 5,000 to take shelter in evacuation centres.

With roads to the international airport in Nadi cut off and extreme weather expected to continue until Tuesday, officials asked airlines not to bring in any more tourists until Monday at the earliest.

“This action is being reluctantly taken by the Fijian government to ensure the safety and convenience of international visitors and Fijian citizens seeking to return to Fiji,” Tourism Minister Aiyaz Sayed-Khaiyum said. The request is believed to be unprecedented for tourist-dependent Fiji.

The Moderate Resolution Imaging Spectroradiometer (MODIS) instrument on NASA’s Terra satellite captured a visible image of Tropical Cyclone Daphne when it was over the North Fiji Basin on April 1, 2012 at 23:00 UTC (7 p.m. EDT). 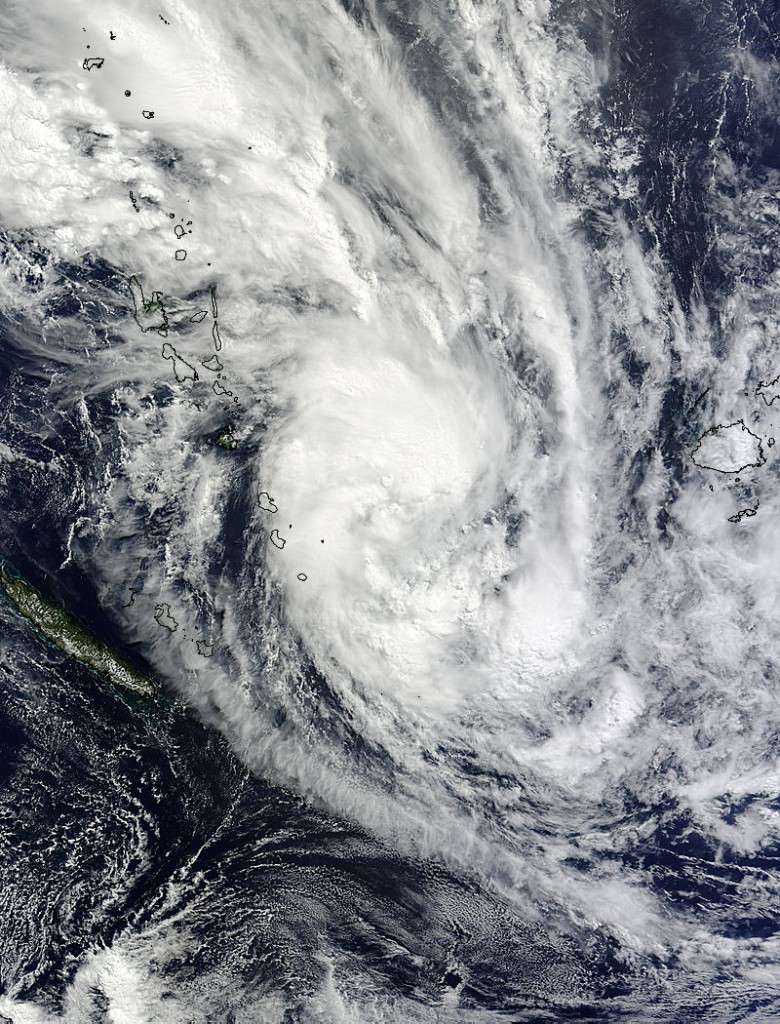 Sky news reported four people were killed from flash flooding in Fiji on April 1, and a state of emergency was declared.

The Australian Broadcasting Corporation reported that there were about 8,000 people in evacuation shelters and that air travel has resumed today after being grounded yesterday.

Forecasters expect Daphne to continue moving to the east-southeast and maintain strength over the next day or two.

Issued from the National Weather Forecasting Centre Nadi
at 7:37am on Tuesday the 3rd of April 2012 (local time)

SEVERE FLOOD WARNING PREVIOUSLY IN FORCE FOR ALL MAJOR RIVERS AND
STREAMS IS NOW CANCELLED.

A STRONG WIND WARNING REMAINS IN FORCE FOR THE FIJI GROUP LAND AREAS. 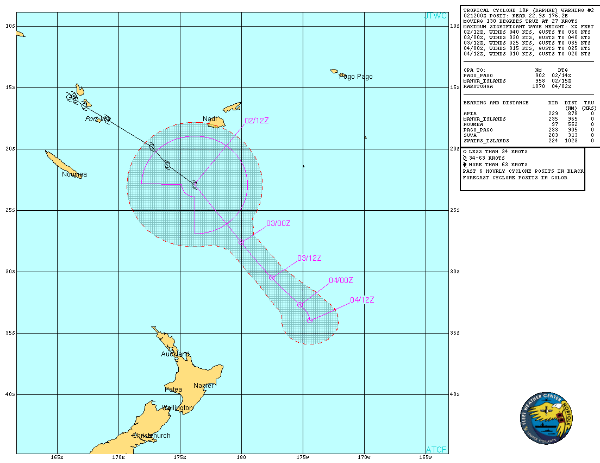 Situation: Tropical Cyclone Daphne was located to the far south of Fiji at 6am today. It is moving southeast wards further away from the group.

Forecast to midnight tonight for the Fiji group:
Strong northerly winds with average speeds 40 km/hr to 55km/hr and momentary gusts to 85 km/hr.