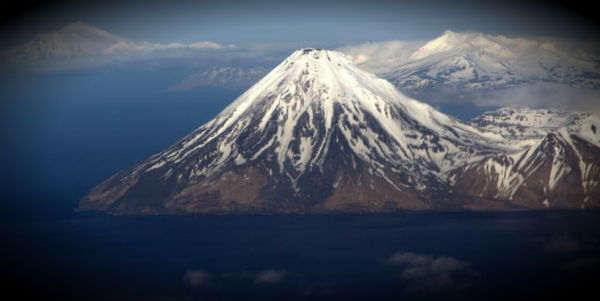 Kanaga volcano, located about 50 km (32 miles) east of Adak, has been reportedly erupting over the weekend. Recent satellite images showed a weak volcanic ash plume spotted via satellite and local seismic stations recorded. Alaska Volcano Observatory (AVO)  raised the alert status to Yellow/Advisory due the possibility of larger explosive eruptions. It has been almost 17 years since The last confirmed eruption from Kanaga was in 1994, a VEI 2 event that produced mostly explosive material and lava flows.  This new unrest indicates a possibility for sudden explosions of ash to occur at any time, and ash clouds exceeding 6 km (20,000 feet) above sea level may develop. If a large, explosive, ash-producing event occurs, the local seismic network, satellite ash alarms, infrasound, and volcanic lightning will alert AVO to the new activity.

Last activity report from February 20 stated that no unusual seismicity was detected at Kanaga during the day. Clouds have obscured the most recent satellite views. Photographs taken by a local observer on February 19 show a small steam plume issuing from the summit. AVO has received no reports of further explosive activity or ash clouds. 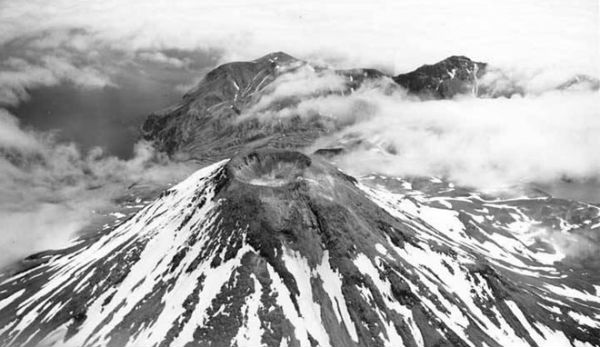 Kanaga Volcano occupies the northern corner of Kanaga Island, one of the most southerly members of the central Aleutian chain. It is a symmetric composite cone 1307 m (0.81 miles) high and 4.8 km (3 miles) in diameter at sea level, built of interbedded basaltic and andesitic lava flows, scoria layers, and pyroclastic rocks. Kanaga Volcano last erupted 1994-1995 when observed eruptive plumes were relatively dilute, rising to altitudes of less than 3 km (9,840 ft) and dropping ash onto the flanks of the volcano. At least two significant ash plumes were recorded over the course of this eruption: the first, to ~7.5 km (24,600 ft) occurred on February 21, 1995 and the second on August 18,1995, when an eruption cloud reached ~4.5 km (14,760 ft). A light dusting of ash fell on the community of Adak and air traffic was disrupted due to continuing low-level activity and cloudy conditions which prevented visual approaches to the Adak air field. 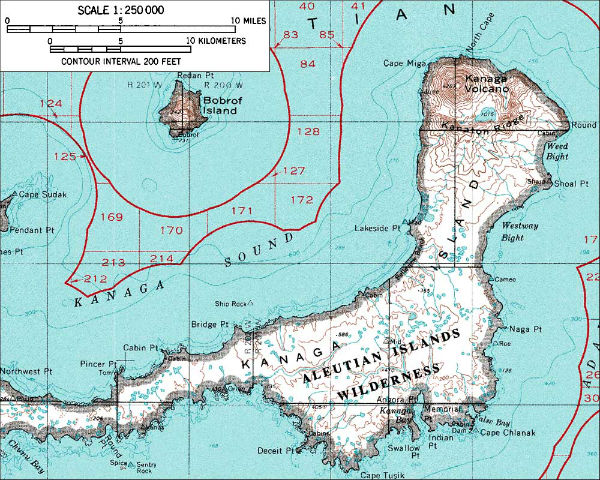 Kanaga joins Cleveland as Aleutian volcanoes on elevated alert. Cleveland has seen its new summit dome continue to grow and has now reached almost 60 meters in diameter. This continued growth increases that chance that an explosive eruption could occur at Cleveland if this dome blocks gases from escaping the volcanic conduit or the dome collapses as it grows larger – much like the explosive eruption in late December. It remains possible for intermittent, sudden explosions of blocks and ash to occur at any time, and ash clouds exceeding 20,000 feet above sea level may develop. Such explosions and their associated ash clouds may go undetected in satellite imagery for hours. If a large, explosive, ash-producing event occurs, seismic, infrasound, or volcanic lightning may be detected by local and regional monitoring networks. There is no real-time seismic monitoring network on Mount Cleveland.  The volcano remains on Orange/Watch alert status. 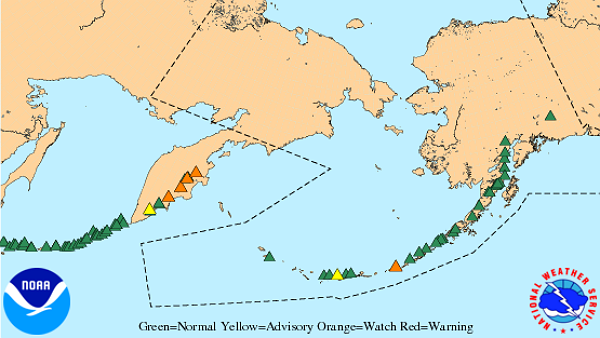