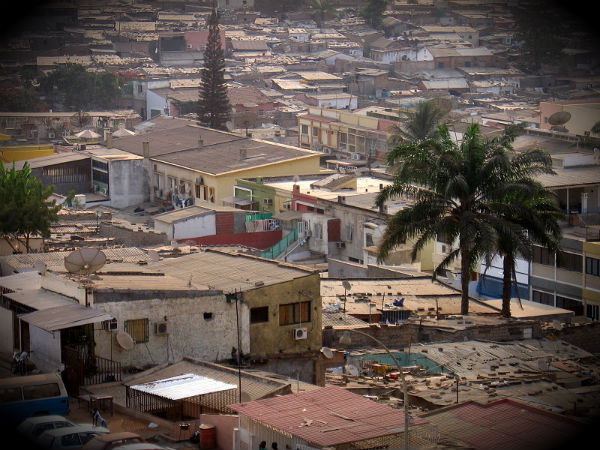 Angola is facing severe water shortages. Water utility in Luanda, Angola’s capital, vowed to repair a burst water main within days, to end shortages that have lasted a week across much of Luanda. Prices of water have doubled due to the shortage, jumping from 7000 to as much as 14000 kwanzas (which is about $70-$140) for a full cistern. The increase was even steeper for 25-litre containers, soaring from 20 to 50 kwanzas in some neighbourhoods.

EPAL water utility spokesman said that the shortage is due to a maintenance problem in an aqueduct serving the capital… worsened when a construction company ruptured a main.

The city of Luanda is home to nearly seven million people and most of them live without running water or electricity. The UN children’s agency UNICEF estimates that 87 percent of the urban population lives in shacks, even though the nation’s oil riches have given Angola one of the world’s fastest-growing economies. (ModernGhana)

The city is currently undergoing a major reconstruction, with many large developments taking place that will alter the cityscape significantly. Luanda was ranked the most expensive city to live in for expatriates by Mercer, for 2011.

Around one-third of Angolans live in Luanda, 53% of whom live in poverty. Living conditions in Luanda are poor, with essential services such as safe drinking water still in short supply.Luanda is one of the world’s most expensive cities for overseas foreigners. Petroleum (found in nearby off-shore deposits) is refined in the city, although this facility was repeatedly damaged during the Angolan Civil War (1975–2002). Economic growth is largely supported by oil extraction activities, although massive diversification is taking place. Large investment (domestic and international), along with strong economic growth, has dramatically increased construction of all economic sectors in the city of Luanda. (Wikipedia)