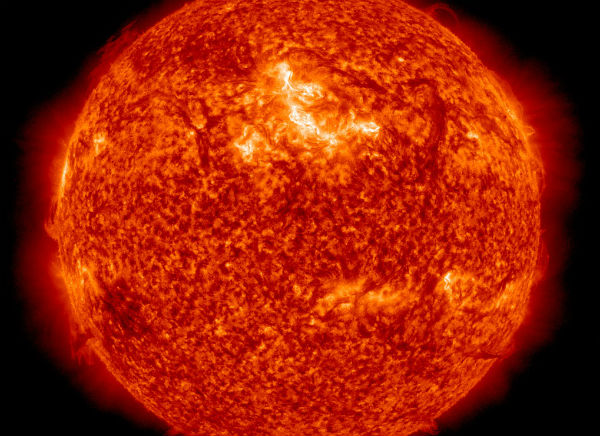 NOAA/SWPC have determined that the CME from Active Region 1402 near disk center from the latest M3 solar flare will likely pass above (north) of Earth. This glancing blow will cause just G1 (Minor) Geomagnetic Storm activity. We can expect first signs  starting from  around 18:00 UTC  on Sunday, January 22.

This morning ACE Spacecraft show a minor solar wind increase at 04:00 UTC. This is most likely unrelated to the M3 event on Jan 19. A Geomagnetic Sudden Impulse warning was issued, but has since been cancelled. Geomagnetic storming related to this event is not expected. There are no large coronal holes on the Earthside of the sun right now. 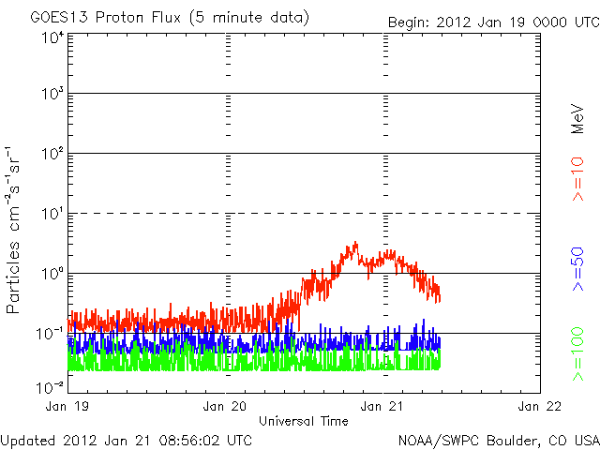 Energetic solar particles are blown outwards during a solar flare, and are usually out ahead of the advancing CME plasma cloud. The protons enter Earths atmosphere at both the north and south poles. The Proton Flux has shown a gradual increase through the day on Friday, but has yet to reach the S1 Minor Radiation Storm level.

Solar activity was very low with no flares detected. Region 1401 (N15W01) showed intermediate spot development during the period and was classified as an Eki group with beta magnetic structure. Region 1402 (N28E03) showed no significant changes and was classified as a Dki group with beta magnetic structure. No new regions were numbered.  Solar activity is expected to be low through the period (21 – 23 January) with a chance for an M-class flare from Region 1401 or 1402.

The geomagnetic field was quiet. An enhancement of the greater than 10 MeV proton flux at geosynchronous orbit began around 20/0800Z and continued through the end of the period. The enhancement was associated with the long-duration M3/2n flare observed on 19 January. The geomagnetic field is expected to be at quiet levels during day 1 (21 January) and most of day 2 (22 January). Field activity is expected to increase to unsettled to active levels late on day 2 and day 3 (23 January) with a chance for minor storm levels due to the arrival of the halo-CME observed on 19 January. There will be a slight chance for a greater than 10 MeV proton event at geosynchronous orbit during the period. 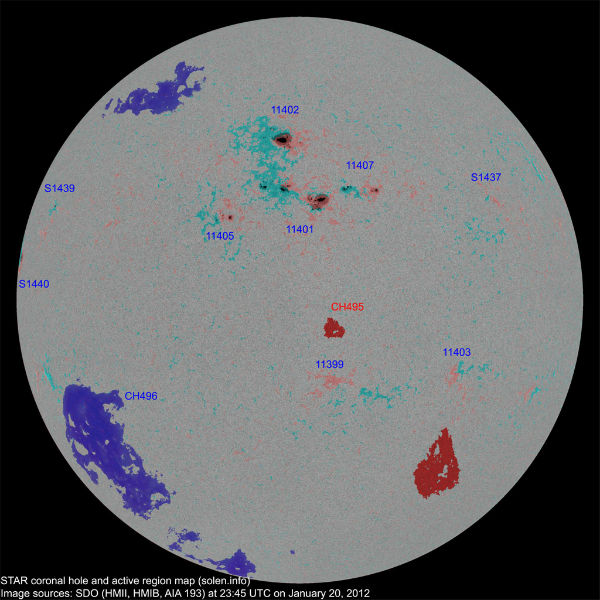