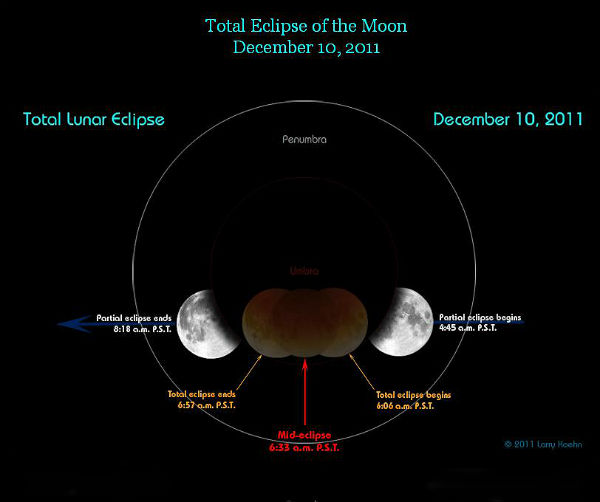 The action begins around 4:45 am Pacific Standard Time when the red shadow of Earth first falls across the lunar disk.  By 6:05 am Pacific Time, the Moon will be fully engulfed in red light. This event—the last total lunar eclipse until 2014 – will be visible from all of Asia and Australia, seen as rising over eastern Europe, and setting over northwest North America but the moon will set before the eclipse is completed – only Alaska and northern most Canada will be able to witness the entire event. In the Philippines and Malaysia, the lunar eclipse is visible just after sunset. Skywatchers in Hawaii, Australia, and East Asia have it better. Seen from there, the whole eclipse happens high in a dark sky from start to finish. For Europe and Africa, the eclipsed Moon will be lower in the east during or after twilight on the evening of the 10th. The eclipse will occur on Saturday evening in India. None of the eclipse can be seen from South America or Antarctica. For residents of the western USA and Canada, the event unfolds at dawn and will be magnified to super-sized proportions by the Moon illusion. 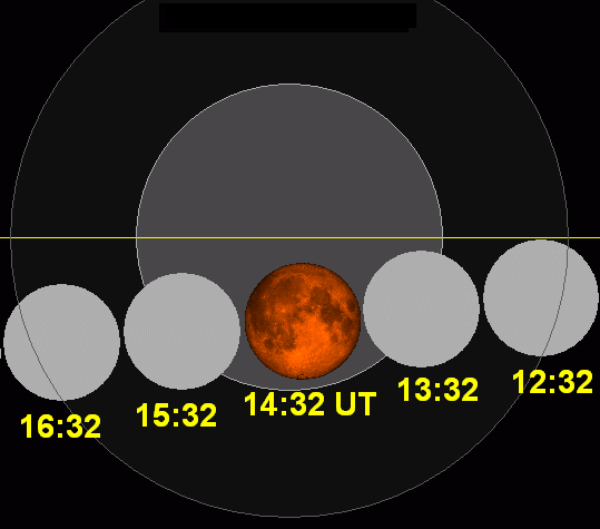 For those living in the western US the eclipse is deepest just before local dawn. You could see the reed Moon sinking into the horizon if you face west as the sun rises behind your back.  Low-hanging Moons look unnaturally large when they beam through trees, buildings and other foreground objects. In fact, a low Moon is no wider than any other Moon (cameras prove it) but the human brain insists otherwise. To observers in the western USA, therefore, the eclipse will appear super-sized. Scientists still don’t fully understand the nature of this phenomena. Either way – it’sunique way to start the day! To get a good image scale, use a wide-field telescope or a long telephoto lens. 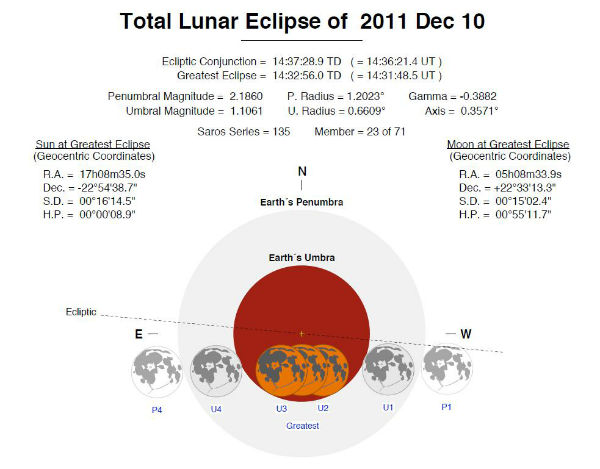 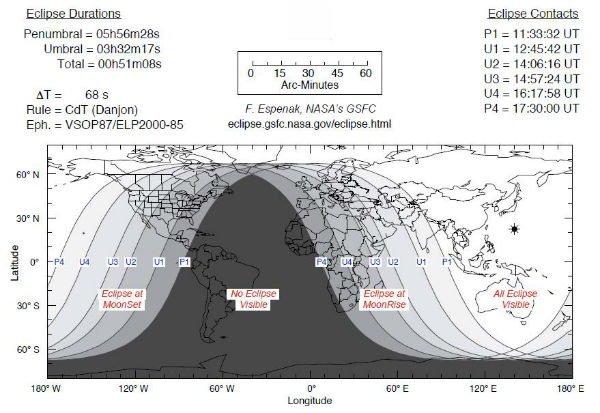 The Moon’s orbital trajectory takes it through the southern half of Earth’s umbral shadow. Although the eclipse is not central, the total phase still lasts 51 minutes. The Moon’s path through Earth’s shadows as well as a map illustrating worldwide visibility of the event are shown above. 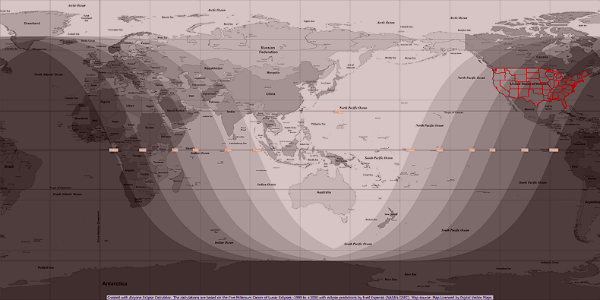 The delicate layer of dusty air surrounding our planet reddens and redirects the light of the sun, filling the dark behind Earth with a sunset-red glow. The exact hue (anything from bright orange to blood red is possible) depends on the unpredictable state of the atmosphere at the time of the eclipse. Atmospheric scientist Richard Keen of the University of Colorado forecasts this eclipse to be bright orange, or even copper-colored, with a possible hint of turquoise at the edge.

During a lunar eclipse, most of the light illuminating the moon passes through the stratosphere where it is reddened by scattering. If the stratosphere is loaded with dust from volcanic eruptions, the eclipse will be dark; a clear stratosphere, on the other hand, produces a brighter eclipse.  At the moment, the stratosphere is mostly clear with little input from recent volcanoes.

Light passing through the upper stratosphere penetrates the ozone layer, which absorbs red light and actually makes the passing light ray bluer. This can be seen as a soft blue fringe around the red core of Earth’s shadow. 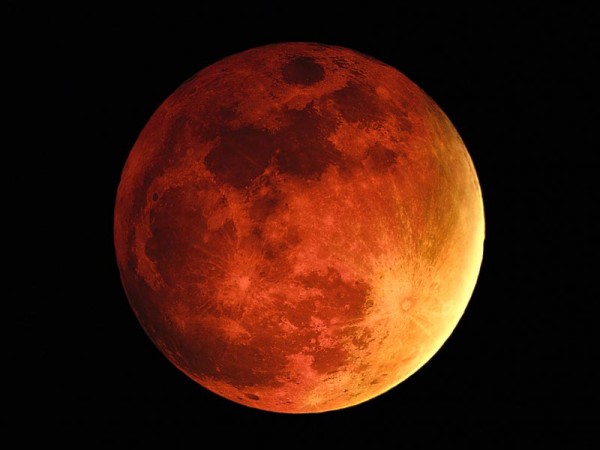 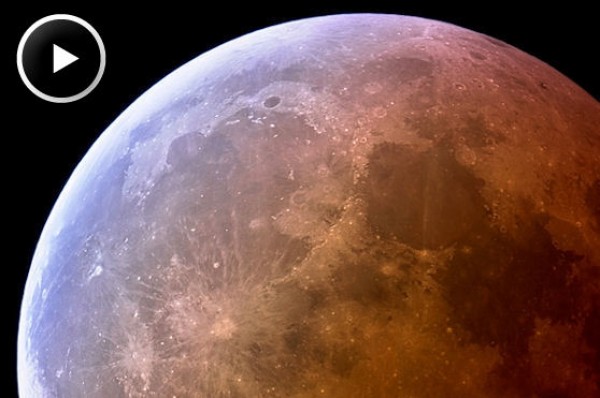 Here are some links for Watchers that want to see and know more:

How to Photograph a Lunar Eclipse