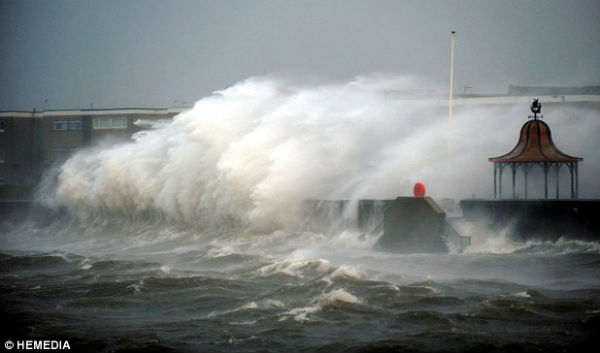 Hurricane gusts blasted Scotland on Thursday as a fearsome wintry storm motored through the United Kingdom. The windstorm also reached southward into England, Northern Ireland and the Republic of Ireland. The strong storm – the worst in the UK for a decade – brought down trees, closed roads and schools and knocked out power lines. Wind speeds of 105 mph were recorded at Tulloch Bridge in Inverness, off northern Scotland, data accessed by AccuWeather.com showed. Meanwhile, gusts topped out a powerful 165 mph on Cairngorm, a mountain in central Scotland, according to The Guardian. The areas that saw the most disruption were Ayrshire, Fife and Central Scotland. 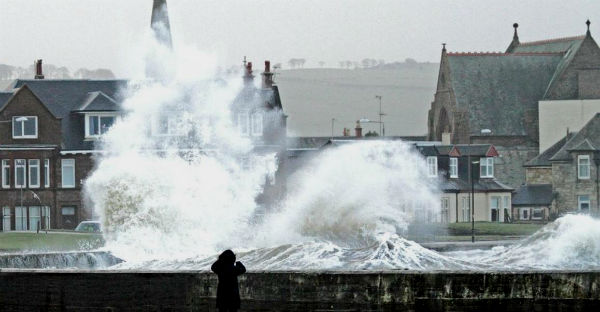 A red alert, the highest warning given by the U.K. Met Office, was issued for much of central and southern Scotland, an area spanning Glasgow and Edinburgh. U.K. newspaper The Guardian reported that it was “thought to be the first time” such a warning was issued for a high wind event. Hundreds of schools were shut, and a number of roads and bridges were closed. About 150,000 homes are thought to have lost power during the day on Thursday and more than 70,000 were off overnight according to BBC. Access to many parts of the country continues to be hampered by roads blocked by trees and other wind borne debris. 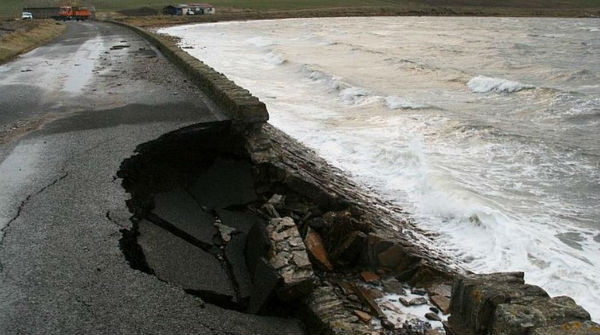 The worst of the storm had moved into Scandinavia, where the forecast calls for a mix of rain and snow at the coast, including Oslo, the capital of Norway, with locally heavy snow farther inland. High winds and potential coastal flooding are slated for areas along and near shores from Denmark to Netherlands. 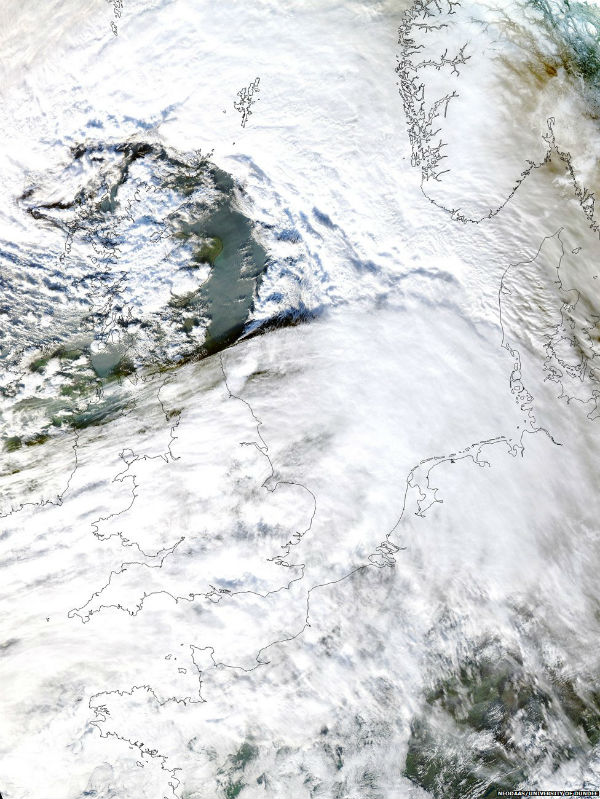 The dry reprieve will not last for much of the U.K. as another major storm approaches western Europe early next week. The strong low pressure system is forecast to bring rain to southern England and western France, including Paris. Farther north, snow will accompany the storm across Scotland, including Edinburgh, and northern England.

Being an unusually strong storm, the system will rough up seas in the north Atlantic. Wave swells of over 40 feet are forecast off the coast of western Ireland early Tuesday morning. The storm also has the potential to bring high wind speeds that will be similar to those of Wednesday’s system. (AccuWeather)

To help improve future forecasts, scientists from the UK academic community and the Met Office are using the  Facility for Airborne Atmospheric Measurements (FAAM) research aircraft to probe this storm, using specialist instruments to measure the winds, temperature and humidity, and cloud particles. The flights are being conducted as part of DIAMET, a joint project between the National Centre for Atmospheric Sciences,  Natural Environment Research Council and the Met Office as part of our programme of continually improving our ability to forecast high-impact weather.