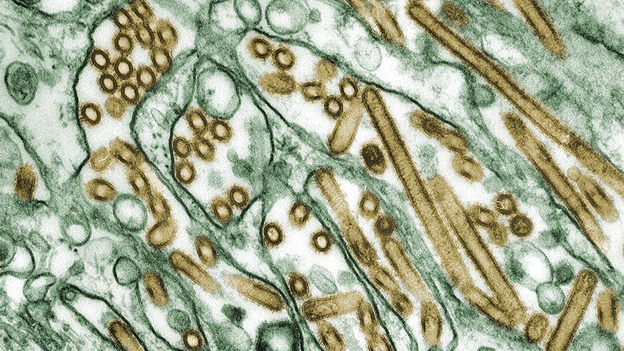 Scientists and security specialists are in the midst of a fierce debate over recent experiments on a strain of bird flu virus that made it more contagious. The H5N1 virus has been circulating among birds and other animals in recent years. It’s also infected about 500 people. More than half died. But this dangerous virus has not caused widespread human disease because, so far, sick people haven’t been very contagious.

Virologist Ron Fouchier of the Erasmus Medical Centre in the Netherlands made an astounding, and terrifying, announcement at a flu conference in Malta this September. He found that a few simple genetic tweaks to the virus made it far more infectious among ferrets – a standard animal model used to study how viruses spread among humans. But his discovery caused a storm of controversy. 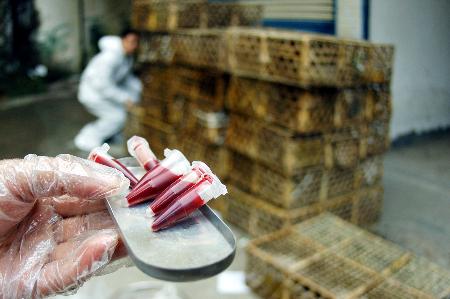 Fouchier found that a mere five mutations to the virus were sufficient to make it spread far more easily. His genetic research was part of an international drive to understand H5N1 more fully. Many experts say that this research should be suppressed – in case the new ‘tweaked’ virus is used as a bioweapon. A more contagious version of H5N1 could be a terrible weapon in the hands of terrorists. Bioterrorism experts are aghast at the idea of the research being released DailyMail reported on November 18.

Fouchier’s work is now being scrutinised by an American committe called the National Science Advisory Board for Biosecurity, says NPR. The National Science Advisory Board for Biosecurity is a panel of the United States Department of Health and Human Services. It is tasked with recommending policies on such questions as how to prevent published research in biotechnology from aiding terrorism, without slowing scientific progress. 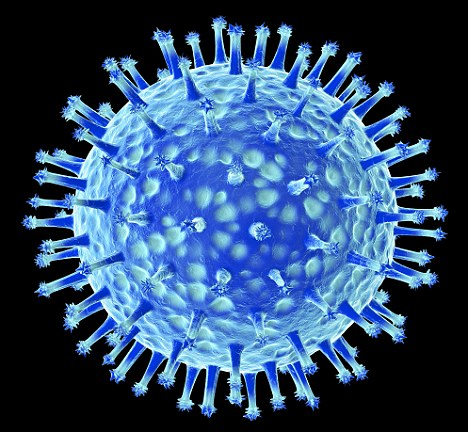 “It’s just a bad idea for scientists to turn a lethal virus into a lethal and highly contagious virus,” says Dr Thomas Inglesby, director for the Centre for Biosecurity at the Universuity of Pittsburgh. ‘There are some cases that I think are worth an exception to the principle of openness. I can only imagine that the process of deliberating about the publication of these findings is quite serious.“

Fouchier is not going to comment until the committee has made its decision about whether the findings should be published. Experiments involving other, different variants of the virus have been published in the journal Virology. Experts are divided about the benefits of publication – with some saying that the benefits of publishing, and studying, new variants of viruses can outweigh the risks.