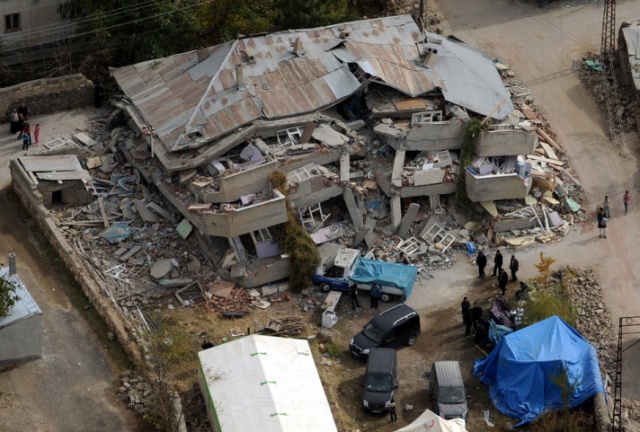 Unfortunately, yesterday was the last day for search and rescue in the region. Work will then begin on demolishing, recovery and rebuilding. It is thus unlikely that the number of people rescued will increase above 188. The death toll has passed 600 and is now at 601.

The number of tents provided has increased to 43 367 (8 639 from international sources.). 165 531 blankets have been provided. Remember that it is very cold in the Van Province at the moment, as it is quite high up! Given the poorness of the region even before the disaster, food issues are a problem. 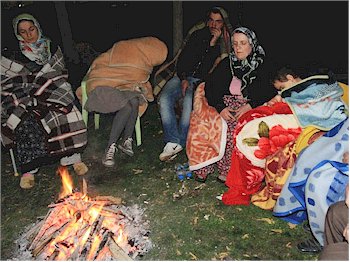 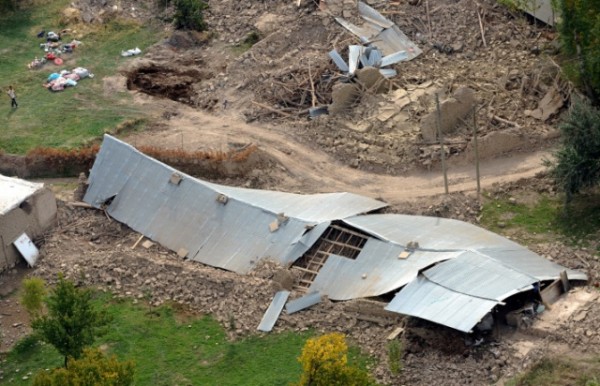 Until now almost all videos were showing Van damage. The video below is a report from Ercis, the town with the highest losses so far. You will see that some houses are still standing next to others changed into rubble.  It looks to us that most of the collapsed buildings (not all, it is not that simple) were not build with enough earthquake resistant guidelines. In case of older buildings, we can still understand what happened, but some collapsed buildings (also in the Van videos) seem to be rather new.

In the following diagram from the CEDIM Forensic Disaster Analysis Group update to be published at 0900CET using the base KOERI map (courtesy KOERI), one can see the large difference between the various hypocenters. Hypocentral information is used in the first minutes to work out the extent of the damage and the location of the possible damage and casualties. 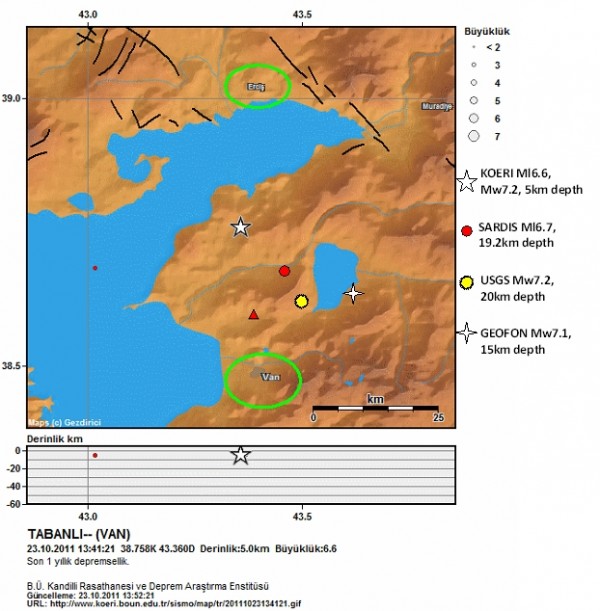 This is only improved by having a greater density of seismological stations. In this case, the hypocenter of USGS was much closer to Van than that of KOERI which was located between Ercis and Van. So a note to all governments, please invest in seismological stations if you want accurate loss estimates early! Telecommunications generally do not work after an earthquake thus showing the need for these rapid loss systems like ELER, PAGER, WAPMERR etc. (EarthquakeReport)