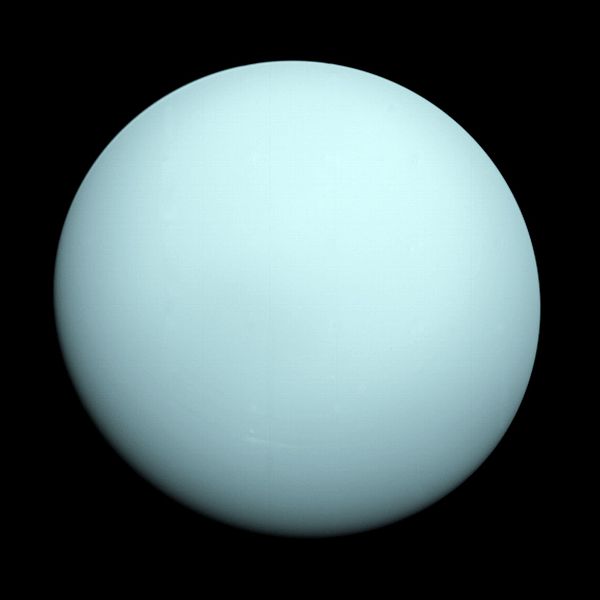 According to various sources, a bright spot – possibly a developing storm – has been spotted on Uranus.

Professional observers on October 27 reported a very bright cloud on Uranus, using the Gemini telescope, and need amateur confirmation if possible, to obtain a rotation period. Near-infrared filters may have the best chance of detecting it. It was recorded in the 1.6 micron band, which is further into the IR than amateurs can reach, but your usual near-IR filters might be successful. Methane filters are not especially promising, as these clouds on Uranus are overlaid by a methane-rich layer of atmosphere, but would be worth trying anyway. Anyone who has a 1-micron filter should have a go too. 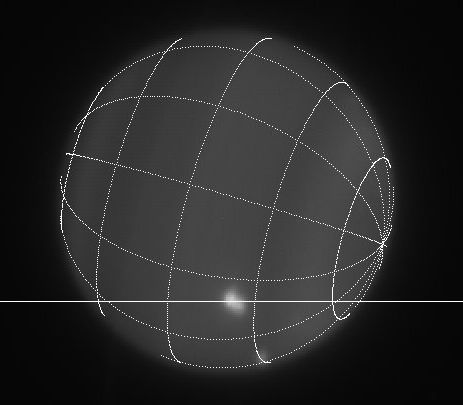 At this point in time, information is limited, but professional images taken using the 8.1-metre Gemini Telescope North on Hawaii have recorded a region said to be ten times brighter than the planetary background. The bright spot is believed to be attributed to methane ice.

The feature is not very large; instead its prominence is due to its high altitude, placing it above the intense absorption of methane in the deeper atmosphere. This is much higher than the 1.2-bar methane condensation level and thus it is expected to be predominantly composed of methane ice particles. 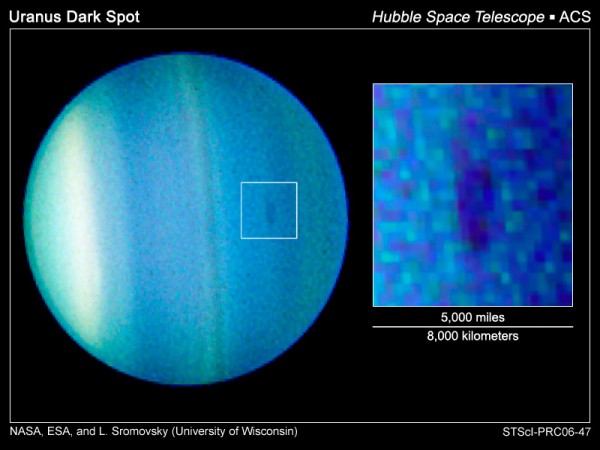 The latitude of the feature is approximately 22.5° north planetocentric, which is a latitude nearly at rest with respect to the interior. So it should rotate around Uranus’ axis with nearly a 17.24-hour period. At the time of the image, the feature’s longitude was 351° West. That could change slowly in either direction. 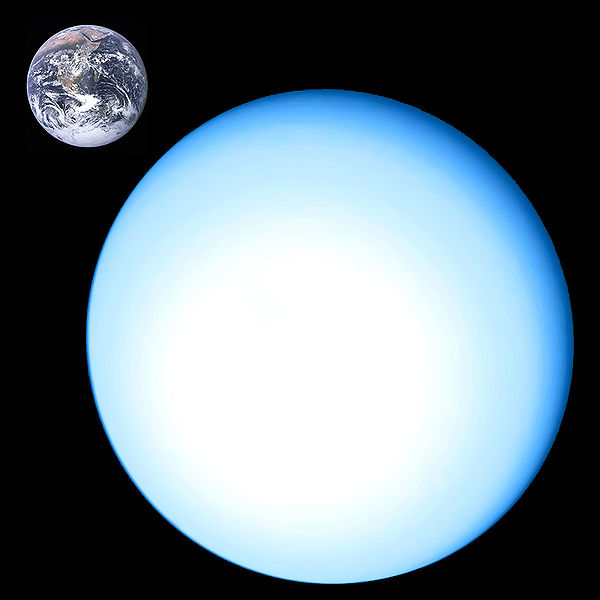 Uranus revolves around the Sun once every 84 Earth years. Its average distance from the Sun is roughly 3 billion km (about 20 AU). The intensity of sunlight on Uranus is about 1/400 that on Earth. Its orbital elements were first calculated in 1783 by Pierre-Simon Laplace. With time, discrepancies began to appear between the predicted and observed orbits, and in 1841, John Couch Adams first proposed that the differences might be due to the gravitational tug of an unseen planet. In 1845, Urbain Le Verrier began his own independent research into Uranus's orbit. On September 23, 1846, Johann Gottfried Galle located a new planet, later named Neptune, at nearly the position predicted by Le Verrier. 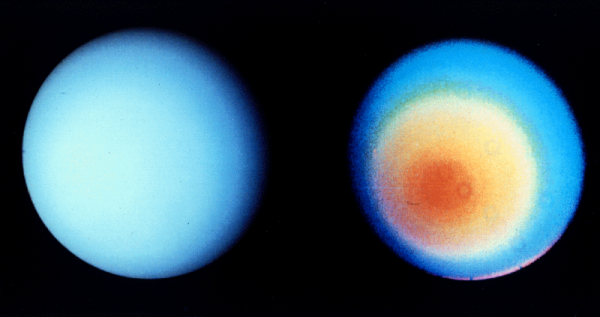 The rotational period of the interior of Uranus is 17 hours, 14 minutes. As on all giant planets, its upper atmosphere experiences very strong winds in the direction of rotation. At some latitudes, such as about two-thirds of the way from the equator to the south pole, visible features of the atmosphere move much faster, making a full rotation in as little as 14 hours.