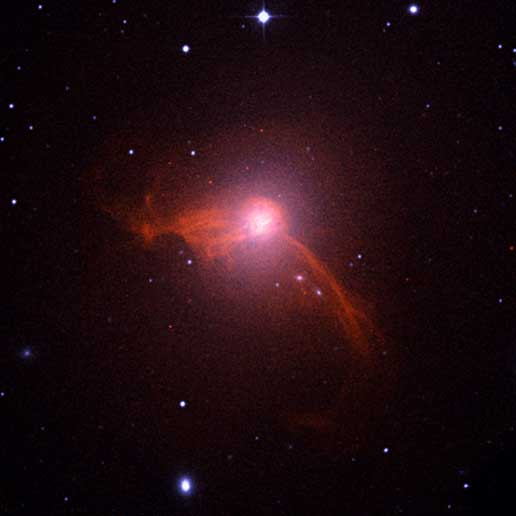 Chandra space telescope recorded a stunning image showing effervescence of supermassive black holes at elliptical galaxy M87 in cluster Virgo.  Outbursts and deep sounds have been generated by the black hole for eons as it seems. 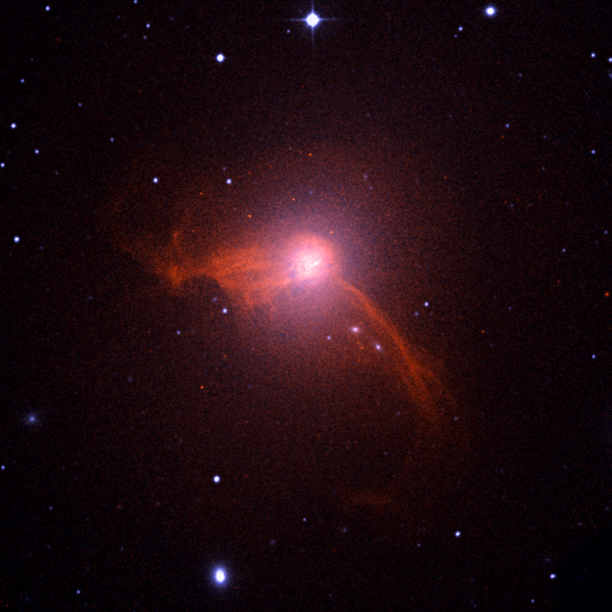 Using the Frederick C. Gillett Gemini Telescope on Mauna Kea, Hawaii, a team of astronomers calculated the black hole’s mass, which is vastly larger than the black hole in the center of the Milky Way, which is about 4 million solar masses. The black hole’s event horizon,  20 billion km across “could swallow our solar system whole.”

In order to calculate the black hole’s mass, the astronomers measured how fast surrounding stars orbit the black hole. They found that, on average, the stars orbit at speeds of nearly 500 km/s (for comparison, the sun orbits the black hole at the center of the Milky Way at about 220 km/s). From these observations, the astronomers could come up with what they say is the most accurate estimate for the mass of a supermassive black hole.The team theorizes that the M87 black hole grew to its massive size by merging with several other black holes. M87 is the largest, most massive galaxy in the nearby universe, and is thought to have been formed by the merging of 100 or so smaller galaxies. The M87 black hole’s large size and relative proximity, the astronomers think that it could be the first black hole that they could actually “see.”

Future calculations may attempt to calculate the size of another black hole with a roughly estimated mass of 18 billion solar masses, which is located in a galaxy about 3.5 billion light-years away.