As of Saturday afternoon, Typhoon Nalgae is moving westward away from the northern Philippines as a strong typhoon, downgraded from a super typhoon earlier today.

Late Friday evening, Nalgae made landfall along the central Luzon coast as a super typhoon with sustained winds of 130 knots or 150 mph. Nalgae took a nearly identical track as compared to Nesat which crossed the island of Luzon just four days ago and pounded the same areas with flooding rain and damaging wind. 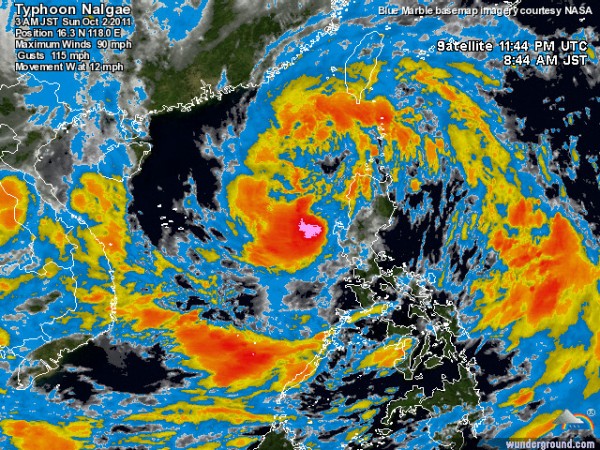 Nalgae will remain on a westerly track over the next few days, remaining over open waters. Given that Nesat just tracked across the South China Sea a few days ago, surface water temperatures are not as warm as they could be which will limit strengthening. Nalgae will, however, remain a typhoon as it crosses the South China Sea.

During the middle of next week, Nalgae is expected to impact northern and central Vietnam with heavy rain and wind. The threat of flooding and mudslides in that region will be much higher than normal as Nalgae moves toward the area, due recent rain from the former typhoon Netsat which has already resulted in flooding conditions and weakened soil. (AccuWeather) 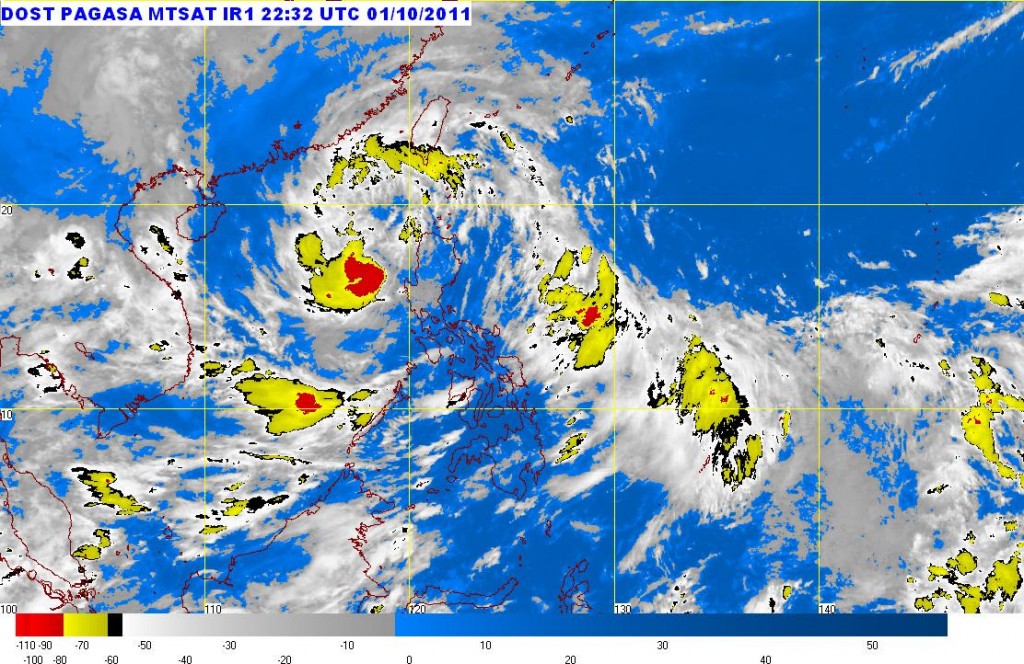 The devastation of Typhoon Pedring displaced more than 5,000 families here while leaving nearly P49 million worth of damages in crops, according to the province’s chief executive. Governor Jun Ebdane said more than P48.9 million worth of crops in the towns of Sta. Cruz, Palauig, San Marcelino and Castillejos were damaged while strong winds also leveled vegetable farms and fruit-bearing trees in the province. A total of 5,120 families or 25,168 persons were affected either by flooding or strong winds that destroyed residences and some public buildings. (PhilStar)

The second typhoon to hit the country this week made landfall this morning along the coastlines of Dinapigue town in Isabela province and is now battering northern Luzon areas with winds of up to 160 kph.

Typhoon Quiel is expected to cross the provinces of Quirino, Nueva Vizcaya, Ifugao, Benguet and will exit La Union. The Philippine Atmospheric, Geophysical and Astronomical Services Administration (PAGASA) said the gustiness of the storm could raise to 195 kph while moving west-southwest at 26 kph. It was making a similar path across the saturated Luzon Island as Typhoon Pedring, which earlier killed at least 50 people, left 31 missing and thousands stranded. 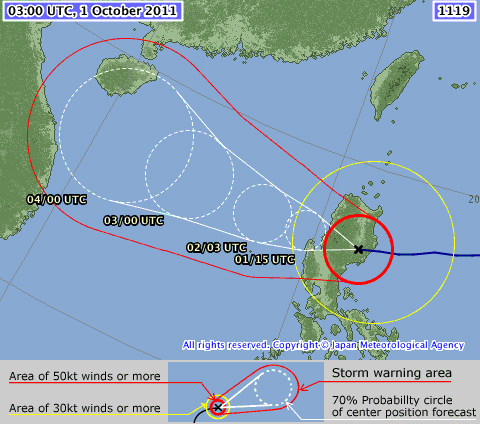 PAGASA reminded residents in low lying and mountainous areas under public storm warning signals against possible flashfloods and landslides. Likewise, those living in coastal areas are alerted against big waves or storm surges generated by the tropical cyclone.  Estimated rainfall over Magat Dam catchment during the passage of Typhoon Quiel is 200-400 mm, while on Angat Dam catchment ranges from 80-100 mm. The government’s disaster preparedness office called on residents of rain-soaked areas in Luzon to brace for more floodings as Quiel batters the northern part of the country.

Meantime, residents of Hagonoy town in Bulacan called for help as flooding continue to devastate the area that resulted to the dwindling of drinking water and food supplies. Rising floodwater isolated the coastal towns of Calumpit and Hagonoy where massive rescue and forced evacuation of affected residents continue today. The Provincial Disaster Risk Reduction and Management Office (PDRRMO) said that even trucks can no longer reach the two heavily flooded towns.

The PDRRMO reported that at least 16,774 families in Calumpit and 34,788 families in Hagonoy have been affected by the heavy flooding caused by back floods coming from Nueva Ecija and Pampanga and the release of waters from Angat dam, Ipo Dam and Bustos dam. (PhilStar) 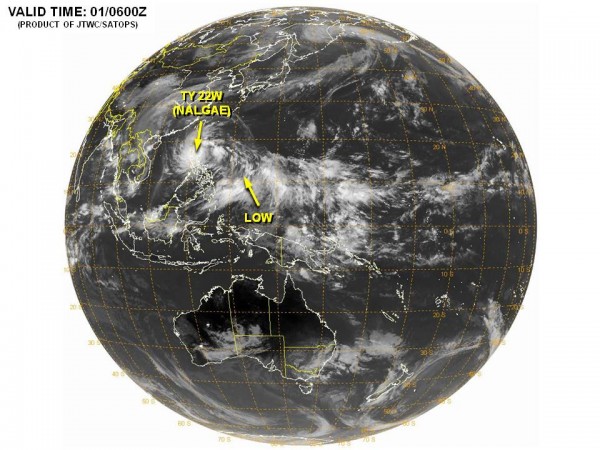