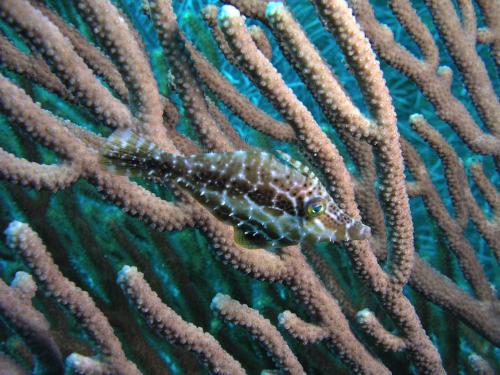 While warming seas are a leading cause in the decline of the world’s coral reefs, U.S. researchers have discovered cold temperatures can be just as devastating.

Scientists are the University of Georgia conducted a study of coral reefs in the Florida Keys following an abnormal episode of extended cold weather in January and February 2010 when temperatures on inshore reefs dropped below 54 degrees F and remained below 64 degrees F for two weeks.

When the researchers arrived just three weeks after the cold snap at Admiral Reef of Key Largo, they found the reef, once abundant in hard and soft corals, was essentially dead, a UG release reported Monday.

“It was the saddest thing I’ve ever seen,” post-doctoral ecologist Dustin Kemp said. “The large, reef-building corals were gone. Some were estimated to be 200 to 300 years old and had survived other catastrophic events, such as the 1998 El Nino bleaching event. The severe cold water appeared to kill the corals quite rapidly.” 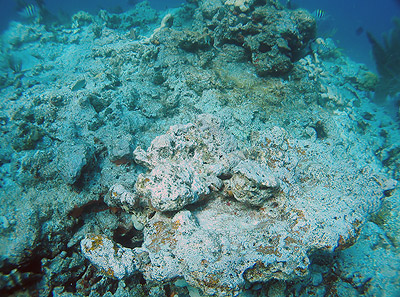 Taking samples back to their lab, they simulated the temperatures that had been recorded at Admiral Reef and tested the different corals’ physiological. They found that although responses varied depending on the coral species, in general the stress of extended cold temperatures had an effect similar to that of high temperatures.

Kemp said that the study’s findings should not be interpreted to downplay the major role of higher temperatures on corals’ decline, but that “the study shows that warming may not be the only climate-related problem for coral reefs in the future.” (TerraDaily)

Coral reefs are extremely sensitive to changes in light, temperature (bleaching), overfishing, damaging fishing practices, pollution, and excess sediment from development and erosion. Reefs in Southeast Asia are most at risk of damage due to these factors. Human activity is one of the greatest threats to coral reefs, particularly the destruction of mangrove forests that naturally absorb sediment and nutrients that can suffocate coral reefs with silt and algae blooms.

Cyanide fishing in the Indonesian and Philippine coral reefs of South Asia stuns and injures valuable fish. Although 85% of the world’s aquarium fish are captured with this destructive method, they suffer a 90% mortality rate usually several weeks after they have been poisoned by cyanide. Fishermen in developing countries depend on reef fish for income to provide for their families; however, illegal fishing practices and overfishing is depleting fish stocks in these areas, rapidly threatening the livelihood of these local populations. Fishermen hit the coral reefs with crowbars to shake out stunned fish and they also even fish with dynamite, which often destroys every living thing on the reef. Many reefs once teeming with life are now wastelands that even the most vigorous conservation efforts can’t begin to restore.

sq km of tropical coral reefs, Indonesia hosts about 33% of the total coral in the world and 25% of all fish species. However, in 2000 it was reported that over 70% of the coral reefs are in bad to fair condition due to fishing practices, out of control tourism, and long periods of bleaching. Coral reefs in the Philippines were found to be 77% less productive from 1966-1986, while the national population doubled in size. If the destruction continues, we will lose about 70% of the world’s reefs within 25-40 years.

The effects of El Niño during 1998 and 2004 are an example of the natural factors that influence the growth of coral reefs. During this El Niño, sea temperatures rose and many coral reefs were bleached or obliterated. Coral bleaching occurs when the single-celled algae vital for coral reef survival and known as symbiotic zooxanthellae are rejected from the coral, soft corals, some sponges and even Tridacna clams. The pigment containing organisms are lost as temperature or stress level due to increased light reaches intolerable levels. As temperatures return to normal, some reefs can recover within several weeks or months. However, equilibrium may not be restored due to global warming and the bleaching effect exposes corals to white and black band diseases. There is some evidence that global warming may actually add to the productivity of an ecosystem through an increase in carbon dioxide and higher temperatures, though the validity of this evidence remains to be seen.

Coral reefs and climate change, a message for Copenhagen from Earth Touch on Vimeo.

Massive coral bleaching occurred in the Great Barrier Reef of Australia between 1998 and 2002 and in reefs in the Indian Ocean, the Maldives, Sri Lanka, Kenya, Tanzania, and the Seychelles. Most areas in the Great Barrier Reef rebounded with little damage but in some areas approximately 90% of the coral has vanished. The reefs in the Indian Ocean suffered the most damage and 90% of the coral reefs were lost in the remaining five locations. In Indonesia, the damage is less extensive but more diversity is lost in an area significantly more difficult to restore. (MarineBio)