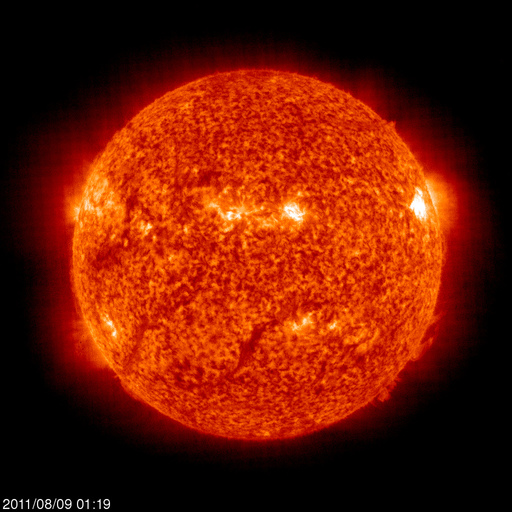 A second M-Class flare, this time a M2.5 took place at 03:54 UTC Tuesday morning around Sunspot 1263. This is in addition to the earlier M3.5 flare which we reported yesterday. The first flare produced a small, but fast moving (2010 km/s) Coronal Mass Ejection (CME). More analysis is needed to determine if part of it is earth directed. For now it looks like it isn't.

The second M-Class event is ongoing as of this posting and appears to be fairly long in duration. 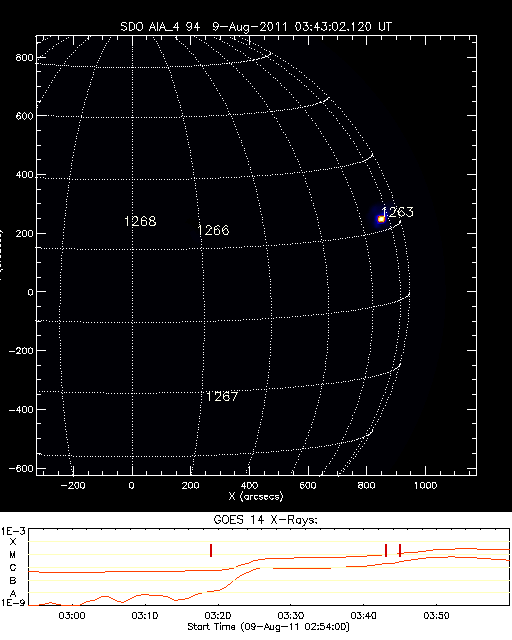 Solar activity was moderate. Region 1263 (N18W68) produced the largest x-ray flare of the period, a M3/1b at 1810Z. This event was accompanied by a Type II radio emission (3284 km/s) and a Tenflare (300 sfu). STEREO-A COR2 imagery indicated a CME first visible at 1824Z. Extrapolation from later images suggested a
speed of approximately 2010 km/s. Preliminary LASCO C3 image analysis suggested a speed of 1152 km/s. Region 1263 ended the period as a Ekc type spot group with beta-gamma-delta magnetic characteristics.The remaining regions on the disk were small, simple and relatively quiet.

Solar activity is expected to remain low to moderate for the next three days (09-11 Aug) with Region 1263 being the most likely source of activity. A slight chance for an isolated X flare and/or proton event remains through the forecast period. 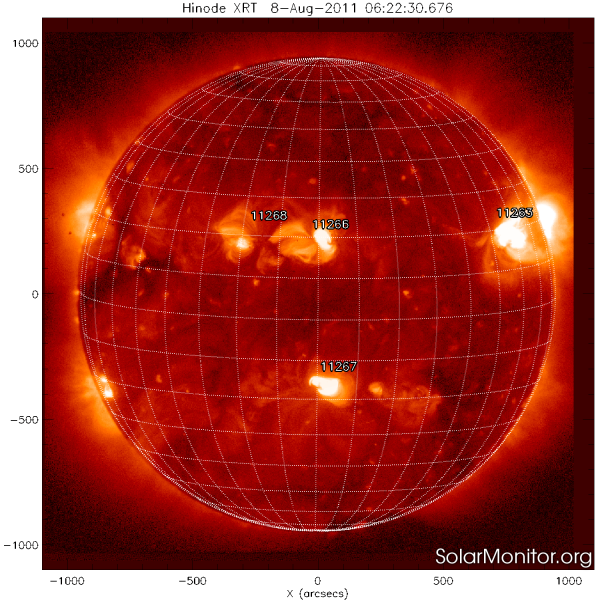 The geomagnetic field is expected to be predominantly quiet for the next three days in the wake of the coronal hole high speed stream. Further analysis of the CME observed in STEREO and SOHO imagery is underway to determine its geoeffective potential.

The geomagnetic field was quiet to unsettled as the effects from a recurrent coronal hole high speed stream began to taper off. Solar wind speed at the ACE spacecraft was approximately 600 km/s while the Bz component of the interplanetary magnetic field remained near zero. There was an enhancement of the greater than 10-MeV protons in response to the M3 flare mentioned above. The greater than 2 MeV electron flux at geosynchronous orbit reached high levels during the period. 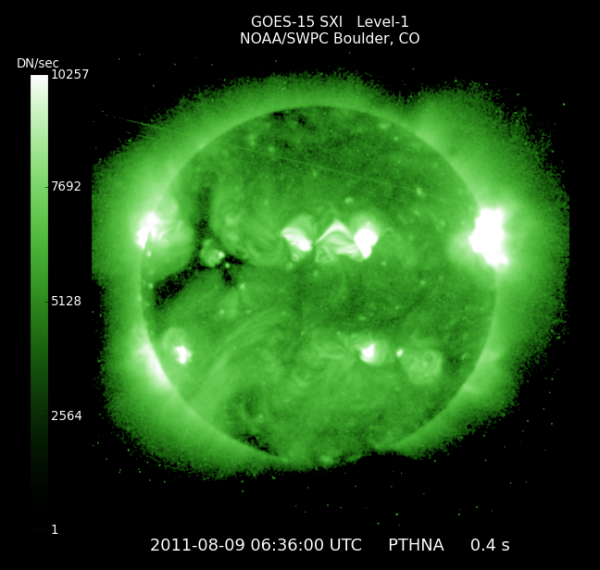