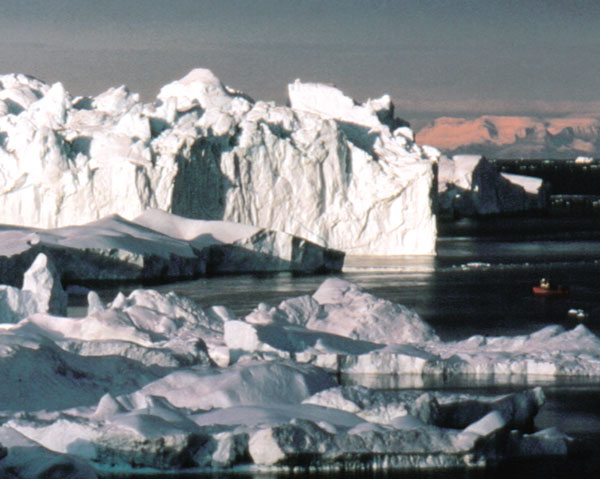 For the last 10,000 years, summer sea ice in the Arctic Ocean has been far from constant. For several thousand years, there was much less sea ice in The Arctic Ocean – probably less than half of current amounts. This is indicated by new findings by the Danish National Research Foundation for Geogenetics at the University of Copenhagen. The results of the study will be published in the journal Science.

Sea ice comes and goes without leaving a record. For this reason, our knowledge about its variations and extent was limited before we had satellite surveillance or observations from airplanes and ships. But now researchers at the Danish National Research Foundation for Geogenetics at the Natural History Museum of Denmark (University of Copenhagen) have developed a method by which it is possible to measure the variations in the ice several millennia back in time.

The results are based on material gathered along the coast of northern Greenland, which scientists expect will be the final place summer ice will survive, if global temperatures continue to rise. This means that the results from northern Greenland also indicate what the conditions are like in the ocean. 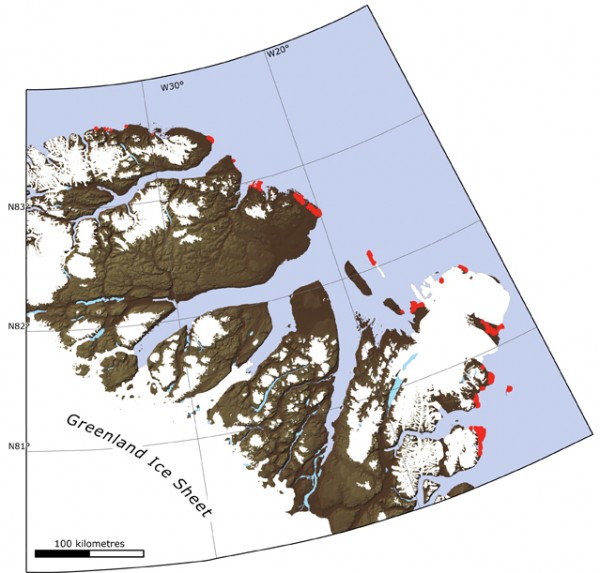 Team leader Svend Funder, and two other team members and co-authors of the Science article, Eske Willerslev and Kurt Kjaer, are all associated with the Danish Research Foundation at the University of Copenhagen.

During the so-called Holocene Climate Optimum, from approximately 8000 to 5000 years ago, when the temperatures were somewhat warmer than today, there was significantly less sea ice in the Arctic Ocean, probably less than 50% of the summer 2007 coverage, which was absolutely lowest on record. Our studies also show that when the ice disappears in one area, it may accumulate in another. We have discovered this by comparing our results with observations from northern Canada.

While the amount of sea ice decreased in northern Greenland, it increased in Canada. This is probably due to changes in the prevailing wind systems. This factor has not been sufficiently taken into account when forecasting the imminent disappearance of sea ice in the Arctic Ocean. 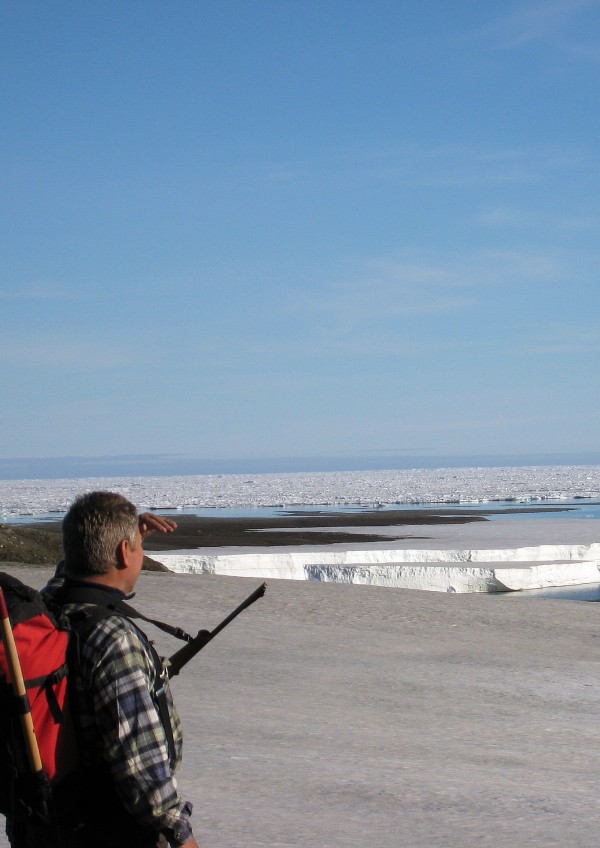 In order to reach their surprising conclusions, research team organised several expeditions to Peary Land in northern Greenland. Named after American Polar explorer Robert E. Peary, the region is an inhospitable and rarely visited area, where summer blizzards are not uncommon.

“The driftwood is from the outset embedded in sea ice, and reaches the north Greenland coast along with it. The amount of driftwood therefore indicates how much multiyear sea ice there was in the ocean back then. And this is precisely the type of ice that is in danger of disappearing today,” Funder says.

After the expeditions had been completed, the team needed to study the wood they had collected: wood types had to be determined and it had to be carbon-14 dated. The driftwood originated near the great rivers of present-day North America and Siberia.

The wood types were almost entirely spruce, which is widespread in the Boreal forest of North America, and larch, which is dominates the Siberian taiga. The different wood types therefore are evidence of changing travel routes and altered current and wind conditions in the ocean.

The team also examined the beach ridges along the coast. Today, perennial ice prevents any sort of beach from forming along the coasts of northern Greenland. But this had not always been the case. Behind the present shore long rows of beach ridges show that at one time waves could break onto the beach unhindered by sea ice. The beach ridges were mapped for 500 kilometres along the coast, and carbon-14 dating has shown that during the warm period from about 8000 until 4000 years ago, there was more open water and less coastal ice than today. 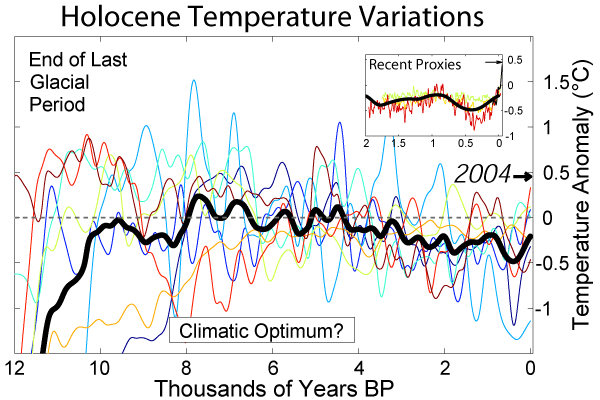 The good news is that even with a reduction to less than 50% of the current amount of sea ice the ice will not reach a point of no return: a level where the ice no longer can regenerate itself even if the climate was to return to cooler temperatures. Finally, studies show that the changes to a large degree are caused by the effect that temperature has on the prevailing wind systems. This has not been sufficiently taken into account when forecasting the imminent disappearance of the ice, as often portrayed in the media.

In addition to giving us a better understanding of what the climate in northern Greenland was like thousands of years ago, it could also reveal how polar bears fared in warmer climate. The team plans to use DNA in fossil polar bear bones to study polar bear population levels during the Holocene Climate Optimum. (UniversityOfCopenhagen)