Japan's massive tsunami on March 11 reached heights of up to 40 meters (131 feet), according to the latest data from Japan's Meteorological Agency.

That's the agency's best estimate, but the precise height will likely never be known because the earthquake and tsunami destroyed tide gauges and triggered blackouts and communication failures along the country's coast. The 40 meters tsunami was recorded in Miyako City in Iwate Prefecture, reported the NHK. Other cities had wave heights ranging from 10 to 35 m (33 to 115 feet). The tsunami spread across the Pacific Ocean, hitting Hawaii and California.

The tsunami was similar in height to the 2004 Indian Ocean tsunami, which killed an estimated 230,000 people in Indonesia. That tsunami reached heights of up to 30 m (98 feet), and was caused by an earthquake of between magnitude 9.1 and 9.3. 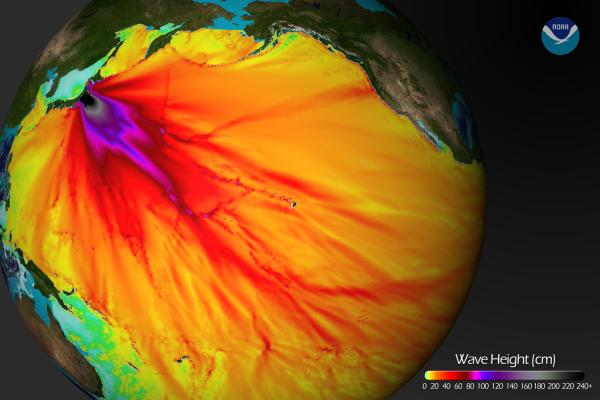 Japan's largest tsunami is believed to have hit the island of Kyushu, Japan, in May 1792, when one of Mount Unzen's peaks collapsed during an earthquake and volcanic eruption. An avalanche fell into Ariake Bay, triggering wave heights of up to 100 m (330 feet). The landslide and tsunami killed 15,000 people.

The largest tsunami in recorded history hit on July 9, 1958, at Lituya Bay on the southeast coast of Alaska. The wave is recorded at 524 meters (1,720 feet high), but because the area was relatively isolated and in a unique geologic setting, the tsunami did not cause much damage. It sank a single boat, killing two fishermen. 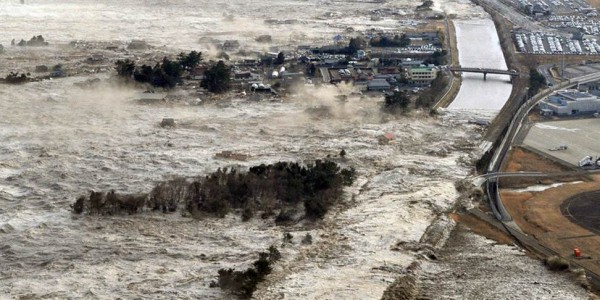 Japan's massive tsunami was caused by a magnitude 9.0 quake — the country's largest ever recorded — which struck off the coast of Japan's largest island, Honshu, on March 11. An estimated 30,000 people were killed during the earthquake and tsunami.

When an earthquake ruptures along a fault line, the surface around that fault is pushed up and then dropped back down. That movement displaces the entire water column above that chunk of the surface. Not all undersea quakes generate tsunamis, as some occur so deep in the Earth's crust that they won't cause this push. As the tsunami approaches a shoreline, where the rise of the continental slope means water levels are shallower, the wave begins to narrow and become higher. 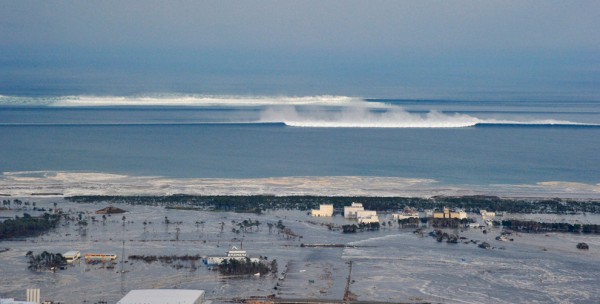 Waves have two parts: the peak and the trough. With a tsunami, the trough (the low point of a wave) is the first part to arrive, causing the sea to recede far from the shore — a telltale sign of an impending tsunami. Next, the peak of the wave hits the shore — a process called runup. Except for the largest tsunamis, most tsunamis do not result in giant breaking waves (like normal surf waves at the beach that curl over as they approach shore). Most tsunamis come in like a very fast-moving high tide. (OurAmazingPlanet)