After a period of heavy rains, about 200 million metric tons of rock tumbled down a remote Southeast Alaska mountain. The massive landslide, lasting about 60 seconds, occurred on October 17, 2015, and landed on the toe of Tyndall Glacier and into Taan Fiord in Icy Bay, Alaska.

The event generated a local megatsunami that sheared trees more than 152.4 meters (500 feet) up on a peninsula within the fiord. It was big enough to register at the nearest tidal gauge 155 km (96.3 miles) away. For comparison, the 2011 tsunami in Japan reached about 39.6 meters (130 feet) above sea level.

This event, now estimated as the biggest nonvolcanic landslide, by volume, in North America's written history, was registered by special seismograms monitored by the Global CMT Project at Lamont-Doherty Earth Observatory whose seismologists Göran Ekström and Colin Stark have invented a new technique that uses seismic waves to detect landslides in remote areas where they might otherwise go unrecorded. 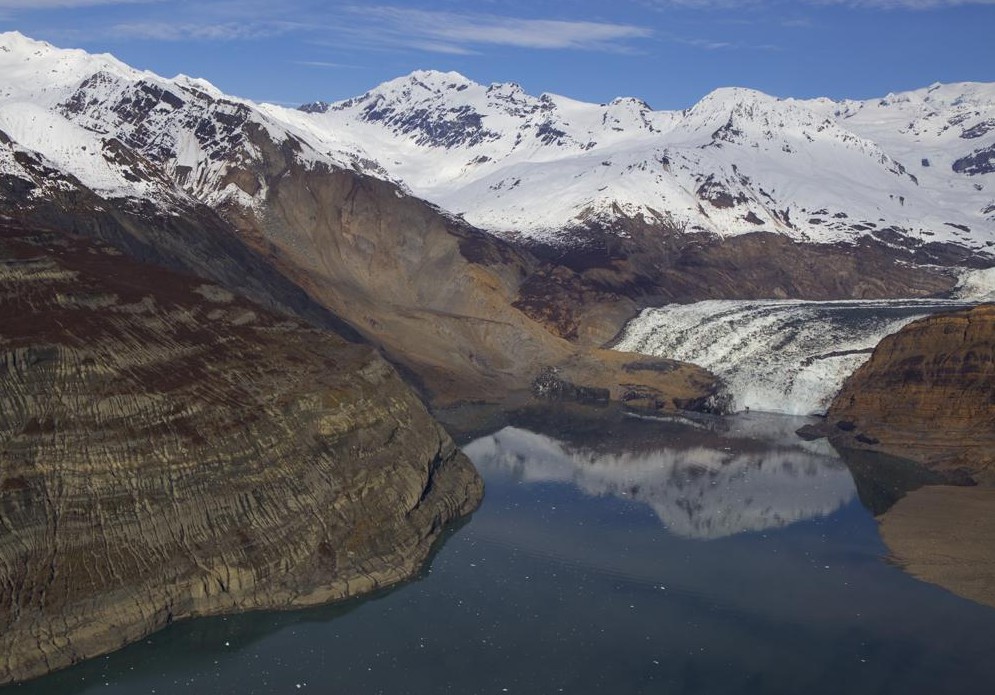 Since winter snows hid the damage generated by the tsunami it took several months to see the extent of the damage. Upon hearing a report from a pilot colleague that the landslide area of Icy Bay was free of snow, glaciologist Chris Larsen of the University of Alaska Fairbanks' Geophysical Institute flew there in his Cessna 180. Larsen used a camera system mounted in his plane to make a high-resolution map of the landslide and the path of the megatsunami.

"It almost blows away everything in the historical record except for Lituya Bay," Larsen said. "It's really a unique event to have a tsunami 100 meters (328 feet) high. If it was September or any time in the summer, the wave could have gotten a fishing boat or two."

The Lituya Bay landslide, Larsen referred to, occurred in 1958 after a powerful M8.0 earthquake. The wave that followed ripped spruce from 518 m (1 700 feet) up a mountain slope and left trimlines in the bay that are visible today. 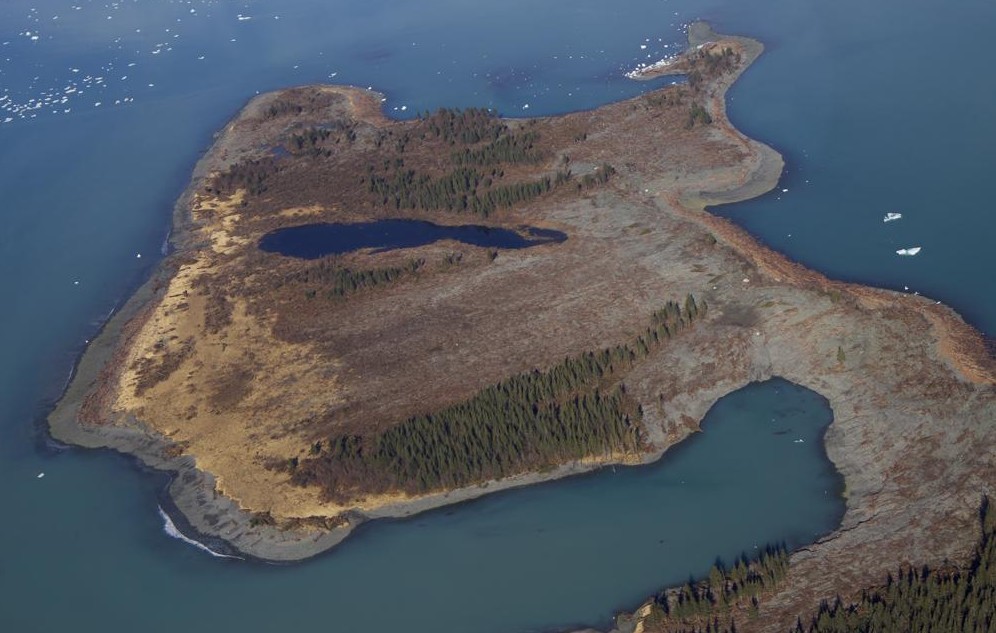 Icy Bay and places like it will have more landslides as time goes on, Larsen said. Warmer temperatures melt more glacial ice that buttress hillsides. When the ice melts, oversteepened slopes will fail. Sometimes it takes a big rain or an earthquake to shake them down.

"These megatsunamis are infrequent in the historical record but will most likely increase," Larsen added.