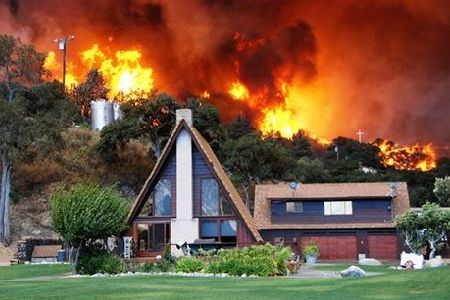 One of the largest wildfires in Arizona history threatened mountain retreats and spread ash and smoke as far away as Albuquerque, New Mexico, more than 200 miles away, officials said Saturday. Across the state, blazes have burned more than 250,000 acres.

More than 1,000 personnel were battling a large wildfire near Alpine in the east-central part of the state. The fire, of undetermined origin, had burned 140,000 acres by Saturday and prompted the evacuation of nearly 2,500 people. It was completely uncontained Saturday afternoon.

The fire, which began last weekend, has destroyed several log outbuildings and remained a large threat to vacation homes and other properties in Alpine and Nutrioso. Residents in those communities and a subdivision were evacuated. Apache National Forest in Arizona was closed to all public entry. As a precaution, because of the smoke and ash, a local hospital moved its patients, although the emergency room remained open.

Winds were expected to subside somewhat Saturday, but firefighting conditions could be tougher Sunday. Crews were throwing an arsenal of equipment against the wildfire, including nine helicopters, four air attack planes and nearly 80 ground vehicles. 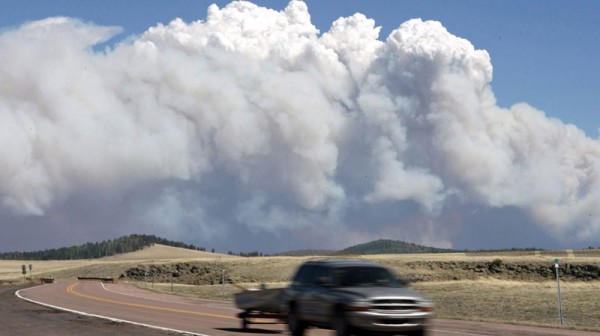 Albuquerque city officials, northeast of the blaze, advised residents to avoid outdoor activity and close windows and doors when heavy smoke is visible or can be smelled. The smoke alert was issued through Monday morning. Light ash has been reported in several areas of the city, according to CNN affiliate KOAT.

A second fire in southeast Arizona had burned more than 90,000 acres but was 50% contained, fire officials reported Saturday. The cause was under investigation. A mandatory evacuation order continued for the communities of Paradise, East Whitetail Canyon and the surrounding communities, according to KNXV. Chiricahua National Monument is temporarily closed. (CNN) 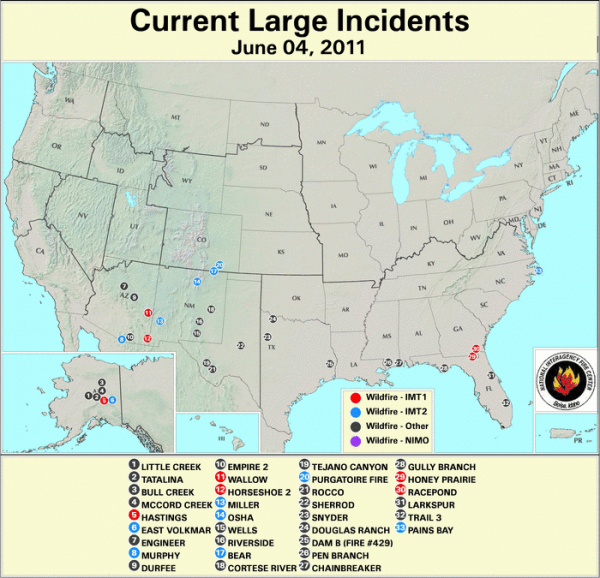 Wildlife officers are on the ground in the area of the Wallow Fire to help any animals that could be affected by the fire. One main priority is the survival of four packs of endangered Mexican wolves that live in the area. The Arizona Game and Fish Department is worried the fire could destroy a den where one of the packs is raising some pups. Officials say they can’t remove the pups and return them later because the adult wolves would not accept them. (KPHO) 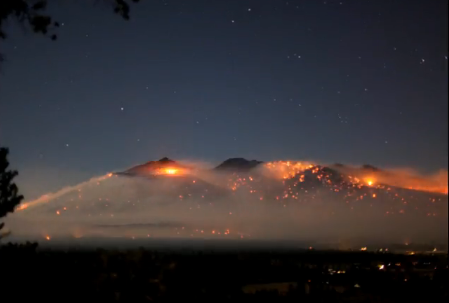