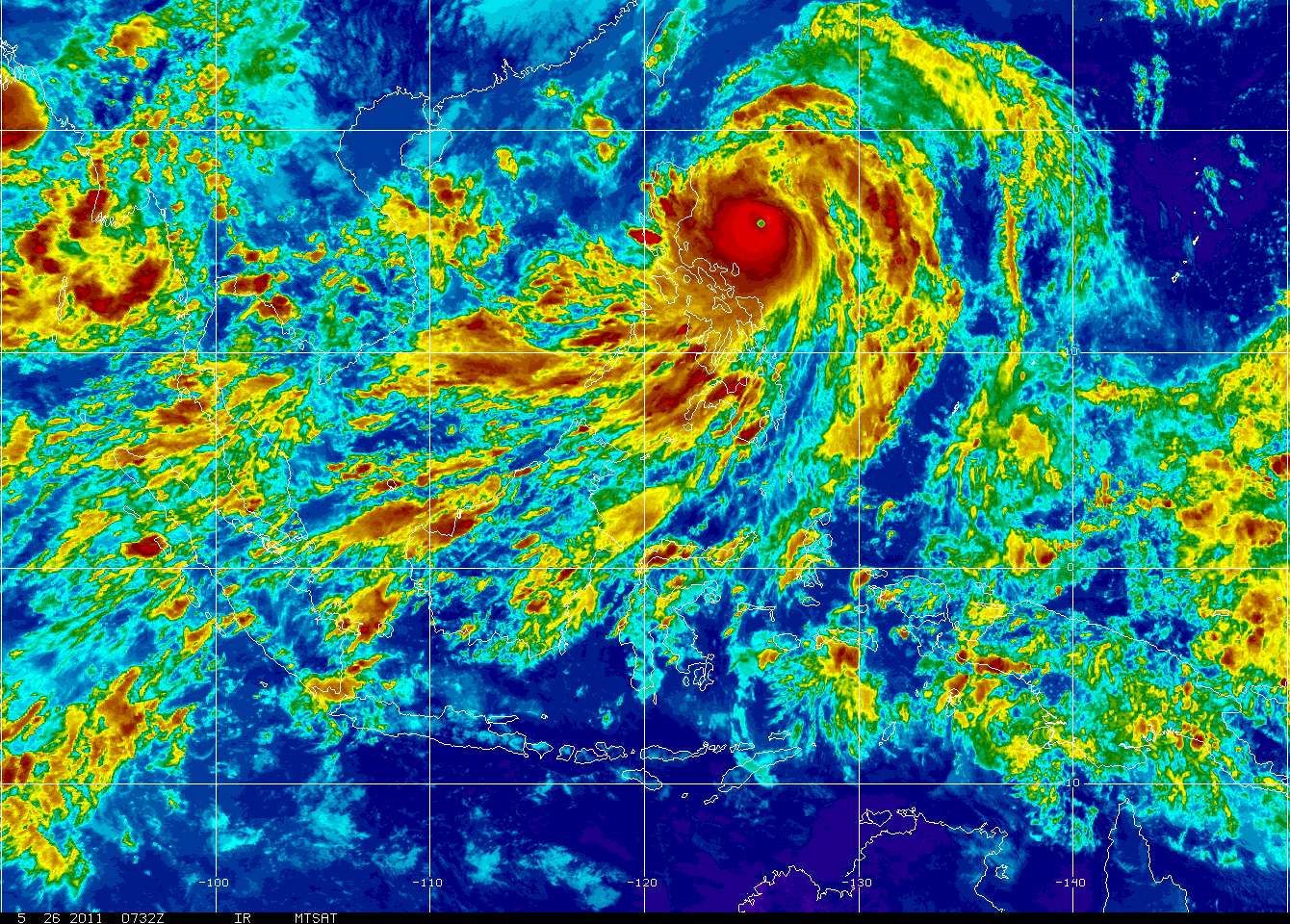 Typhoon Songda was expected to slam into the remote and mountainous northeast of Luzon on Friday, although it could change course and head towards more populated areas near the capital of Manila, forecasters said.

Forecasters said the typhoon, with sustained winds of 130 kilometres (80 miles) an hour and gusts of 160 kilometres an hour, was powerful enough to blow away roofs, uproot trees, damage crops and cause landslides. Songda was expected to bring nearly as much rain as Tropical Storm Ketsana in 2009, which flooded about 80 per cent of the capital and killed more than 400 people.

However,  it was too early to say whether Songda would match Ketsana’s intensity, nor was it forecast to dump the rains on Manila. The central Philippines was bracing for heavy rains to begin on Thursday as Songda blew past on its way to northeast Luzon. 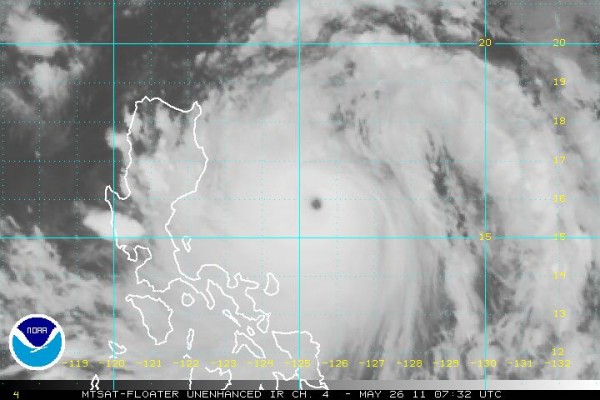 The National Disaster Risk Reduction Management Council said public storm warnings had been hoisted over 12 towns and provinces in the eastern and central Philippines. Residents in low lying and mountainous areas… are alerted against possible flashfloods and landslides.

An average of 20 storms and typhoons, some of them deadly, hit the Philippines every year. Tropical storm Aere left 31 people dead after cutting across Luzon island early this month. (AsiaOne)