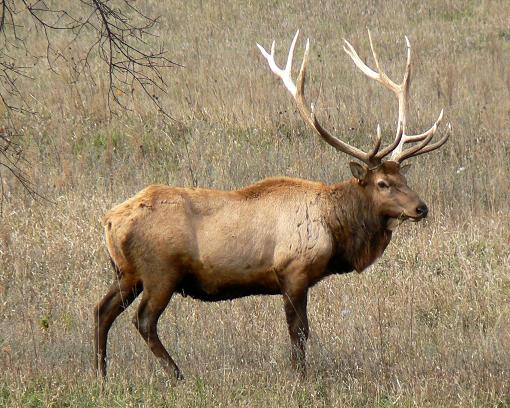 A record number of big-game animals perished this winter in parts of Montana, Idaho and Wyoming from a harsh season of unusually heavy snows and sustained cold in the Northern Rockies, state wildlife managers say.

“Elk, deer and moose — those animals are having a pretty tough time,” said Wyoming Game and Fish biologist Doug Brimeyer.

Snow and frigid temperatures in pockets of Idaho, Montana and Wyoming arrived earlier and lingered longer than usual, extending the time that wildlife were forced to forage on low reserves for scarce food, leading more of them to starve. Based on aerial surveys of big-game herds and signals from radio-collared animals, experts are documenting high mortality among offspring of mule deer, white-tailed deer and pronghorn antelope.

This comes as big-game animals enter the last stretch of a period from mid-March through early May that is considered critical for survival.

Wildlife managers estimate die-offs in the tens of thousands across thousands of square miles that span prairie in northeastern Montana, the upper Snake River basin in Idaho near Yellowstone National Park and the high country of northwestern Wyoming near the exclusive resort of Jackson.

Brimeyer said the estimated death rate doubled among deer fawns in the Jackson area this year, rising to 60 percent or more from 30 percent. Many thousands more elk have crowded the feeding grounds of the National Elk Refuge near Jackson, yet another sign of the toll winter is exacting.

The trend also is pronounced in a wildlife management area near McCall in the mountains of central Idaho, where the estimated mortality rate among mule deer fawns is 90 percent this winter, compared with an average annual rate of 20 percent.

Mike Scott, regional wildlife biologist in McCall for the Idaho Department of Fish and Game, said how animals fare during the lean months of winter – when snow blankets the woody shrubs and wild plants they favor –  is tied to fattening in fall.

Fawns born in early June are more resilient than fawns born as late as July since older offspring have more time to add to their body mass. Pronghorn antelope have been hit hard in eastern and northeastern Montana, where wildlife managers say nothing akin to this season’s die-offs has been seen in 30-plus years. 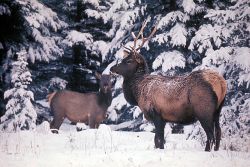 This season, that migration turned deadly for 700 or more antelope in northeastern Montana after the animals traveled along plowed railroad corridors and were killed by trains.

Scientists said their aim is to mitigate the effects of the die-offs by reducing pressure placed on herds by such activities as hunting and by delaying opening of wildlife habitat areas to people and vehicles.

As Idaho wildlife biologist Bret Stansberry put it: “We can’t do anything about the weather, we can only deal with the aftermath.” (Reuters)