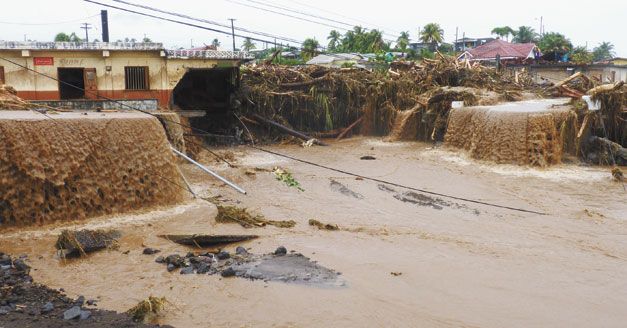 Flash flooding in parts of St Vincent has left millions of dollars in damage, the National Emergency Management Organization (NEMO) has reported. But the full extent of destruction caused by flash flooding in the north central area of the island on Monday and Tuesday is not known.

NEMO reported that landslides had blocked the Windward Highway at several points, from Biabou up to Sandy Bay. The Mount Young River, Sandy Bay River and other rivers in Georgetown had overflowed their banks, washed away vehicles, damaged a number of houses and flooded others.

Major damage was seen in Mount Young, where the bridge was impassable because of rushing waters and blockage by huge tree trunks. Other bridges, including that at the Georgetown Market, were blocked for a period of time, while the bridge in Basin Hole, Langley Park, collapsed under the weight of the water and debris. There were no known cases of death or major injuries as a direct result of Monday’s disaster.

Prime Minister Dr Ralph Gonsalves who returned to the island on Tuesday after delivering a lecture in Barbados at the Cave Hill Campus of the University of the West Indies, led a team of government officials that included parliamentary representatives, and officers from Housing and Land Development Corporation, as well as the Bridges, Roads and General Services Authority, the Ministry of Transport, Works and NEMO to have a firsthand assessment of the damage. (StabroekNews) 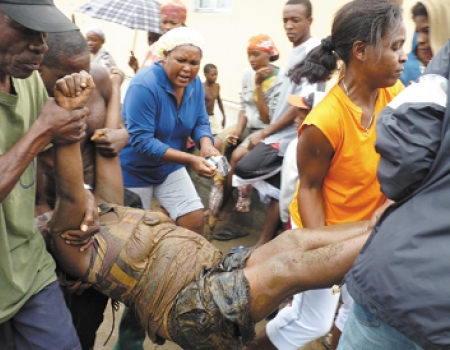