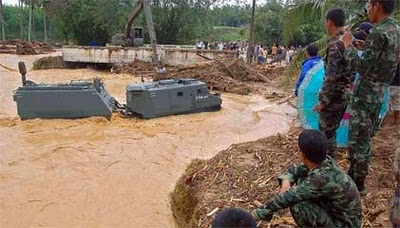 In what should be one of the hottest, driest times of the year, rainfall totals of more than 50 inches within little more than a week have left swaths of southern Thailand under water. Nearly 1 million people have now been impacted by the recent flooding.

At least 25 people have been killed in the flooding according to reports Friday. The flooding is responsible for several mudslides, as well as damage to thousands of roadways and hundreds of homes. Residents and tourists were stranded, as ferries and flights had to be canceled. The Thai military was involved in rescues. They also helped to search for victims of a deadly mudslide that struck the province of Krabi. 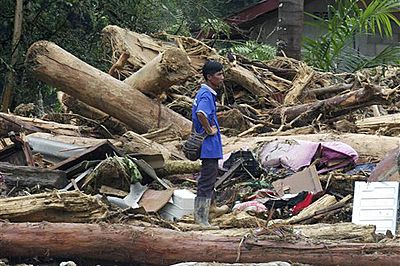 The nation’s only aircraft carrier, the HTMS Chakri Naruebet, reportedly ferried 734 holiday-makers to the mainland after their rescue from the resort islands of Ko Tao and Ko Phangan. The island of Ko Samui, a tourist hot spot, saw major disruption to transportation infrastructure, leaving more than 10,000 temporarily stranded.
Australian media said that more than 200 of its nation’s citizens were stranded by the flooding and mudslides, according to the Department of Foreign Affairs. 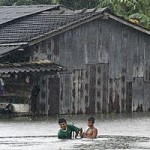 The badly affected location is on the Malay Peninsula, where 11 provinces of Thailand and an area within neighboring Malaysia suffered flooding rain and thunderstorms beginning at the middle of last week. In Thailand, disaster area declarations applied to at least eight southern provinces, according to government authorities. Data accessed by AccuWeather.com shows that rainfall since the middle of last week was more than 50 inches at Nakhon Si Thammarat, and nearly 44 inches on the island of Ko Samui. As much as 16 inches fell in the wettest 24 hours on Ko Samui.

Although the flooding threat is ongoing, the impacts are already being seen on agriculture and shipping across Thailand. More than 275,000 acres of farmland have been affected by the recent floodwaters, which will likely have a lasting impact on the nation’s agricultural production. Reports indicate that as much as 10 percent of the nation’s shrimp production has been damaged, as shrimp farms have been inundated by floods. (AccuWeather)

The FCO is advising against all but essential travel to Koh Phangan and Koh Tao. Electricity and communication are disrupted in the provinces of Krabi, Nakhon Sri Thammarat, Surat Thani (including the islands of Koh Samui, Koh Phangan and Koh Tao), Phattalung, Chumphon, Trang and Satun. There is a continued risk of mudslides and flash flooding in these areas. Check with your airline or tour operator before you travel. 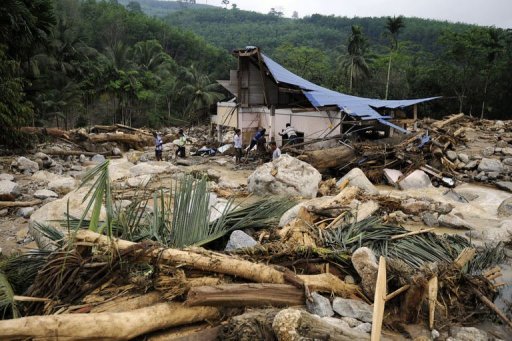 There are power cuts and food and water shortages in some parts of Koh Samui. Transport around the island is disrupted, and ferry services between the Koh Samui, Koh Phangan, Koh Tao and the mainland are not operating. Nakhon Sri Thammarat is currently closed. (Telegraph)

Torrents of muddy water have killed at least 30 people, left more than a 100 missing and injured hundreds more. Up to a 1,000 homes, schools, offices, stores and temples, as well as thousands of roads and bridges have been destroyed or damaged, as of posting. Tens of thousands of people , including many tourists, have been evacuated. 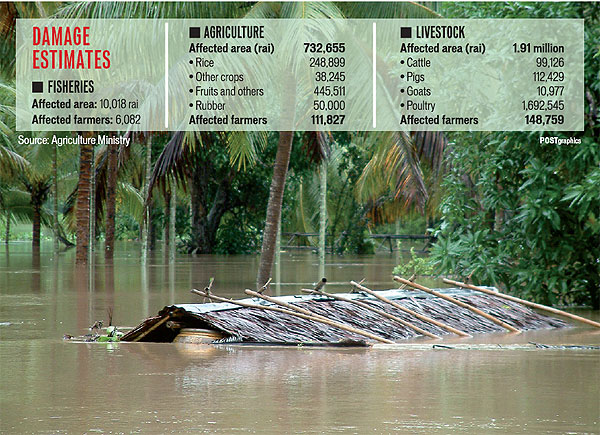