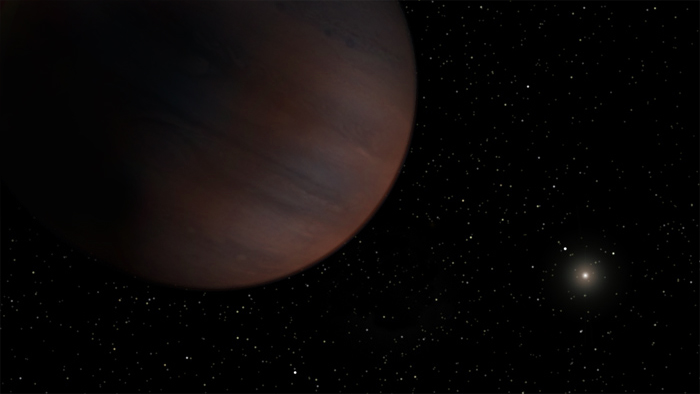 Kevin Luhman of Pennsylvania State University in University Park and colleagues have used NASA's infrared Spitzer Space Telescope to detect the glow of what appears to be a brown dwarf at just 30 °C (Astrophysical Journal Letters, DOI: 10.1088/2041-8205/730/1/L9).

The object, which orbits a white dwarf star 63 light years from Earth, weighs seven times as much as Jupiter. At that mass, it would normally be considered a planet. But planets form from discs of gas and dust around stars, and the researchers say that the object, known as WD 0806-661 B, lies too far from its star – at 2500 times the Earth's distance from the sun – to be deemed a planet if it formed where it is.

The object is a lot hotter than Jupiter, which is at a frigid -149 °C, and much cooler than the next coolest brown dwarf, at 100 °C. This means that WD 0806-661 B will act as a "missing link" to reveal how temperature affects the atmosphere and spectral features of objects that are roughly the size of Jupiter. (NewScientist)

A brown dwarf, about 75 light-years from Earth, "CFBDSIR J1458+1013B," the sub-100 degree Celsius (212 F) failed star was discovered by a group of astronomers headed by Michael Liu, of the University of Hawaii. They used the awesome power of adaptive optics on the 10-meter Keck II Telescope on Mauna Kea to probe the very faint infrared signature of this brown dwarf – which exists as a brown dwarf binary, orbiting with its partner, CFBDSIR J1458+1013A -revealing that the object may belong to a notoriously rare type of brown dwarf. This object is the faintest brown dwarf spotted by far and it is estimated to be only 6-15 times the mass of Jupiter. Although Y-class candidates have been spotted by other instruments, the Keck telescope has put a very tight constraint on the temperature of CFBDSIR J1458+1013B and it looks as if this brown dwarf has more "planet-like" qualities than "star-like" qualities, with a temperature of 97 degrees Celsius (give or take 40 degrees C).

Could CFBDSIR J1458+1013B be the missing link between stars and planets? How can we work out if this object is more like Jupiter, say, or more like the sun?

Regardless, CFBDSIR J1458+1013B is the coolest brown dwarf in the cosmic neighborhood and it could help us understand the point at which a star becomes a star and a planet becomes a planet. (Discovery News) 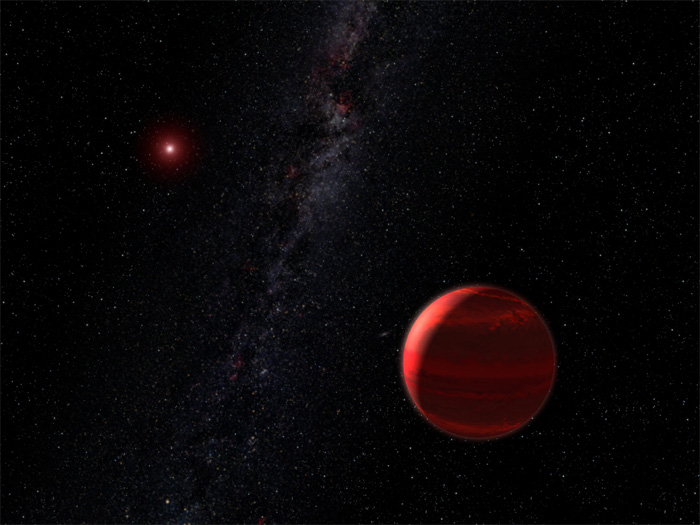 A newly published paper entitled “Discovery of a Candidate for the Coolest Known Brown Dwarf” describes the discovery of what might be the coolest known brown dwarf and a likely prototype for the spectral class Y. With an estimated temperature of 300 degrees Kelvin, WD 0806-661 B is a candidate for the coolest known brown dwarf and also cool enough for its atmosphere to contain clouds of water ice. WD 0806-661 B is in a wide orbit around a white dwarf star and if a similar age to its host star is assumed, WD 0806-661 B will be around 1.5 billion years old. Furthermore, based on evolutionary models of cooling brown dwarfs, WD 0806-661 B is estimated to have a mass of around 7 times the mass of Jupiter and this falls well within the range of masses for the more massive extrasolar planets. There are two mechanisms in which an object like WD 0806-661 B could have formed.

Firstly, WD 0806-661 B could have formed from the coalescence of a fragmented cloud of gas at its current large distance from its host star. Secondly, WD 0806-661 B could be a gas giant planet that had been dynamically scattered into a much more distant orbit around its host star. If subsequent observations confirm WD 0806-661 B to be the coolest known brown dwarf, it will become a valuable target for studying atmospheres in an entirely new temperature regime that will consequently aid searches for the coldest brown dwarfs with facilities such as the Wide-field Infrared Survey Explorer (WISE) and the James Webb Space Telescope. (WorldLife) 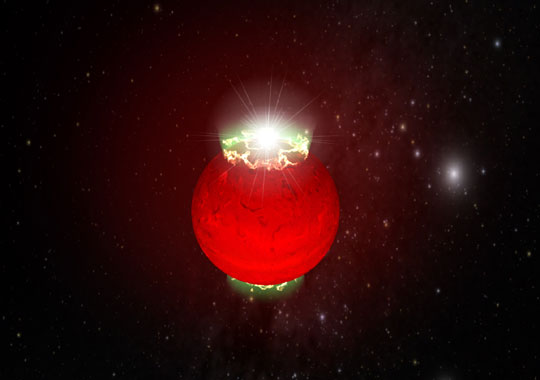 The discoveries of CFBDSIR J1458+1013B and WD 0806-661B (if it is indeed a brown dwarf) are unprecedented; they could represent a population of low-temperature brown dwarfs that have more "planet-like" than "star-like" characteristics.

They are so cool in fact that water vapor in their atmospheres could condense to form clouds of water droplets. Brown dwarfs that are capable of this belong to a specific "Y"-class family of these objects. Y-class brown dwarfs have only been theorized, but these two new discoveries are prime Y-class candidates.(DiscoveryNews)