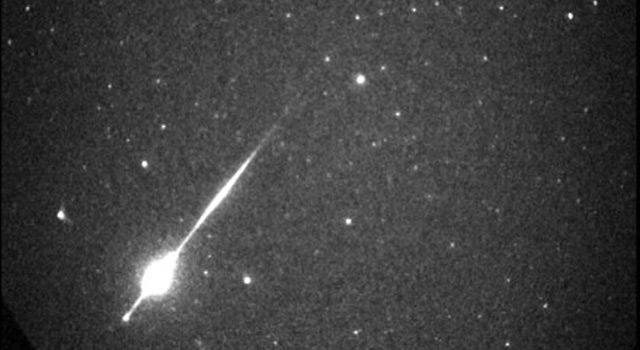 Every day about 100 tons of meteoroids — fragments of dust and gravel and sometimes even big rocks – enter the Earth's atmosphere. Stand out under the stars for more than a half an hour on a clear night and you'll likely see a few of the meteors produced by the onslaught. But where does all this stuff come from? Surprisingly, the answer is not well known. Now NASA is deploying a network of smart cameras across the United States to answer the question What's Hitting Earth?

Groups of smart cameras in the new meteor network triangulate the fireballs' paths, and special software that uses the data to compute their orbits and send email to NASA's Meteoroid Environment Office. The smart meteor network uses ASGARD (All Sky and Guided Automatic Realtime Detection) software, developed at the University of Western Ontario with both NASA and Canadian funding, to process the information and perform the triangulation needed to determine the orbits and origins of the fireballs. The Southern Ontario Meteor Network, or SOMN, composed of seven cameras, also uses the ASGARD system. In other U.S. meteor networks, someone has to manually look at all the cameras' data and calculate the orbits – a painstaking process. The network's first three cameras, each about the size of a gumball machine, are already up and running. MEO's team will soon have 15 cameras deployed east of the Mississippi River, with plans to expand nationwide. 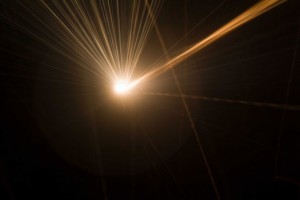 In addition to tracking fireballs and their orbits, MEO's system gives him other valuable information. It provides data on meteor speed as a function of size – and this is critical to calibrating the models we use in designing spacecraft. Meteorite hunters will reap benefits too. By determining a bright fireball's trajectory through the atmosphere, the network's software can calculate whether it will plunge to Earth and pinpoint the impact location fairly precisely. Opportunities like that, however, will be rare. "Most meteorites fall in the ocean, lakes, forests, farmer's fields, or the Antarctic," says Rhiannon Blaauw, who assists Cooke. "And the majority of those meteoriteswill never be found. But our system will help us track down more of them." 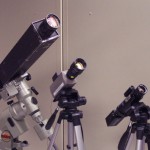 All cameras in the network send their fireball information to Cooke and to a public website, fireballs.ndc.nasa.gov. The cameras will be deployed in clusters of 5. One group will be spread over the Southeast US, another in the Ohio and Kentucky area (to overlap with the Southern Ontario Meteor Network, or SOMN), and another along the Atlantic coast in the NorthEast.

Teachers can contact Cooke at William.J.Cooke@nasa.gov to request teacher workshop slides containing suggestions for classroom use of the data. Students can learn to plot fireball orbits and speeds, where the objects hit the ground, how high in the atmosphere the fireballs burn up…

"Go out on a clear night, lie flat on your back, and look straight up. It will take 30 to 40 minutes for your eyes to become light adapted, so be patient. By looking straight up, you may catch meteor streaks with your peripheral vision too. You don't need any special equipment — just your eyes."

The meteorite will have been altered by its journey, so it is not a pristine sample, but, says Cooke, it is a good enough sample to give you basic characteristics of the non-volatiles. (NASA Science News)